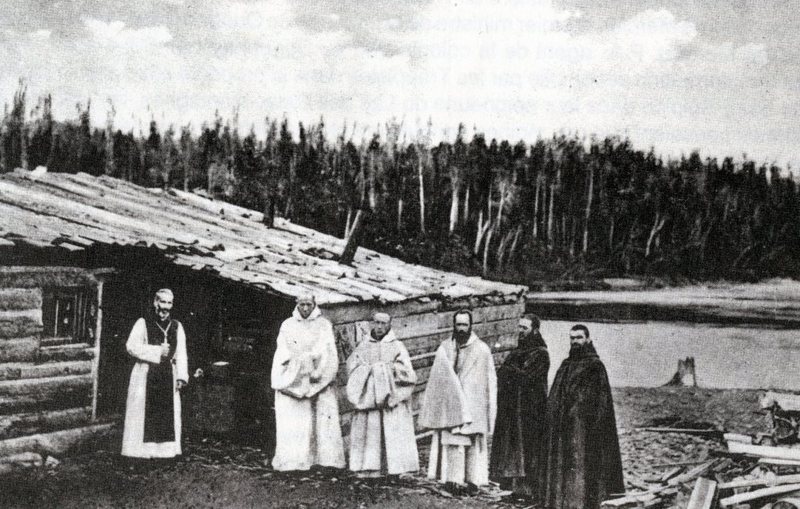 The history of the establishment of the Trappist Fathers near the Mistassibi River dates back to 1890 with the purchase of the properties from squatter François Gaudreault. At that time, the top of the Lake was not very developed. The action of the monks to settle on this still virgin territory was very much in the spirit of the time; they hoped to create and develop communities in the newly opened regions for settlement, and hoped to redirect migration to Québec rather than to the United States. The clergy played an important role in these settlement efforts. One of the main proponents of the Trappist settlement was Monsignor Calixte Marquis.

On September 18, 1890, Monsignor Marquis - accompanied by Land Officer Abbé Lizotte of Roberval and Trappist Father Dom Antoine Oger of Oka - arrived at François Gaudreault’s home. They offered him the sum of "500 piastres" to redeem all of his properties. The squatter accepted, worn out by the toil of his labour and having failed to correctly draw a livelihood from this difficult land. It is also said that he was impressed by the amount of money offered him. The contract was signed on a big tree stump, near the junction of the Mistassini and Mistassibi rivers.

It was not until November 1892 that the first monks arrived to settle in the new facility. Father Louis de Gonzague Emonet, Father Bernard Roy and Brother Bruno Demers formed the team of first arrivals. They lived in the Gaudreault cabin, but the new community quickly felt cramped...
Get directions
QR code

Excerpt of
The Trappist Monks, Brave Momentum for a New Country