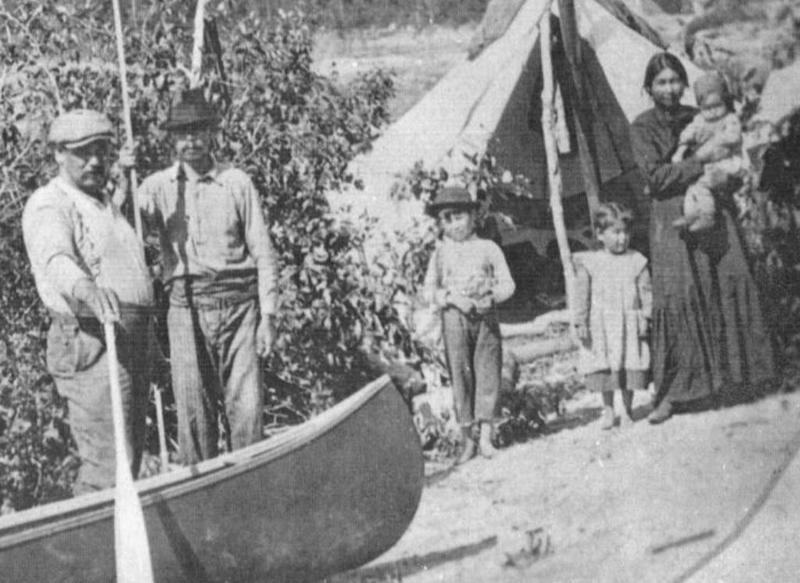 Like many place names in Québec, Ashuapmushuan comes from Cree, a First Nations language, and means "River where we watch for moose." Surveyor Normandin translated it rather by ‘'Lake where Moose run ashore’’, explaining that the moose reached the shore after crossing the river.

In 1671, Jesuit Brother Charles Albanel took the Ashuapmushuan River on an initial trip to Hudson Bay. Along the way, he came across five Atikamekw and Mistassirinin canoes paddling from the Bay with bad news. One of the First Nations persons on board had been killed and another taken prisoner. Natives traveling with Albanel refused to suffer the same fate. Forced to winter in the Ashuapmushuan sector, Albanel did not set off until June 1672, when an elderly Mistassirinin chief accepted to guide him to his destination.

In 1732, Joseph - Laurent Normandin met local indigenous people which he identified as being Tak8amis (Takouamis). The "Checoutimy savages" accompanying Normandin didn't know the area. This is why they asked the help of Chief 8ap8iane (Ouapouiane) - or "Hare skin" - who offered two of his children as tour guides.

Albanel, Normandin and many other explorers witnessed the kindness of the First Nations people.