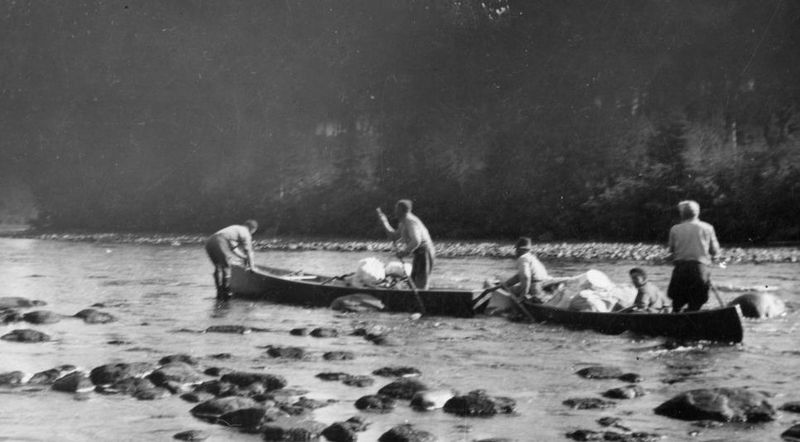 In an age where travel was on horseback, or even on foot, and lasted for days and even whole weeks, the best channels for trading were the waterways. Fast and linked to each other, they allowed the First Nations people and the coureurs de bois to trade fur and weapons by plying the new world’s "highways of water’’.

Among them, the Ashuapmushuan   was indispensable to reach northern Québec. At the heart of regional history, it was plied for centuries or even millennia. From Lac-Saint-Jean, it was used right to Lac Ashuapmushuan, from which the coureurs reached James Bay and Hudson Bay.

Apart from its geographical position, the Ashuapmushuan River was favoured through the establishment of the Ashuapmushuan trading post in 1685. It constituted a strategic stopover between the Lac Mistassini and Tadoussac trading posts, and from 1688 to 1713, this new trading post became the hub of the fur-trade route and took a leading role due to its location.

To achieve this, the voyageurs (boatmen) plied the Ashuapmushuan River along its entire length. Many men were involved in exploring the territory and mapping the land and navigable boundaries in this part of the continent. The intertwined network formed by vast expanses of water made this possible, spawning a direct path to the most remote places. Explorers whose names became geographical names travelled along the Ashuapmushuan: Joseph-Laurent Normandin, Father Charles Albanel and Joseph Bouchette.