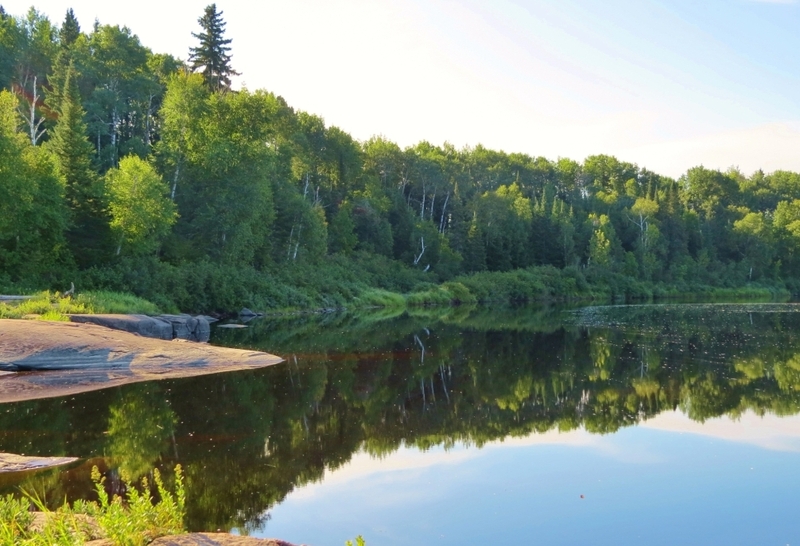 Samuel de Champlain was aware of a nomadic people living on the Mistassini early in the 17th century, but access was denied him. Referred to as "the Montagnais preserve”. Father Jean de Quen was the first to venture on the Piékouagami that he later renamed Lac-Saint-Jean. This paved the way for dozens of explorers who through this Lake, could reach the rivers.

In 1671, Father Charles Albanel was given the mission of bringing back Desgroseillers and Radisson into the French trading camp. To do this, he had to reach Hudson Bay up the Ashuapmushuan to Lac Mistassini. It is assumed that Father Albanel was the first to have traversed the Mistassini River; this is all the more credible knowing that Surveyor Normandin named a township along the river in his name.

In 1674, it was Father François de Crespieulè’s turn to cross the river. This Jesuit missionary would evangelize the Mistassinis and other Montagnais people for 30 years. In 1679, Louis Jolliet went to Lac Mistassini by borrowing the Mistassini River for his way back. On his maps, he illustrated the legendary Lac Timagaming and its tributary branch called the Kokigatsipi River.

Botanist André Michaux went up the river in 1792, and explained that the name Mistassin had been attributed to the river by Jesuit missionaries, because "we once believed that we could go up this river right to Lac Mistassin” while in truth, it was not a direct continuation.