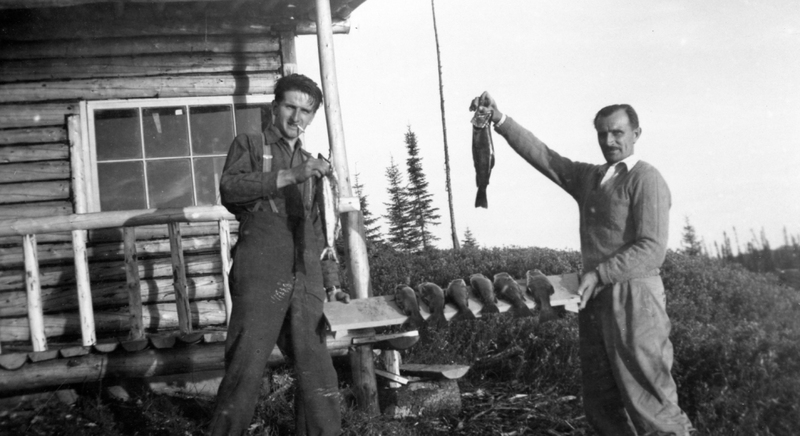 The Mistassini River’s ecosystem is very rich with at least 18 species of fish. Their habitats are divided into the various areas of the river. This diversity of aquatic wildlife represents a convincing indicator of the waterway’s health.

Among the variety of species present, four of them are most sought after by fishing enthusiasts: landlocked salmon (ouananiche), walleye, northern pike and lake whitefish. Landlocked salmon and yellow walleye are subject to special protective attention.

The attention for landlocked salmon, is due to the history of its species. The origin of this fish is the Atlantic salmon, which inhabited the area when it was covered by the Laflamme Sea, about 10,000 years ago. The waters receded and desalinated, but the salmon remained, adapting to this new environment and the fresh water. This unique fish was caught in the region by fishermen from around the world at the beginning of the 20th century. In the Innu language, its name means "the little lost one”. It, indeed, strayed from the ocean where the salmon lived.

The yellow walleye has been protected for twenty years because of its diminishing population. In fact, it is the second ranked species fished in Québec, and overfishing has decreased its number. However, walleye fishing quotas are higher in the region, due to the better overall health of the species in our territory.