Kind Origin of the Vauvert Beach

The Kind Origin of the Vauvert Beach 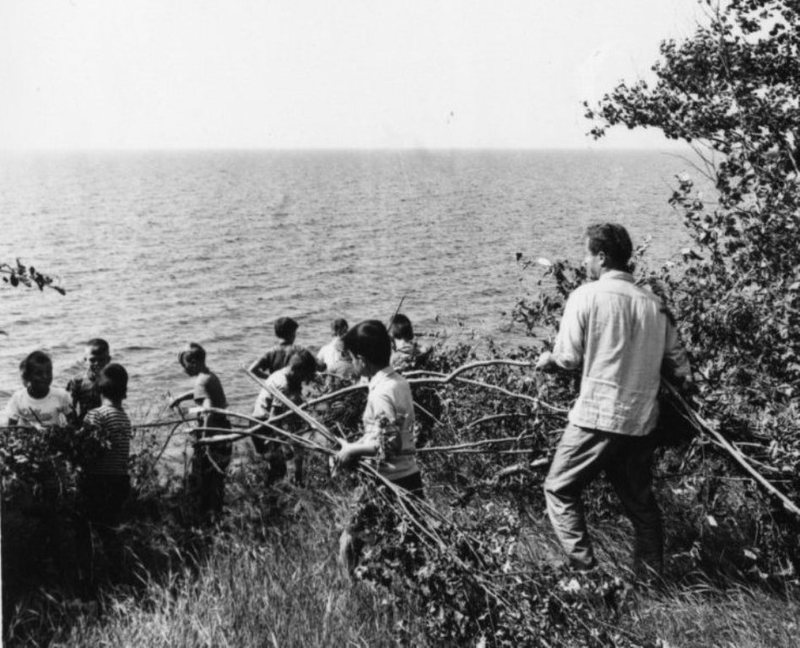 If the Plage de Vauvert is as busy as it was, it was due to Brother Camille Héon, also known as brother Jude, Director of the St-Tharcisius de Dolbeau elementary school, whose kindness of heart established a summer camp for young people in the sector. The Association des Anciens Élèves de l’Amicale (alumni) to which he belonged with other Christian-educated Brothers, took possession, in 1964, of a 2800-foot property in Vauvert to make a safe beach out of the sandy lake edge so that everyone could benefit from it.

Brothers, workers and young alumni all worked at the task. Slashing, pruning, cleaning of undergrowth and cutting down trees beautified the property. From the start of the work, the Conseil de l’Amicale made an application to the Superintendent of Rivers, Marcel Pelletier, to obtain a camp from Lac Louise which had been earmarked for certain destruction. The response was positive: Price Brothers company agreed to cede the Pilote 40-foot by 30-foot camp for a measly sum of $1. With this donation, more than 2000 young people had access to this little corner of paradise.

Cadets, crossing guards, summer camp youth and the Amicalistes all had tremendous pleasure at this resort spot. Activities organized by the Brothers, such as the maple taffy feast, ceased in 1969, and lots were sold to vacationers over subsequent years.