The Brother Workers of St.Francis-Regis 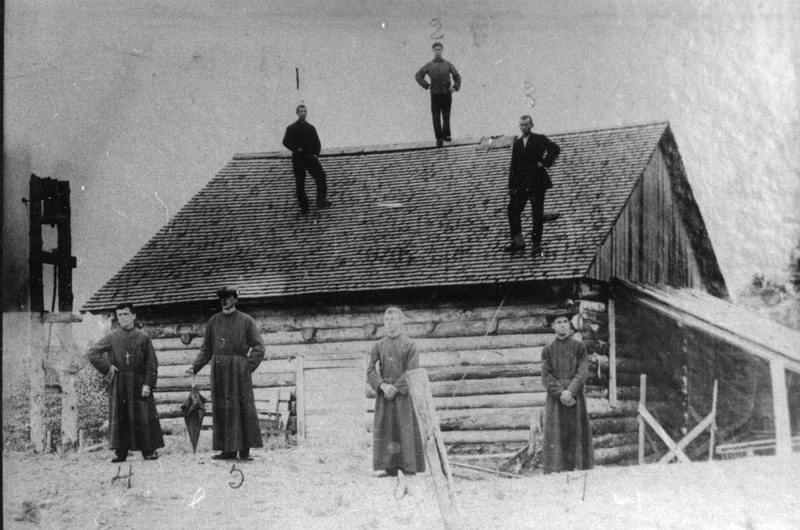 The history of Vauvert would not be complete without the story of the Saint-François-Régis Brother-workers. This Christian teaching institution saw the light of day in France in 1850 with the mission to take orphans from poverty and instil in them the fibre of rural life.

In 1903, the French Authority announced the start of secular education, resulting in the closing of the facilities of Brother-workers’ facilities. Other than returning to civilian life, eight brothers left for Lac-Saint-Jean to clear lots north of Péribonka. All participated in the setting up of a sawmill and a shed, buildings which they left in 1905 to operate more fertile lands in the Dolbeau and Racine townships.

It was during the establishment of a post office that the territory was give the geographical name of "Vauvert", likely suggested by Brother Superior Charles Stackler. An agricultural orphanage, a novitiate-seminary, a sawmill, a chicken coop, a pigsty and several other buildings were placed on the lands of those called the "Brothers of Vauvert".

These Brothers enlivened the lives of many penniless and family-less children through courses at the orphanage and with activities such as brass-band and farm work. Living from what was grown in the earth, the community operated an experimental garden containing many grains and vegetables. Furthermore, we owe them the first potato crop.

In 1928, the water level increase of the lake flooded the Brothers’ lands, and they were forced to leave Vauvert forever in 1938.