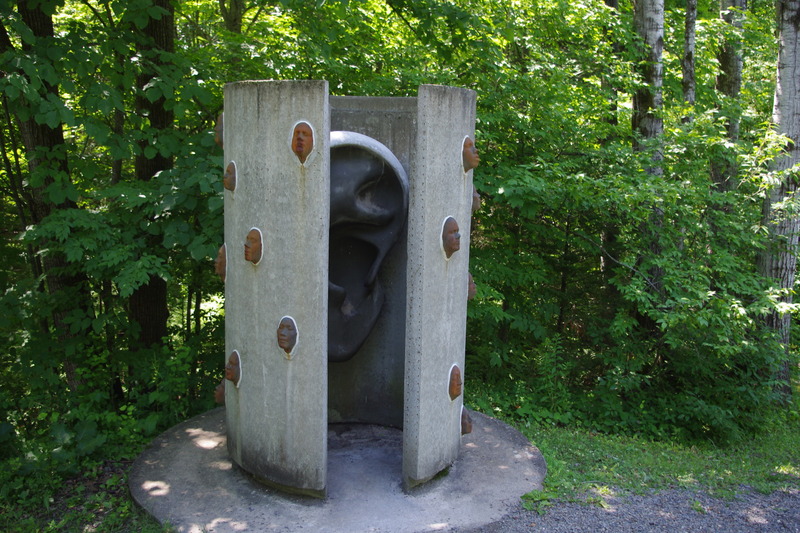 According to ancient oriental philosophy, the OM is the sacred syllable that forged the world, the primordial sound from which memories of the most ancient traditions of knowledge emerged.

The sculpture, which represents a big ear enclosed within an cylindrical structure opened in its own segment, looks to emphasize the necessity of generating a respectful atmosphere at the moment of listening and to emphasize time itself, which the opening to listening to the outside world signifies.

The creature which is listening is a creature that sings, vibrates, that is alive.

Living so as to be able to be in unison in a cosmos that continuously sings the wellness of its presence.

Extract of
Artria - The Open-Air Museum