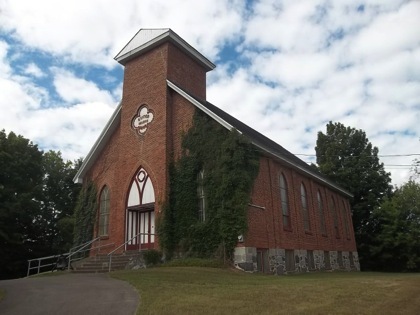 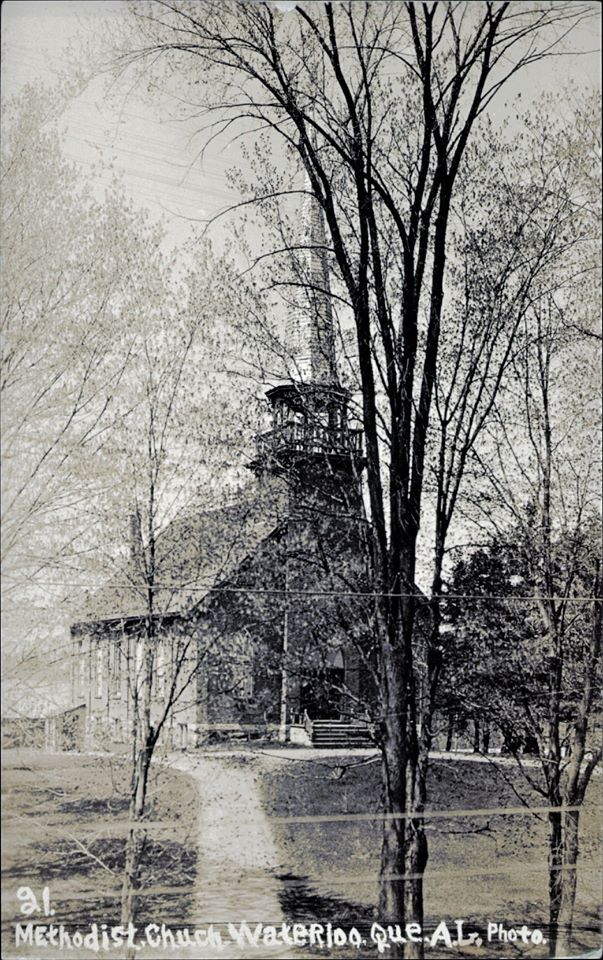 Before its integration into the United Church of Canada in the 1920s, St. Paul’s was a Methodist church. In 1880, with 250 members, Methodism was the second most popular Protestant religion in Waterloo, with Anglicans in the first place. With the popularity of this brand of religion, the reverend J.A. Dorion had formed a French-language Waterloo Methodist Union and recruited 25 members. Theologically speaking, Methodism prescribed personal saintly behavior and a very disciplined or ‘Methodical’ lifestyle. True to its Anglican origins, Methodism preserved the sacraments of baptism and communion, with a strong emphasis on evangelical preaching and the necessity of personal conversion.

To continue the tour: Continue walking along rue Foster, across rue Lewis, towards the Catholic Church.