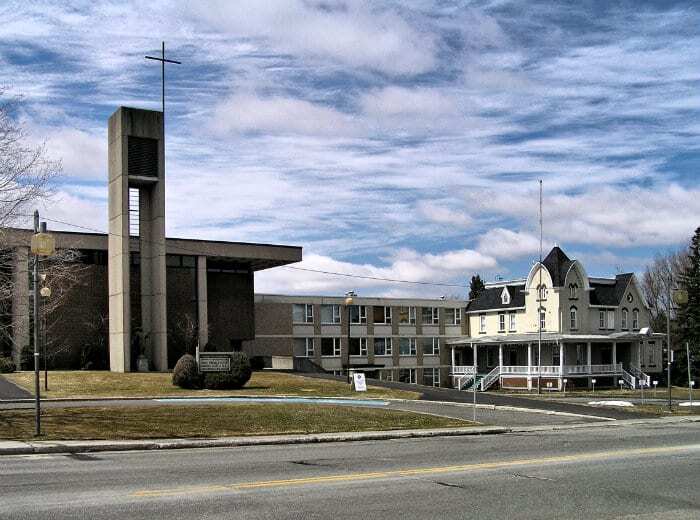 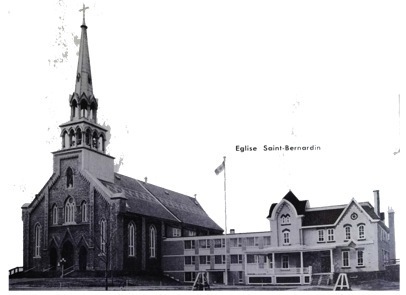 In Waterloo, the Catholic population was made up of an overwhelming majority of French Canadians, since there weren’t many people of Irish descent in the community. In 1864, when the first church was being built, there were 51 Catholic families living in the town. This number would soon grow to 150, with only 16 of them Irish; it was clear that they needed a second, bigger church. Completed in 1881, the second building would be destroyed on June 11th, 1974, after being struck by lightning. It was replaced by the church we see on the spot today.


To continue the tour: Walk a few steps along rue Foster to see the church’s presbytery building. 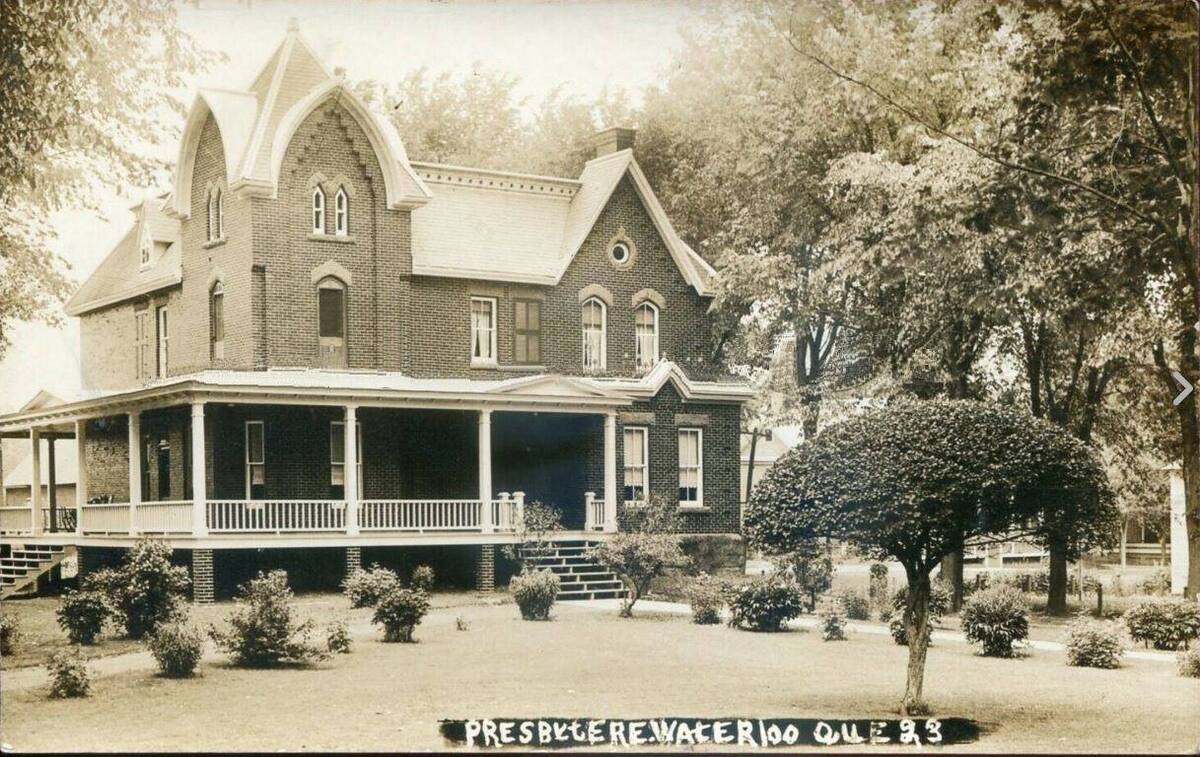 Some men can be considered builders of the Church, and the priest Joseph-Cléophas Bernard was certainly one of those. Four years after he was ordained, in 1879, he helped to build the rectory in Salmon River, in Nova Scotia. In 1887, he undertook the construction of the rectory at Saint-Bernardin’s in Waterloo, where he had recently be named parish priest. When the rectory was complete, Father Bernard founded a college for Marist brothers in Waterloo, which he completed in 1891. Two years after being designated parish priest in Sorel, in 1893, he founded an orphanage.


To continue the tour: Continue walking along Foster to the Beaulne building at the corner of rue Foster and rue Young.