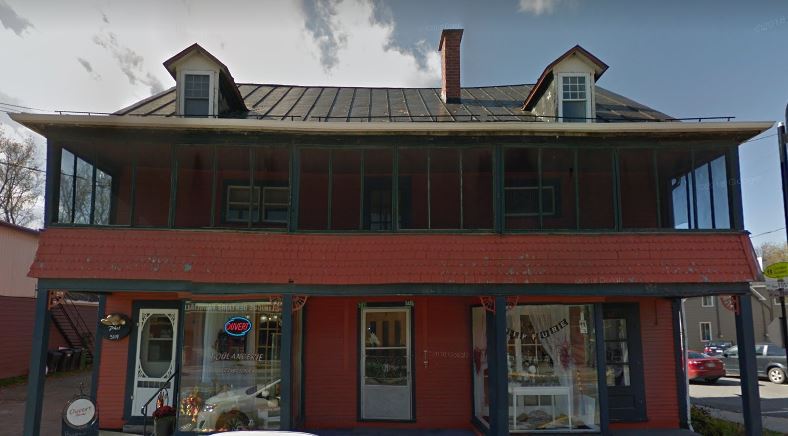 The Journal de Waterloo, that occupied this building from 1888 to 1956, was a weekly paper with the vocation of defending the rights of French Canadians, whether they lived in Waterloo or another region. It was the Journal de Waterloo that led the campaign against the raising of a statue of Sgt. Latimer in Granby, who had been killed in the Boer War, a British conflict that Canada should not have participated in, according to the newspaper. In 1917, during the First World War, the Journal vehemently opposed the practice of conscription, calling it an assault on the freedom of the francophone population.

To continue the tour: Follow rue Foster to the tourist kiosk. At the tourist kiosk, continue through Parc Artria (behind the kiosk parking lot), and across Stevens Bridge (Pont Stevens). Continue straight up to rue Western and turn left at the intersection