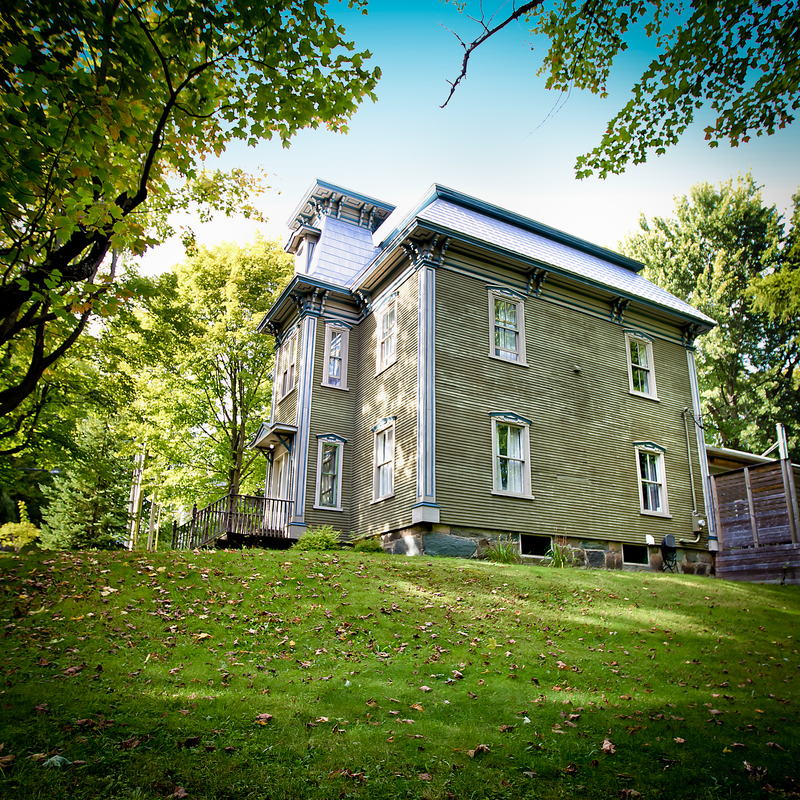 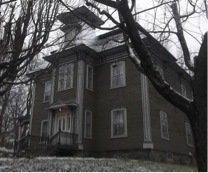 For nearly a century, from 1895 to 1986, a member of the Tenny family lived in this house. This is even more notable considering that the number and proportion of English-speaking residents was in steady decline over the same period. At the turn of the 20th century, English speakers made up half of the population, but by 1986 they were just one in five. The last member of the family to own the house, William Tenny Hall, would remain true to his roots: he was buried in 2012 in the Protestant cemetery in Waterloo, even though he had been living in Montreal for a number of years.

To continue the tour: Follow Allen down to Foster. In bygone years, this intersection formed the heart of the village and probably looked quite different. Cross Foster – the Allen house is behind the former gas station.