Birth of a Company Town 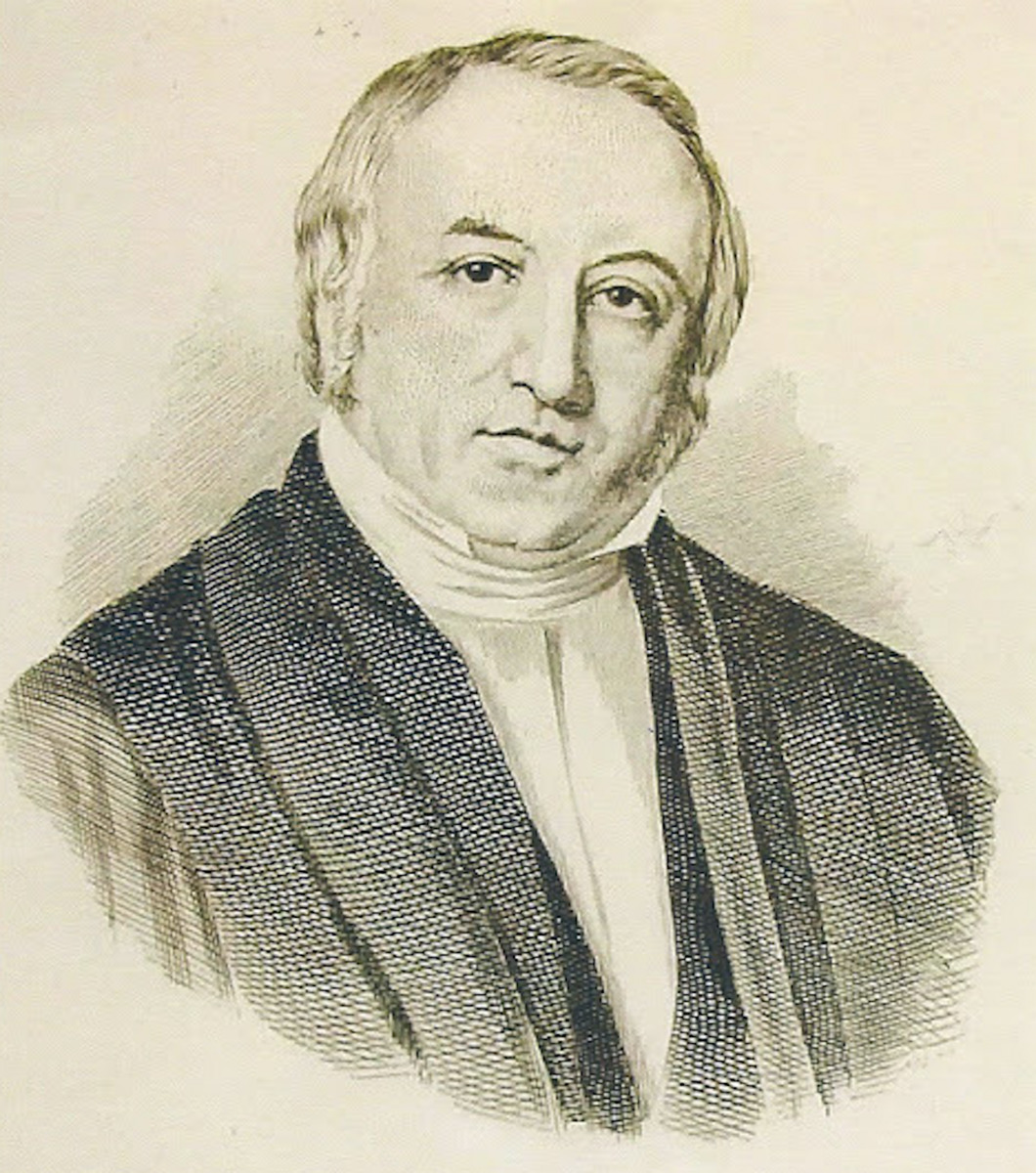 After his participation in the events of 1837-38 with the Patriots defending the principles of equality, justice and respect of common values in Quebec, Augustin-Norbert Morin, Commissioner of Crown Lands for the Government of Lower Canada, bought land in the Township of Abercrombie in 1842.

He had a large house built by his friend Onésime Lamoureux on the top of a hill overlooking the North River. To help settlers, he added a sawmill, carding room and flour mill. He gave the territory the name of his wife, Adèle. The mission of Sainte-Adèle was created in 1846. Between 1848 and 1852, the parish priest of Saint-Jérôme used the Morin residence to celebrate mass four times a year as well as for baptisms and weddings.

In 1861, he sold his property and farmland to Doctor Joseph-Benjamin Lachaine. Onésime Lamoureux took possession of seven acres of land in 1864. Prime Minister of Lower Canada and superior court judge, Morin died in 1865 in his former residence in Sainte-Adèle that he never occupied.

The mill operated by Camille Lachaine was sold in 1900 to Charles R. Burligh before being sold two years later to the North Lumber and Pulp Company, who in turn sold it to the Rolland Paper Company.

Despite some setbacks, the Lamoureux family remained there until the 1980s. Over time, the house was used in various ways. This magnificent property with its traditional Québécois architectural style reflects the influence and work of the Honourable Augustin-Norbert Morin while here in Sainte-Adèle. 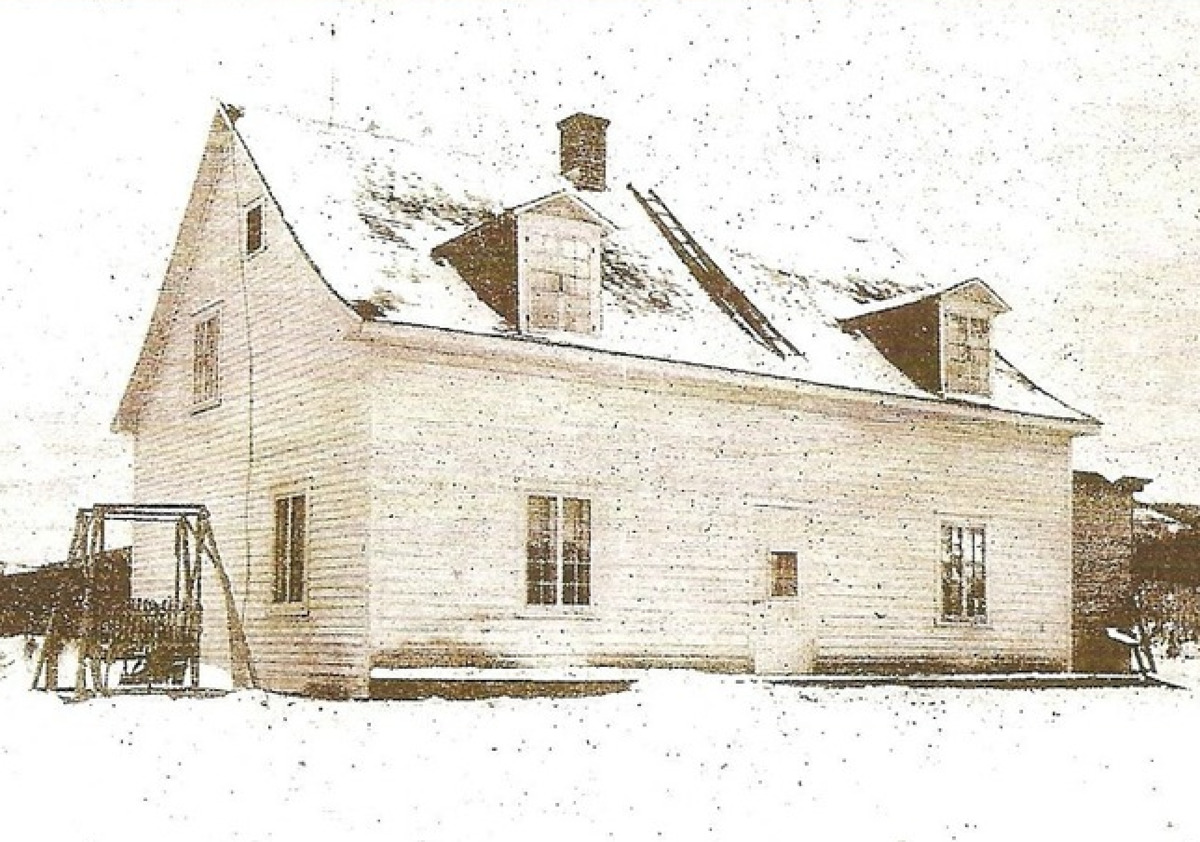 Birth of a Company Town

In the early 1880s, the Curé Antoine Labelle encouraged Jean-Baptiste Rolland to open a paper mill in Saint-Jérôme. Born in 1815, Jean-Baptiste lived on the family farm near Saint-Hyacinthe. He moved to Montreal when he was 17 and met Ludger Duvernay, a young printer, who hired him to work in one of his workshops. Jean-Baptiste became a typographer and master printer. He started a small company on Saint-Vincent Street in Montreal. Bookbinder, bookseller and specialized publisher, he agreed to open %u200B%u200Ba paper manufacturing plant in Saint-Jérôme.

The company won the gold medal at the 1885 Antwerp World’s Fair in Belgium for Superfine Linen Record. This paper won top honours at the 1893 Chicago and 1900 Paris World’s Fairs. The watermark consists of fleur-de-lis and maple leaves on a shield, which was later used by the Canadian government.

Stanislas Rolland was concerned about the supply of water since it was the mill’s source of power. He came to Sainte-Adèle and acquired the company.

In 1906, Jean-Baptiste Rolland requested that lot 9B in the Township of Abercrombie be subdivided. These lots had been reserved for future roads. They take the name of his son, first superintendent of the mill: Saint-Jean, Saint-Stanislas (today Claude-Grégoire) and Rolland. As for Rivière Street, it denotes the relocation of Nantel Bridge and the new road.

Stanislas-Jean-Baptiste Rolland, 31, first coordinated operations at the Saint-Jérôme mill, and served as mayor of the town from 1893 to 1901. His father then entrusted him with managing the new company in Mont-Rolland, which took the name of Moulins du Nord and started operations in 1904. The pipe supplying water to the mill was rebuilt in metal and destroyed after it closed down in 1990.

Very involved in the community, he served as school commissioner, churchwarden and chaired the board of directors of the company. A prosperous businessman, he instituted the first industrial era in the Laurentians. Under his presidency, a third generation of the Rolland family became involved in the company. His son Olivier took charge of the Mont-Rolland mill.

Stanislas-Jean-Baptiste returned to Montreal in 1912 and was involved in various organizations. After the war in 1918, the company was incorporated and took the name of Rolland Paper Limited.

A continuity of the architectural language of the mills was seen in new buildings that were then constructed in the city, in particular, brick foursquare houses. The shape and symmetry of semicircular openings were often repeated, such as at the Saint-Georges School. The projecting parapet at the front door of the company’s central building with the decorative function of concealing the roof is similar to the one at the Church of Mont-Roland. 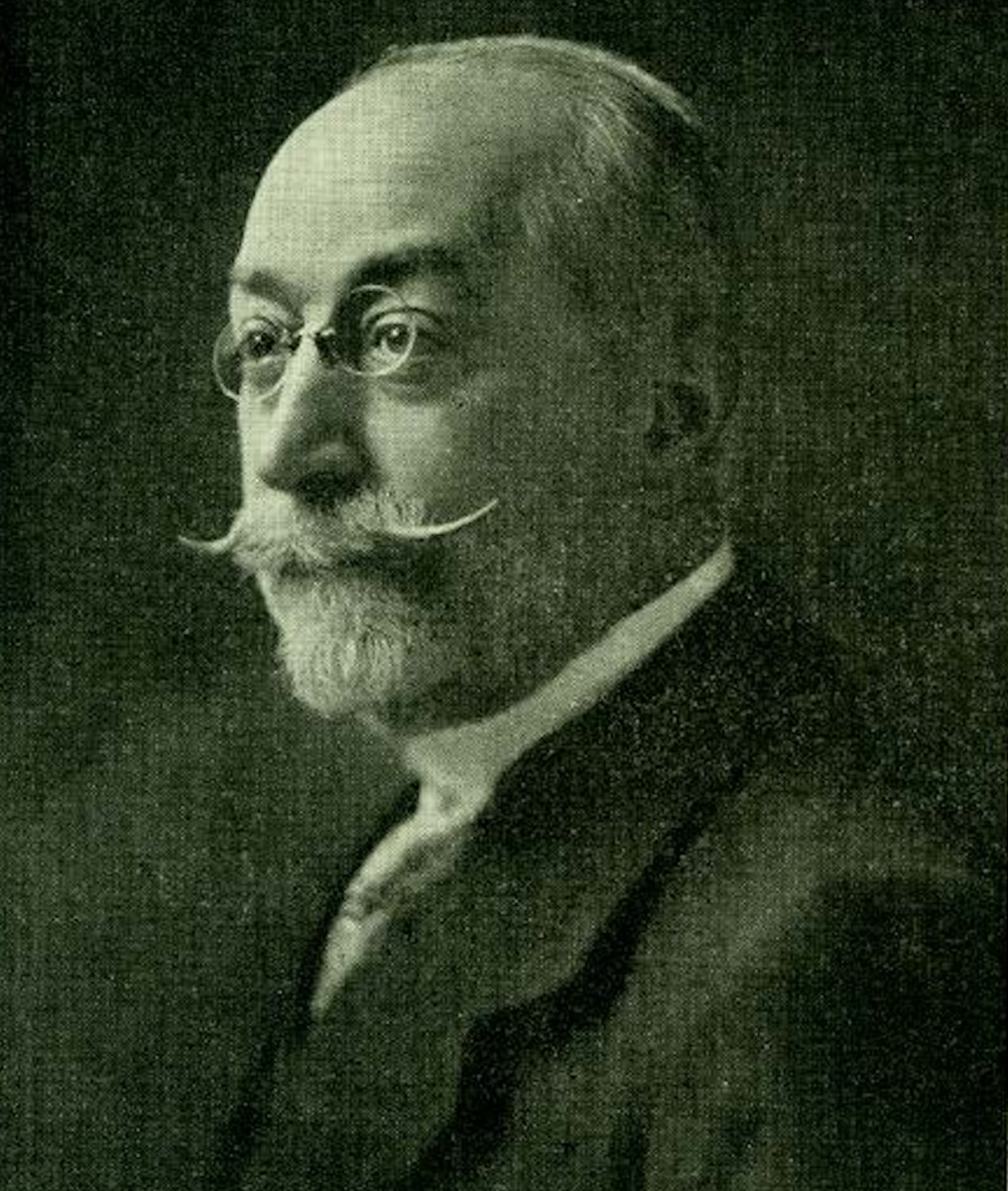 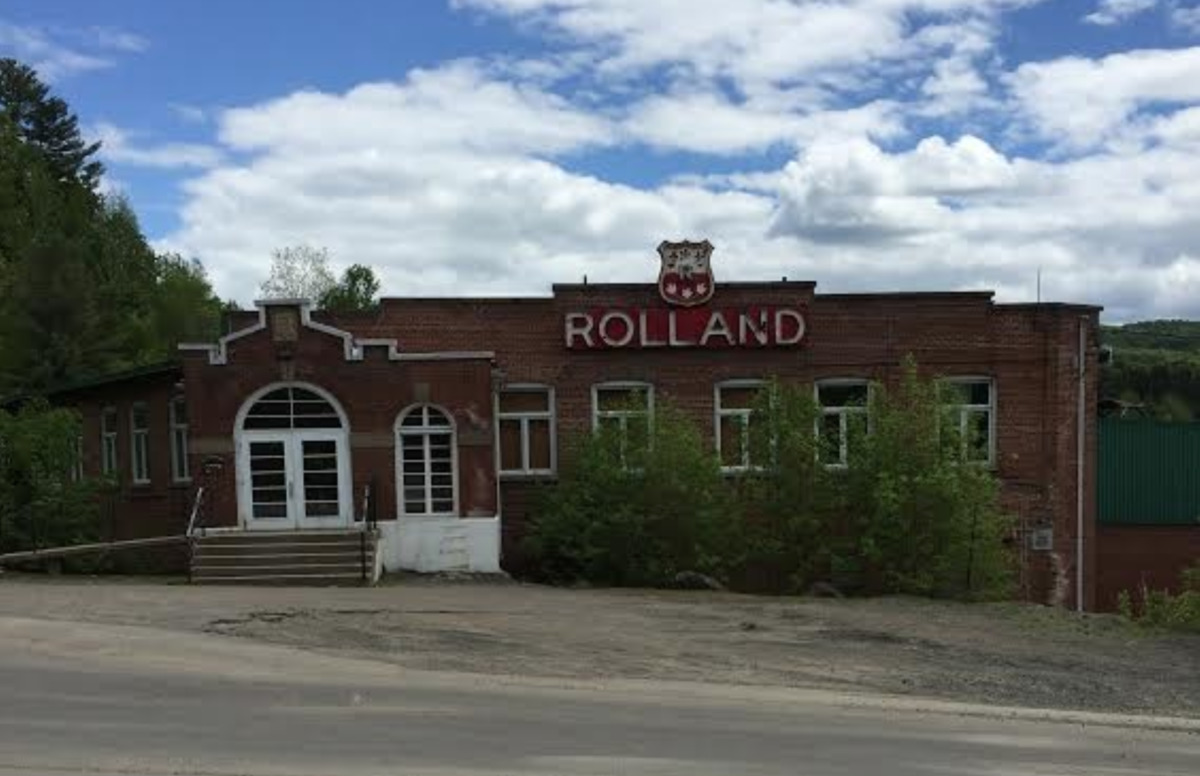 The workers of the La Rolland 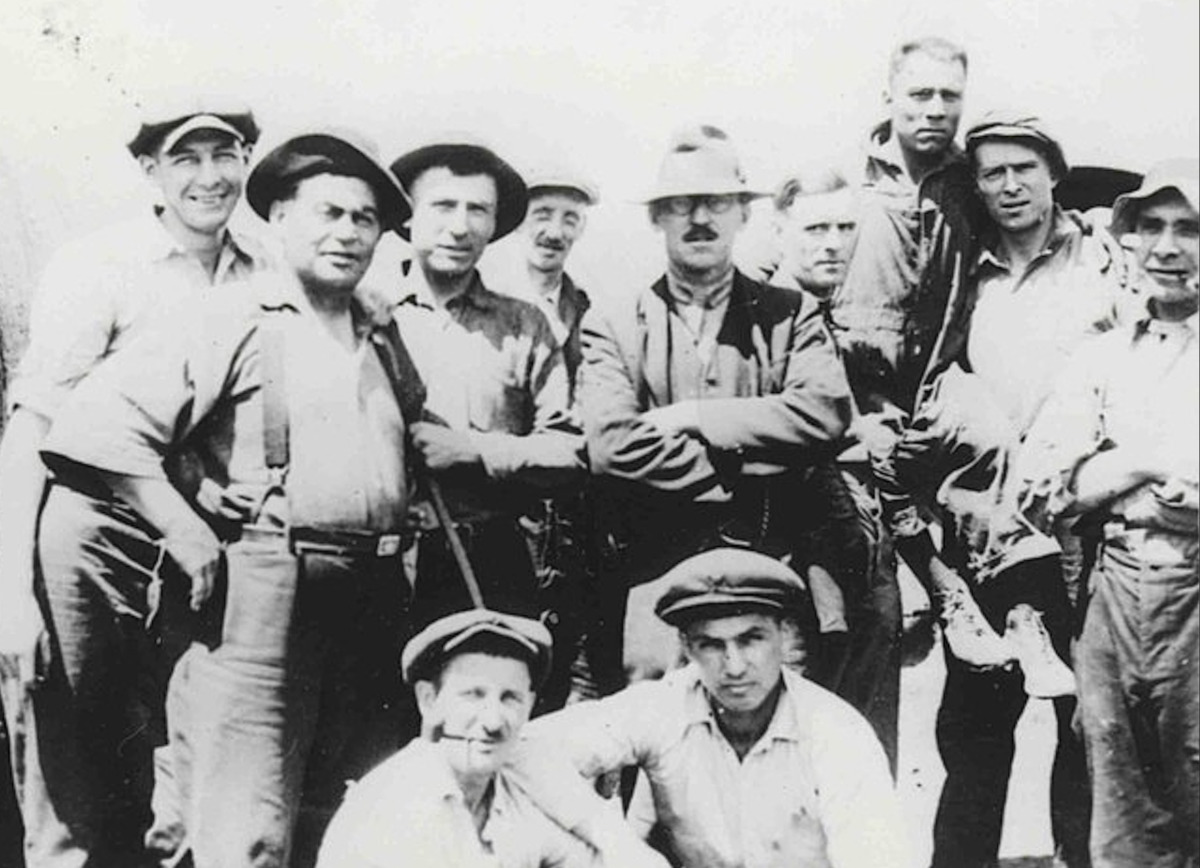 The workers of the La Rolland (date unknown). 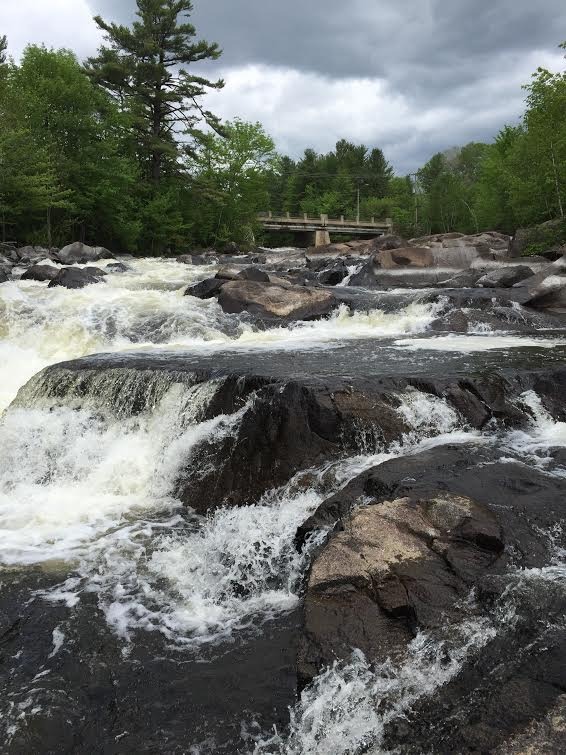