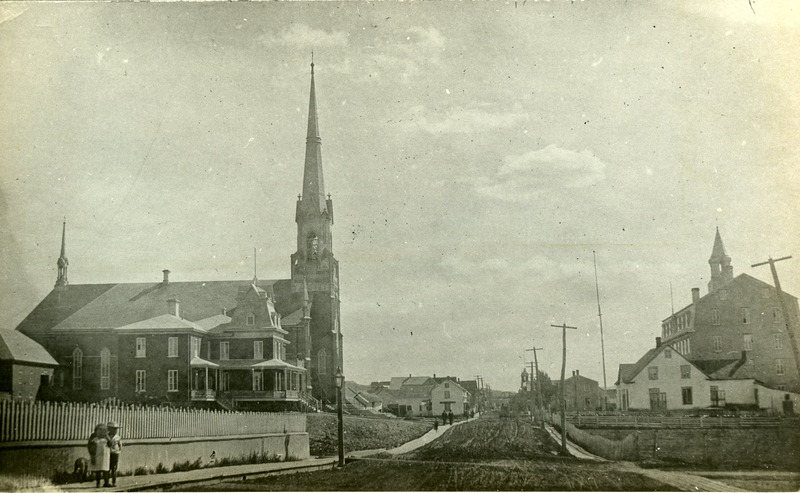 In Quebec, the main street or commercial street remained for a long time the heart of a village or a small town. It was usually on this artery that the general store, the church, the post office, the town hall, the shops of artisans and other businesses were found. In Thetford Mines, Notre-Dame Street was the heart of the city for many years. 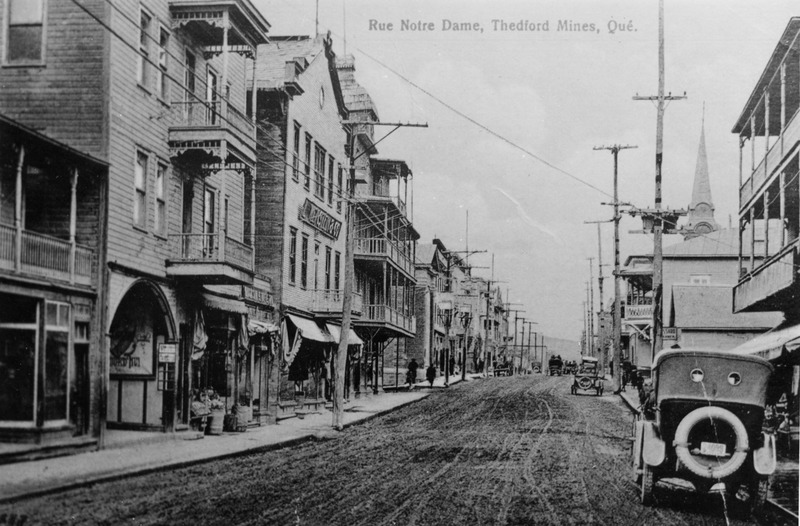 Picture source: CART - Fonds Galerie de nos ancêtres de l'or blanc / View of Notre-Dame Street in 1916. Most of the street will only be paved with asphalt in the early 1920s.

In the 1910s, the local authorities even acknowledged this street, which at the time crossed the city along its entire length as part of Provincial Route No. 1. The latter, which runs through several municipalities, is the only one linking Montréal to Quebec City via Sherbrooke. 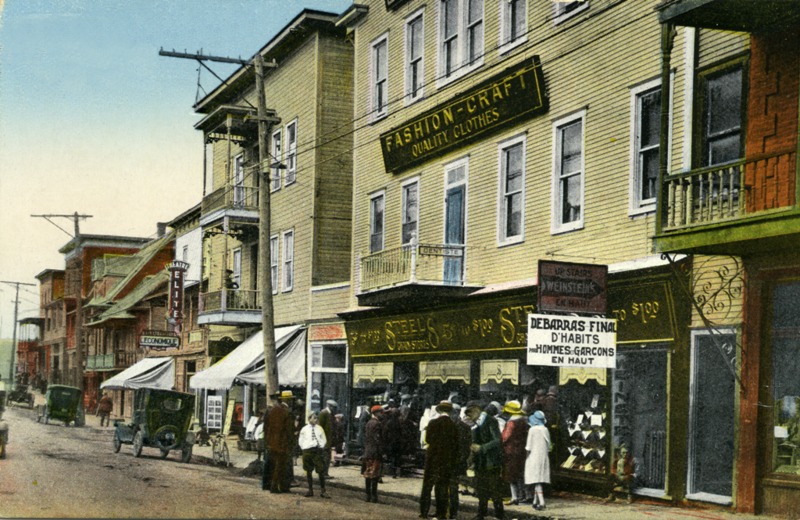 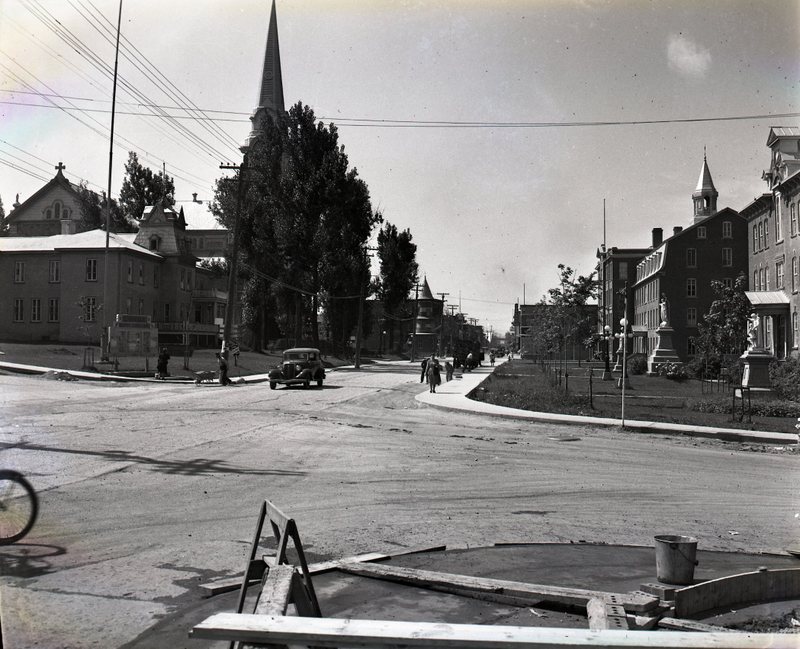 Corner of Saint-Alphonse and Notre-Dame Street in 1940.

In 1955, to make way for mining development, part of this road was closed and relocated.

At the beginning of the 20th century, the rapid development of Thetford Mines forced the municipal authorities to consolidate and develop its infrastructure. Between 1901 and 1911, its population more than doubled, from 3256 to 7261 inhabitants. When it acquired the status of city in 1905, Thetford Mines ranked among the most important urban groupings in Quebec. At that time, the streets of the city were dirt, which brought an abundance of mud in spring and fall. In summer, it was, therefore, important to irrigate and oil the streets in order to reduce the dust. At the beginning of the Municipality of Kingsville, the maintenance of streets, sidewalks and bridges was the responsibility of the property owners. It was only in 1902 that the municipality began to take care of the maintenance of the streets in both winter and summer. That same year, by its regulation no. 46, it began to impose a tax for all citizens to participate in the development and maintenance of the streets.

Moreover, from the beginning of the 1910s, the arrival of cars brought about the need to improve the condition of the streets. Maize and macadam work began taking place, but it was only in the early 1920s that most of Notre-Dame Street would be paved with asphalt.

Notre-Dame Street was the first street to be lit in 1899, with Ward Street, which was in fact its extension. Oil lanterns were installed on posts and certain individuals were in charge of lighting and extinguishing the lamps. Eight lamps were purchased at the cost of 3.50$ per lamp. They were repaired at the expense of the city council, and the oil was supplied by the latter to the persons charged with lighting them. It was not until December 6, 1904 that Notre-Dame Street was lit by electricity.

As the city developed, water supply became a problem given the absence of major streams near the concentrations of buildings, including Notre-Dame Street and downtown. People were feeding off of small streams, springs or surface wells. It was not until 1895 that the first private aqueduct system was installed on Notre-Dame Street. The City of Thetford Mines decided to purchase the network in 1908 and this acquisition enabled the city to improve and expand the aqueduct system. At the same time, the authorities noted the need to build sewer canals in the city in order to eliminate the discharge of sewage into the ditches or streams near the residences. Thus, in 1910-1911, a sewer network was installed and it became mandatory for the properties to be connected to this sewer and water system.

Finally, in 1902, Bell Canada implemented its first telephone system in Thetford Mines to serve 11 businesses and 2 residences. The first telephone exchange was located in the jewelry store of Monsieur Joseph O. Vallières on Notre-Dame Street. However, this telephone system had been preceded by that of Dr. Larose known as the 'Dr. Larose Telephone System', which served about ten lines beginning in the early 1890s.