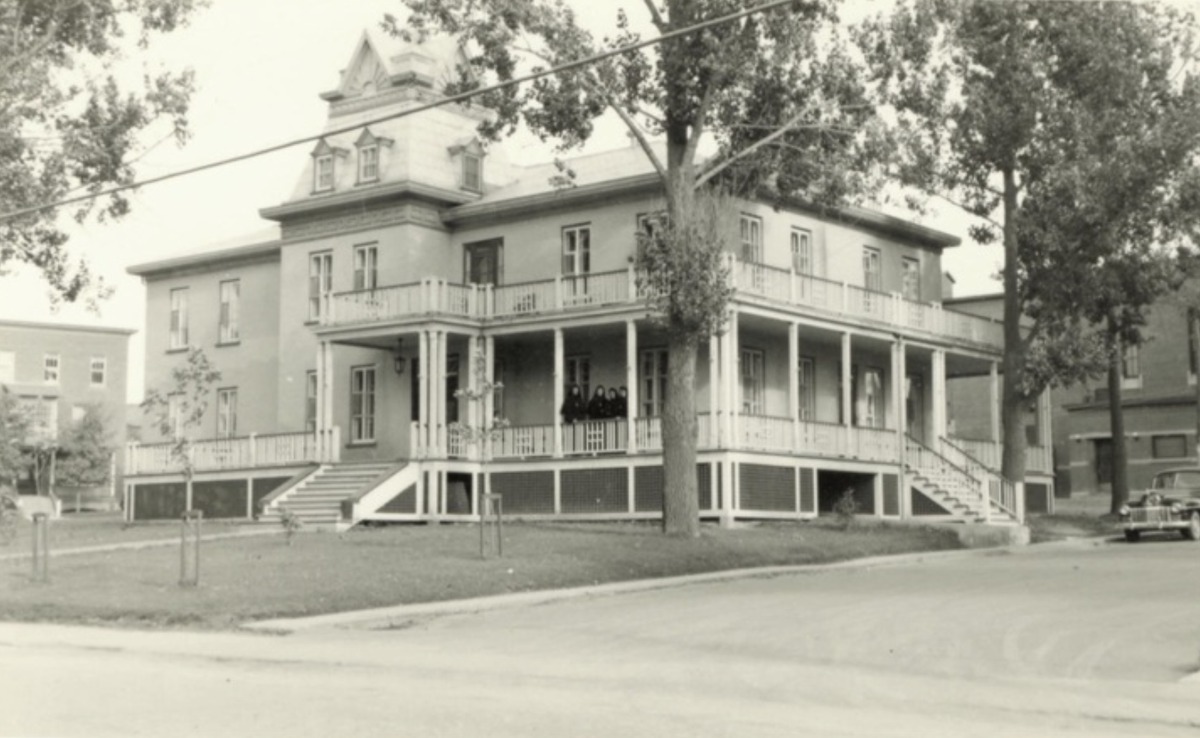 Saint-Alphonse presbytery was built in 1900 at a cost of 6,650$, under the impulse of parish priest Joseph Georges Goudreau. The building was erected on the site of the former chapel of Saint-Alphonse, located on lot 26 of range V of the Thetford township. The place had been ceded on November 4, 1886 by the King brothers. This lot, free from mining rights, had the privilege that any building on it could never be moved. It should be noted that at the time, the mining companies owned the majority of the lots and especially the land rights. 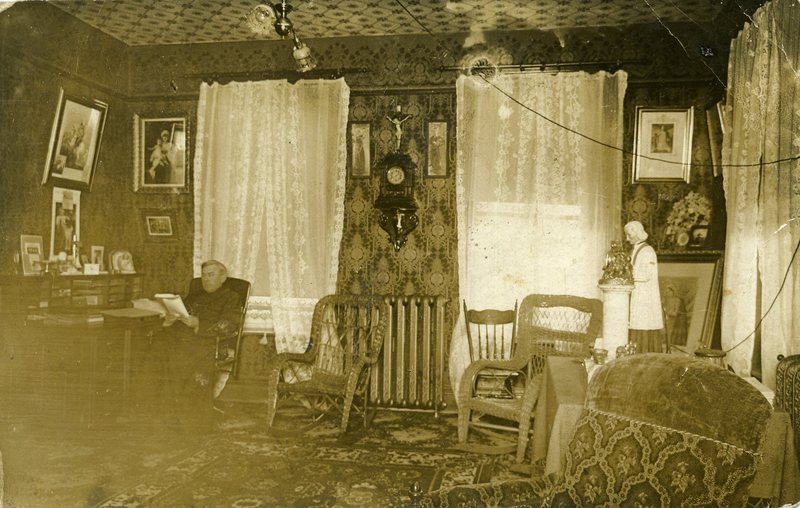 Priest Joseph-Georges Goudreau inside Saint-Alphonse Presbytery in the early 1900s.

The presbytery has always been part of Quebec's cultural landscape. Along with the church, it is an important symbol of the traditional Catholic society. These buildings are also part of the institutional and parochial core, that is to say, a center which usually also groups together the school, the convent, and the parish hall. The presbytery is therefore easily identifiable in the landscape and the urban fabric of a community.

The primary role of the presbytery was to serve as a dwelling place for the representative of the church. The priest was to live among his followers. An important figure in the community, he had to be easy to approach at all times. Each church council had to place a house at its priest's disposal. The latter was usually located next to the church, where many people, such as the parish priest, vicars, maidservants, and others devoted to the church and its parishioners, lived under the same roof.

The presbytery was the decision-making center of the parish and the administrative place of worship. As an important element of the religious organization, the construction of the presbytery had to meet the needs of the faithful, who saw within this structure the authority of the priest and his power.

The heritage value of the presbytery rests both on its architectural interest and its importance in the urban fabric of the commercial street. The Saint-Alphonse presbytery is representative of the curial houses built at the beginning of the 20th century. The building rises on 2 floors. It is capped with a multi-sloped roof with flag, topped by a turret with flagpole, which is covered with Canadian-made sheet metal. Some portions of the roof are covered with rods. We also note the framing and the crowning of the openings. The monumentality of the presbytery reminds us of the importance of the priest within the social organization and the predominance of the Catholic church in Quebec at the beginning of the 20th century.

At the time, it was the priest and the trustees or the churchwardens who took charge of the construction of the presbytery. The decisions made were mainly concerned with site selection, administrative costs and the choice of designers. However, the decision-making authority for the approval of plans and the final construction of the building rested with the bishop. Moreover, with the aid of the ecclesiastical laws, the bishop protected the parishioners from a priest in search of an excessive and inappropriate comfort at the expense of the parish. At the time, the rectory was usually erected with donations or fund-raising activities.

Finally, one of the characteristics to remember of the presbyteries of the early 20th century is the large number of rooms inside. This space was mainly used during visits by priests and sometimes during the annual period of 'forty hours', when the priest received fellow priests to share religious devotions and meals.Nowadays, the presbytery serves as the administrative center for Saint-Alexandre parish, which includes Sainte-Marthe and Saint-Alphonse churches.