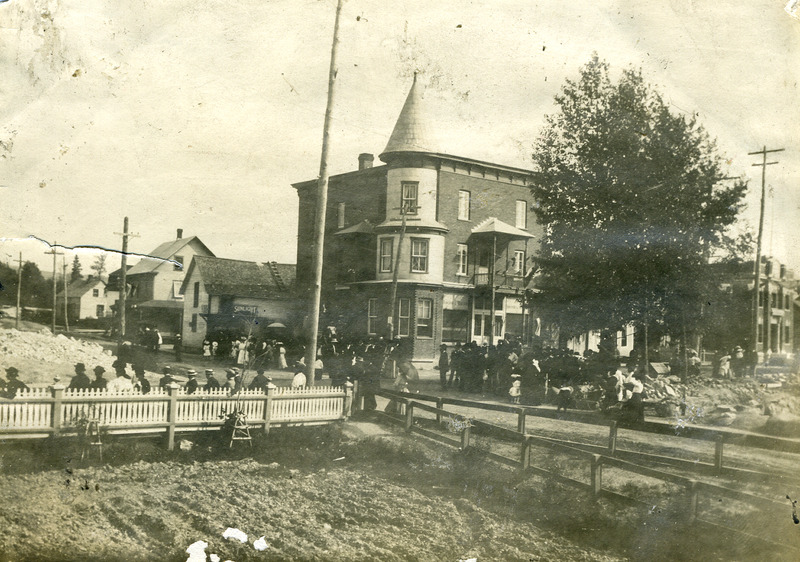 General Store of Joseph Roberge in 1905. 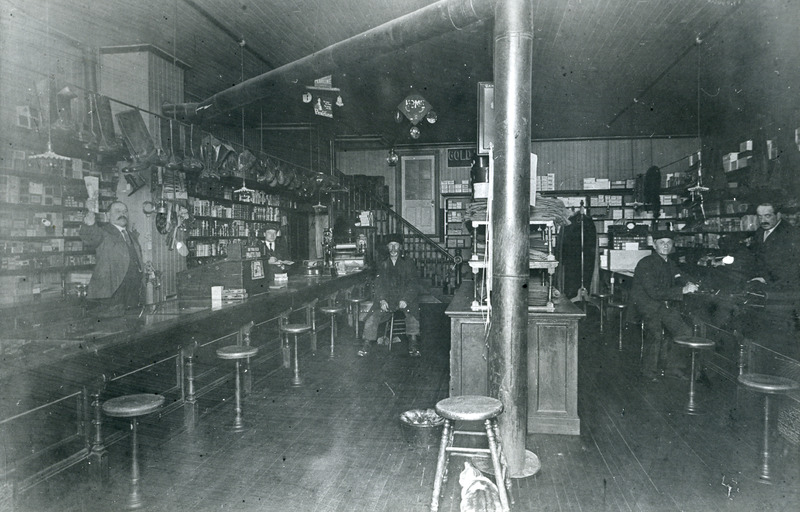 View from  the inside of Roberge General Store in 1900.

At the end of the 19th century, the growing mining activity stimulated urban development and encouraged the establishment of commercial activities within the territory of the future town of Thetford Mines. As early as 1883, the first general store in the history of the city opened, and in the face of the growing needs of local and regional customers, several businesses were subsequently founded, including Joseph Roberge's general store in 1896.

The general store of the past was a retail business that was usually found in villages and rural areas. This type of trade was mostly present in Quebec from the end of the 19th to the middle of the 20th century. A wide range of goods could be purchased to meet local needs. People came to buy basic necessities such as clothing, food, hardware, medicines and even some manufactured goods. The items were placed on high shelves or in large wooden counters, which sometimes had glass fronts for viewing.

For rural communities, the general store was an important place for socializing and meeting people. The latter often did not have many other places, apart from the font
of the church, to exchange, to fraternize, to build and to maintain friendships, and especially to exchange news. Besides, every general store in the olden days possessed its wood-burning stove, which served not only for the heating of the establishment, but also had a most important socializing function. The locals met there to exchange and tell the news of the village. They also took advantage of it to play a game of checkers.

An important figure at the time, the general merchant was often very involved in his community. Joseph Roberge was a founding member of the local Chamber of Commerce in 1912. He also worked for the Mégantic County Tuberculosis League and the establishment of the Caisse Populaire Desjardins. Joseph Roberge was also involved in politics when he was councilor of Kingsville from 1902 to 1904.

An unavoidable source of local news as well as gossip, the general merchant also played a leading economic and social role, often selling items on credit at a time when money was scarce in rural areas. It was indeed common practice to purchase items and to put them on one's account. Payments could be made throughout the year when the customer had money or products that the merchant was prepared to accept as payment.

The general store had an architectural character that allowed it to distinguish itself from neighboring buildings, notably by the configuration of its size and its ornamentation, the crowning of its roof, its ornate wooden cornice and the slenderness of its turret. The Roberge Store remained in operation until 1960 when it closed its doors three years after the death of its founder.