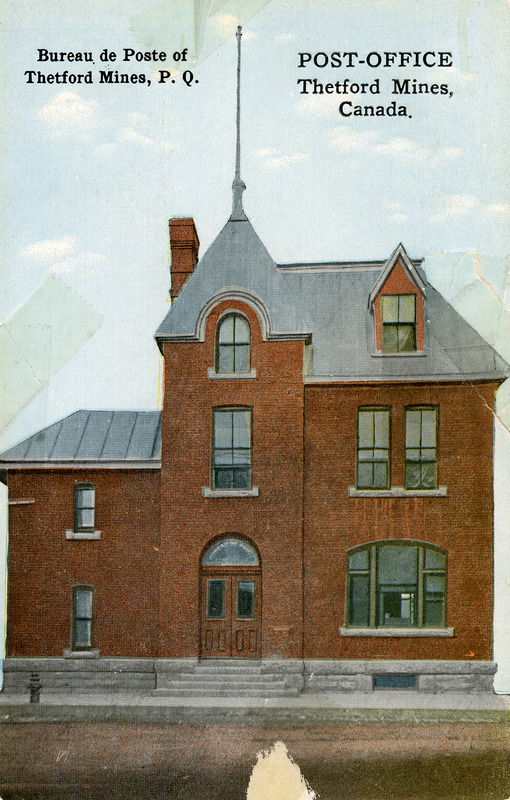 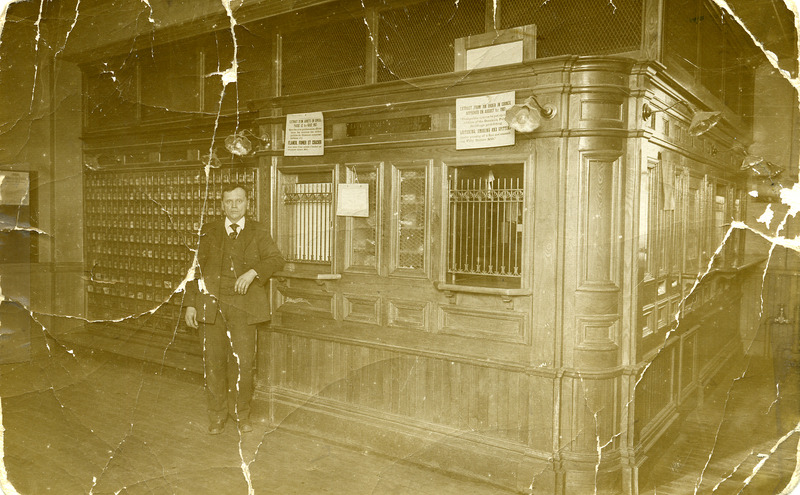 View from the inside of the First Post Office in 1912. Postmaster is Jos Rousseau.

For centuries, the post office has been an essential means of communication from one end of the world to the other. In Canada, the postal system gradually grew at the same pace as the country. But it was only in 1867 that Parliament enacted legislation creating the Canadian Post that we still know today.

At the end of the 19th century, it was by train that the mail arrived at the station of the village of Kingsville. Its distribution was then entrusted to the station master. At the same time, the need to improve public services was pushing the Canadian government to build post offices in most of the country's small towns and the future city of Thetford Mines would not escape this wave.

In the early 1900s, the city's vocation as a regional service center was confirmed and the growth of its administrative role encouraged the federal government to build a public building for postal and customs services. In 1902, a 4,000$ grant was awarded for the establishment of a first post office, replacing the former mail-in system for merchants or designated individuals. The presence of a post office was considered to be a sign of a prosperous locality. This step marked the entrance of the city into an era of urban modernization.

Construction of the new building began on October 30, 1903. It was finally in 1905 that the new post office, located on Notre-Dame Street, was inaugurated in the heart of Thetford Mines. The post office, having a central function in the locality, was generally given a strategic location, usually in the city center and near the train station. The mail was sent on horseback or on foot, for sorting and distribution. The first official postmaster to occupy this new office was Joseph Rousseau. The building also housed the customs office and its agent Louis Martel.

The post office occupied an important place in the life of rural areas and small villages. Its primary purpose was to carry the mail but it was also a high place of sociability and communication. People met regularly to pick up or send mail. It was an opportunity to discuss and learn the news and exchange gossip of the neighborhood. In the post office, the oral and the written were thus combined.

In Canada, from 1908 onwards, in rural areas, mail was delivered directly to the customer's door. This service was gradually be implemented across the country, starting in the most important cities. In Thetford Mines, it was not until September 1, 1927, that mail was distributed by mailmen.

In 1939, the Post Office moved to more spacious premises at the corner of Notre-Dame and Saint-Alphonse streets. The building later served as a military armory until the 1960s. This brick building literally served as firewall in 1947 when a major fire destroyed more than five neighboring buildings.It later became the property of Viateur Bolduc, who turned it into a jewelry shop. This neo-Romanesque building which is characterized by its tower, now houses a charming restaurant since 1999. 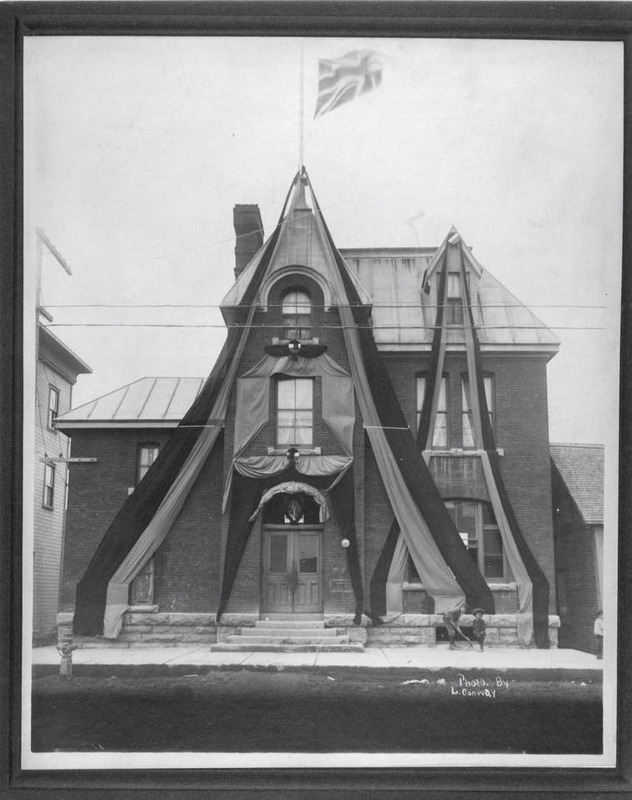 After the closure and relocation of the post office, the building served as a military armory until the 1960s.