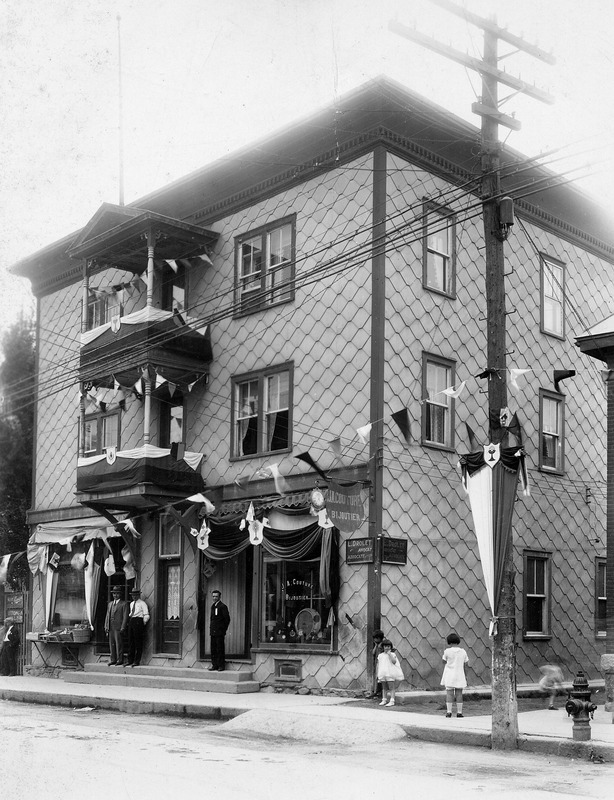 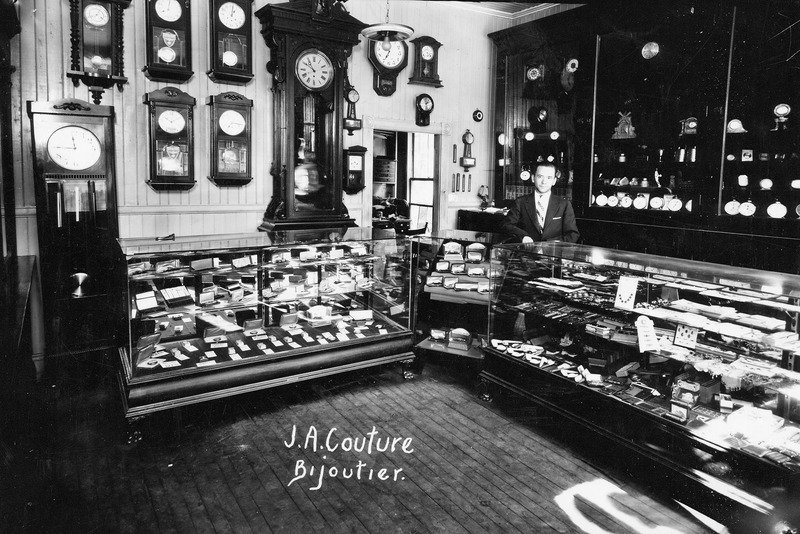 View from the inside of Couture Jewelry in 1929.

Gagnon House, named after its first owner, Alfred Gagnon, is a commercial and residential building that was built in 1890. It is of interest for its historical value, based mainly on its association with the Couture family. Indeed, the building is best known for having sheltered the Couture jewelry, in the right trade, for three generations for more than one hundred years.

Joseph-Albert Couture was born on 28 October 1880 in Saint-Charles de Bellechasse. By the end of the 1890s, he had gone to the United States as many members of his family, and there he learned how to repair watches by one of his uncles, Jean-Baptiste Couture.

In the early 1900s, Joseph-Albert Couture returned to Kingsville, where he declared, at the parish census of 1903, to be a goldsmith. Thus, the first "Jewelry Couture" took place on Notre-Dame street, in the building of a building dating from 1890, leased to Alfred Gagnon who at the time was a shoe seller. Joseph-Albert-Couture worked at his jewelry until 1927. He suffered from blindness because of his diabetes, his condition had weakened and he died on August 31, 1929, at the age of 48.

The Couture Jewelry business continued under Laval Couture, son of Joseph-Albert. At the age of 17, Laval was already helping his father with jewelry before his death. After the latter's death, Laval took courses in watch making and worked at the family business for nearly 50 years, and therefore several years accompanied by his wife Cédélice Boutin. It was in 1952 that Laval Couture, along with a few colleagues from Quebec, founded the Quebec Corporation of Watchmakers, of which he was president for a year.

It was his adopted son, Denis, who took over the family business, ensuring the continuation of trade for a third generation. In fact, around the age of 15, Denis Couture frequently replaced his father in jewelry store, especially during the summer holidays. After taking a course in mechanics, he trained as a watchmaker. He bought the jewelry in 1980 and worked there until the business closed in 2008.

The three-storey building is distinguished by its flat roof, wooden frieze and French steel balconies. The lining material of the building is made of asbestos shingles of hexagonal shapes with squared points. This type of coating was introduced to the market in the 1910s. It was mainly manufactured in the United States from raw materials mainly from the Thetford Mines region. It was popular in the years 1920-1930 because of its low cost and the little maintenance it required. In the past, the building has earned recognition for the rightness of its refurbishment.