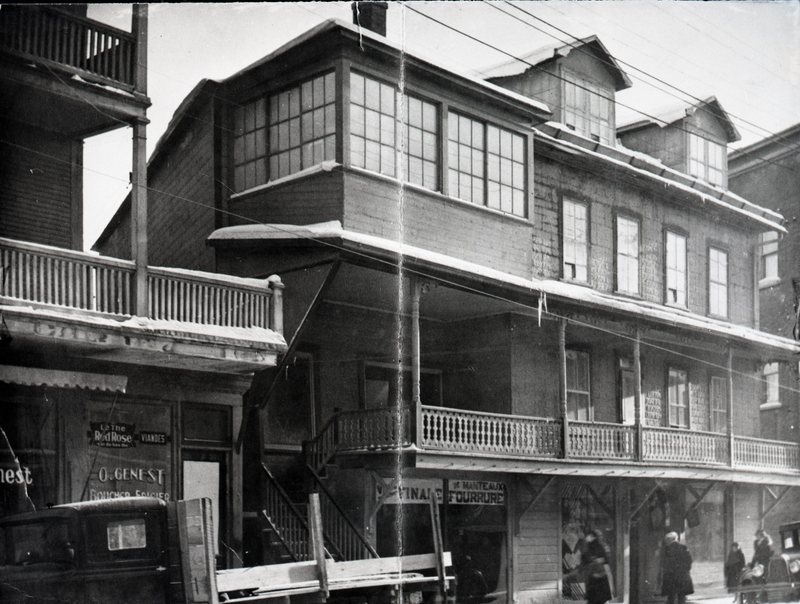 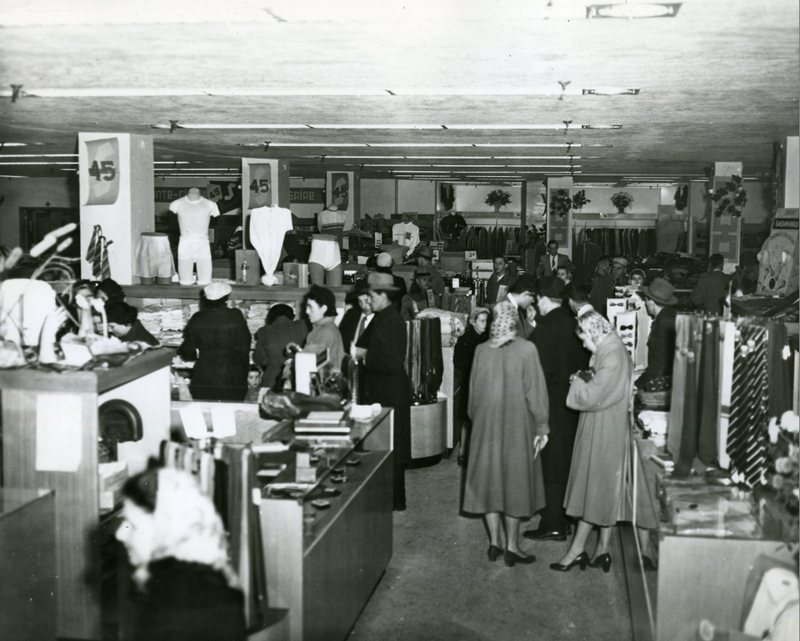 Customers inside A. Setlakwe Store in 1949.

It was in 1904 that Aziz Setlakwe arrived in the region, having fled from Turkey where the persecution and genocide of the Armenian people was taking place. As the first Armenian immigrant to settle in Quebec, he chose Disraéli and settled there to start a business. He then opened a clothing business, which he operated until 1906. He then moved to Thetford Mines and established a new business at the corner of Smith Street and Notre Dame Street.

In 1908, Aziz Setlakwe moved his business into a new wooden building on the site of the present Setlakwe store. A. Setlakwe, located on Notre-Dame Street in the heart of the city center, was named after its founder who began and worked there until his death in 1933.

After the trader's death, his sons Calil, Michel, Samuel and Joseph took over the management and operation of the store. As the trade prospered, it required more space. The building was then demolished in 1937 to make way for a new, more modern, three-storey reinforced concrete building. This type of construction was then a first of its kind in Thetford Mines.

The commerce was at that time the largest and most complete in the region. People came from everywhere to buy clothes for the entire family. Moreover, since the beginning of their existence, the Setlakwe shops have always maintained the same objective, namely to clothe the whole family. It was also during this period that the trade became specialized in the sale of fur.

In 1953 and 1958, extensive expansion work was carried out to increase the quantity and diversity of the merchandise offered in order to meet the increasing demand of the clientele. All the shelves of the store were then renovated. In 1958, a second Setlakwe store was opened in Disraéli and in 1965 a third shop opened in Sainte-Marie. In 1970, the company passed under the control of the third generation of Setlakwe as Calil's son, Raymond, was appointed to the presidency of the company. He was assisted by his brothers Richard and Stephen. Over the years, other businesses and boutiques were founded or acquired throughout Quebec by the company.

Today, members of the fourth and even the fifth generations are involved in the operation of this family business that has been operating for more than a hundred years. The building, which has preserved its Art Deco façade, stands out for its generous windows on the façade, which encourages the passer-by to stop and enter the shop. Note that inside the store there is a snack bar, as in the 1950s, with its counter and retro style benches. Moreover, the Setlakwe store still uses a transport system (money, checks or other documents) by pneumatic tube from the cash registers to the accounting department. This system dates back to the end of the 1930s.