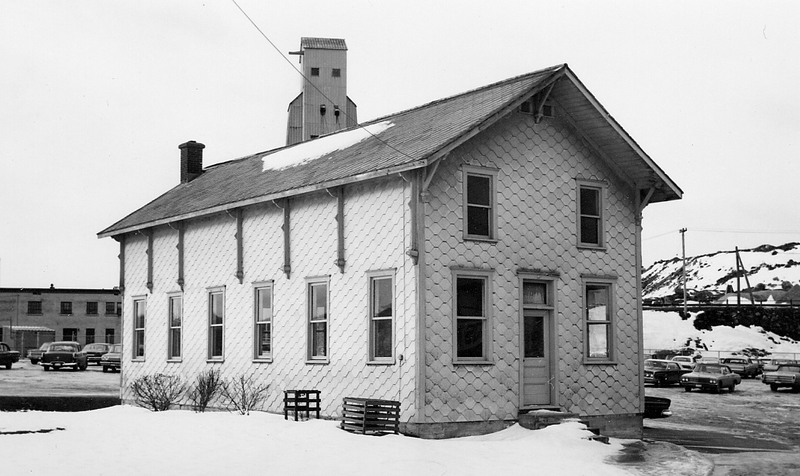 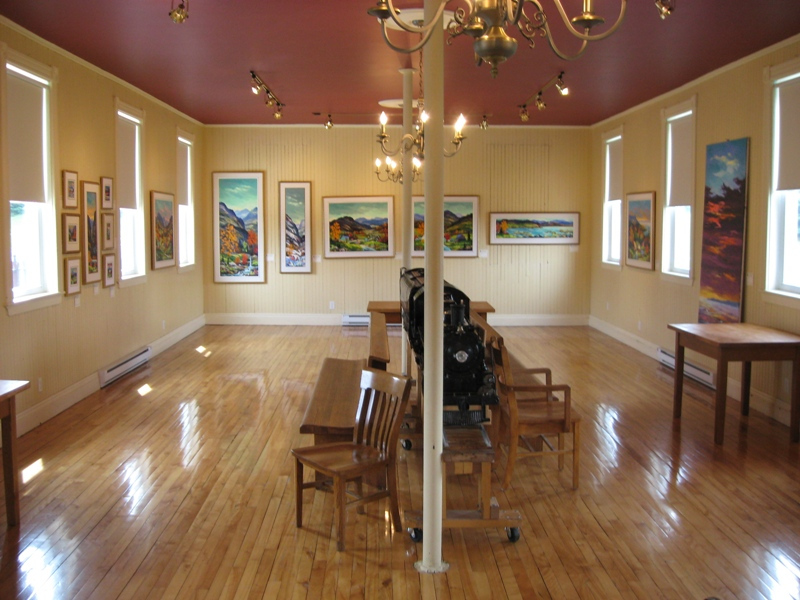 In the late 1870s, the arrival of the train marked the beginning of the development and economic expansion of the region. It was around 1878 that the first railway station in the Township of Thetford, then owned by the Quebec Central Railway, was constructed.

Of American vernacular style, this building is two-storey with a gently sloping roof without dormer. It is equipped with sash windows and its exterior decorations are in neo-classical wood. Its main facade is arranged in its narrowest part. Since probably the early 1900s the station has been covered with diamond-shaped asbestos shingles with scarred points. The upper floor might have served as the home of the first station chief as was the custom at the time.

Before the arrival of the train in the region, the access roads were of mediocre quality. The first asbestos loads that were extracted in the region were then transported by horse-drawn carriage to markets outside of the region. This means of transport was long and limited the amount of ore transported. The introduction of a railway line considerably altered access to the region. Kingsville was then immediately connected to major urban centers such as Montreal, Sherbrooke and Quebec City. The railway favored the rapid development of the small localities it would cross through and allow for the growth of mining.

At the time of its construction, the railway station and its surroundings quickly became a lively place, a place of welcome and meeting both for locals as well as people from outside the region; for workers, alone or with their families; or for those who came to seek employment in the mines. It was also from the station that the different products, mail and postal parcels, telegraphic messages and travelers left and arrived.

This first station remained in operation until 1908. After becoming too small, it was sold to Bell Asbestos Mines Ltd, which moved it on the opposite side of Notre-Dame Street South. For the removal, the station was deposited on enormous logs and then pulled by a locomotive of the company. The first station then began a new vocation by being ready to serve as a meeting room for the faithful of the Methodist Church until the 1920s. It's nickname "la mitaine", a term which came from Francophones of the time who attended church meetings there.

The building was subsequently used as a hangar by the company for the storage of various goods. Then, the old station was left to its own devices, resisting the onslaughts of dynamiting of mines and bad weather. The mining expansion, which led to the relocation of the railway, of Notre-Dame Street South and the Saint-Maurice district in the 1950s, led to the isolation and abandonment of the station in the middle of the mine parking lot Bell Asbestos Mines Ltd.

In the late 1990s, block caving practiced by the mining company resulted in a weakening of the land's surface and increased the risk of the station collapsing if not moved. The general condition of the building was already fairly deteriorated and if no action were to be taken, its destruction was foreseen in the near future. The Municipal Council of Thetford Mines decided to intervene and acquire this heritage building in the early 2000s. This former station was relocated to the city center on new foundations and was renamed "Station des arts". This name reflects the original use of the building. Its new mission is now a cultural one, namely to promote, to distribute and to highlight the arts, culture and heritage of the region.