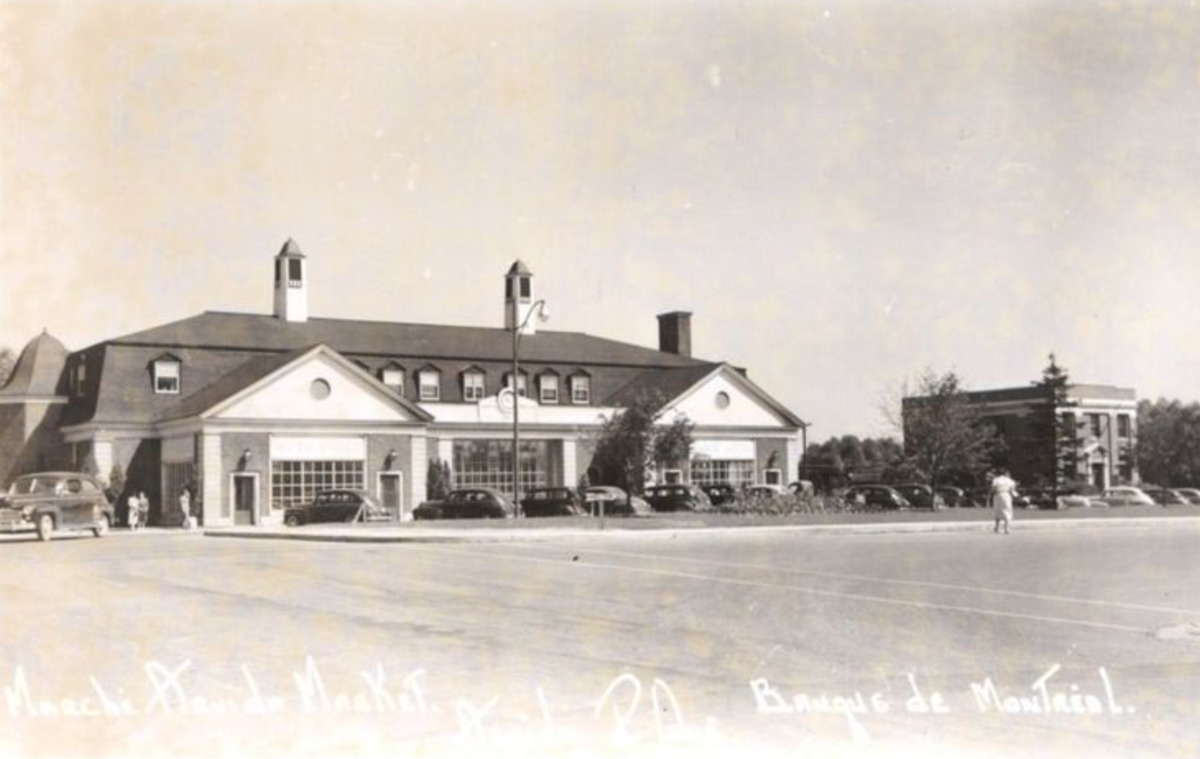 The Arvida Market, built according to the plans of the Fetherstonhaugh & Durnford architectural firm. It was the first Steinberg's store to open outside of Montreal.

The opening of the Steinberg's 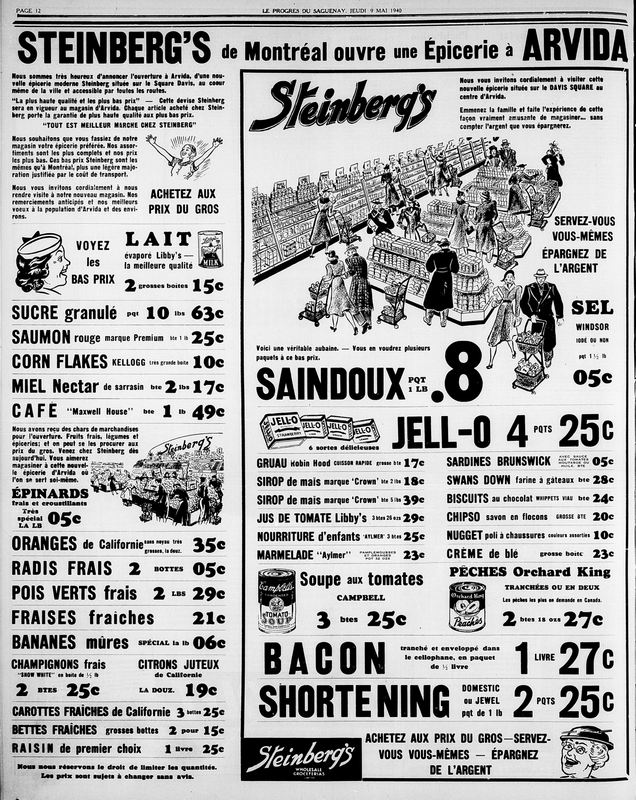 The Arvida Steinberg's was the first supermarket of this chain to open outside of Montreal. 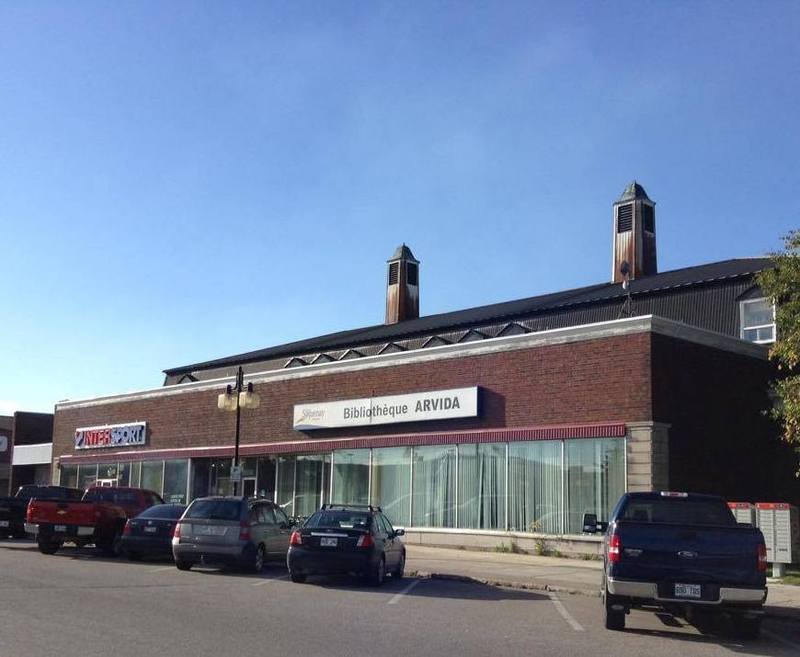 Formerly a Steinberg's supermarket then a People's store, this building became the Arvida Library in 1983. Its façade was returned to its original appearance in 2017.

In the 1960s, the expression “faire son Steinberg” (doing one’s Steinberg) becomes synonymous with grocery shopping in general, a sign of the chain’s popularity in Quebec society at the time. Built in 1940 by the Aluminium Company of Canada according to the plans of the architectural firm Fetherstonhaugh and Durnford, the store is the first Steinberg’s to open outside of Montreal.

Steinberg’s arrival revolutionises grocery shopping in the region. Meat now comes wrapped in cellophane, with the price and weight already indicated. Imported food is available, and the bill has to be settled without delay; no more paying for one’s purchases at the end of the month !

In 1957, Steinberg’s moves to a new location at the corner of Davis and Lawrie Streets. The former Steinberg's building becomes a Peoples Department Store and the façade is altered. From 1983 on, the building houses the Arvida municipal library. The façade is restored to its original state in 2017.