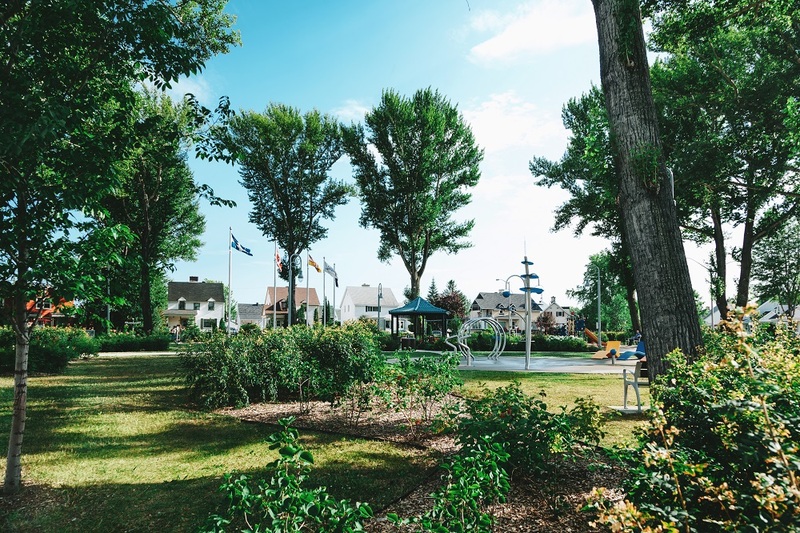 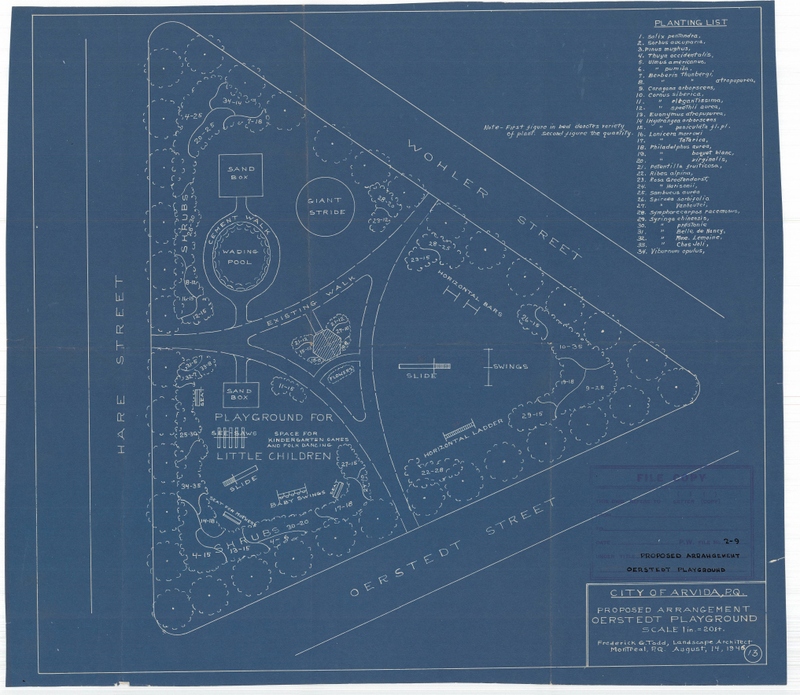 Oersted Park was designed by Frederick Gage Todd in 1946.

Until the 1940s, the city is administered by the Aluminum Company of Canada, which is responsible for its construction and development. Wishing to withdraw from the city’s management while ensuring the preservation and continuity of Arvida's image, the company sets up an urban planning commission in 1942. The latter is composed of five members, including Frederick Gage Todd, considered to be Canada's first landscape architect. Several tasks are to be carried out by the Commission for the Preservation and Development of the Territory, including the development of green spaces and parks.

Located at the intersection of Hare, Oersted and Wöhler Streets, Oersted Park is rebaptized Monseigneur-Joseph-Lévêque Park in 1953, after the first priest of Sainte-Thérèse Parish. Designed by Todd in 1946, the original plan includes a pond, a children's playground, a sandbox and 34 plant species. With the exception of a few amenities, the original plan is put aside for over 67 years. In 2013, the City of Saguenay begins developing the park, respecting as much as possible the plans drawn up by Todd in the 1940s.