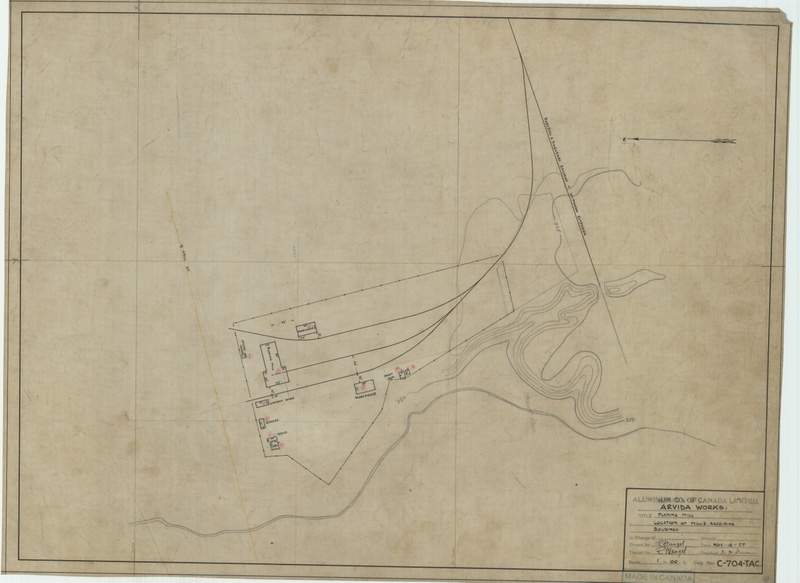 This sawmill and the adjoining buildings were used to build the factory and the town. 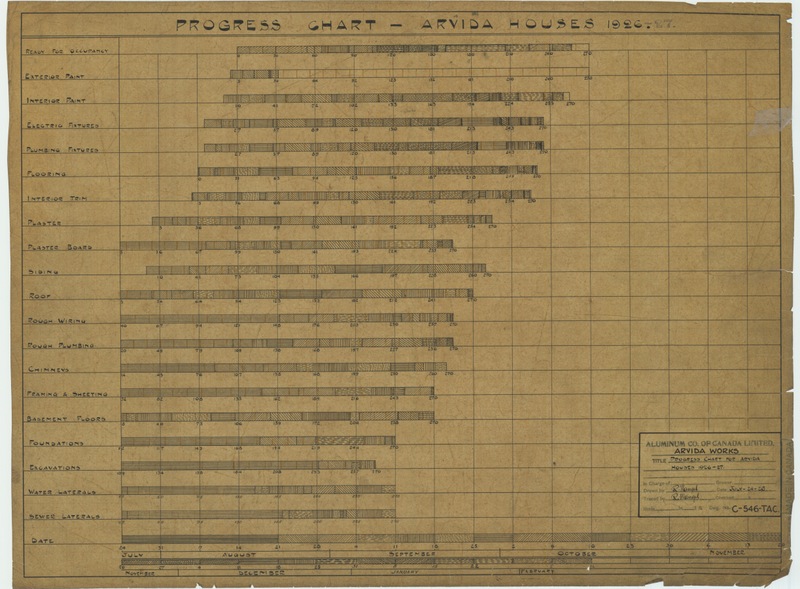 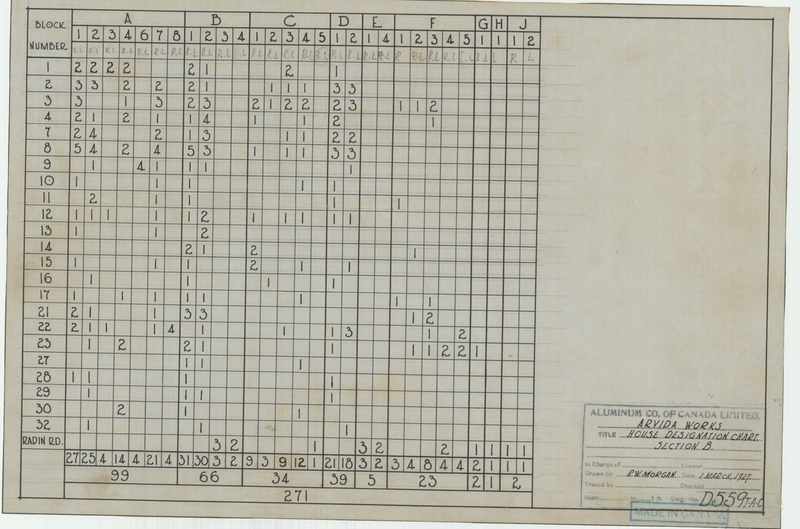 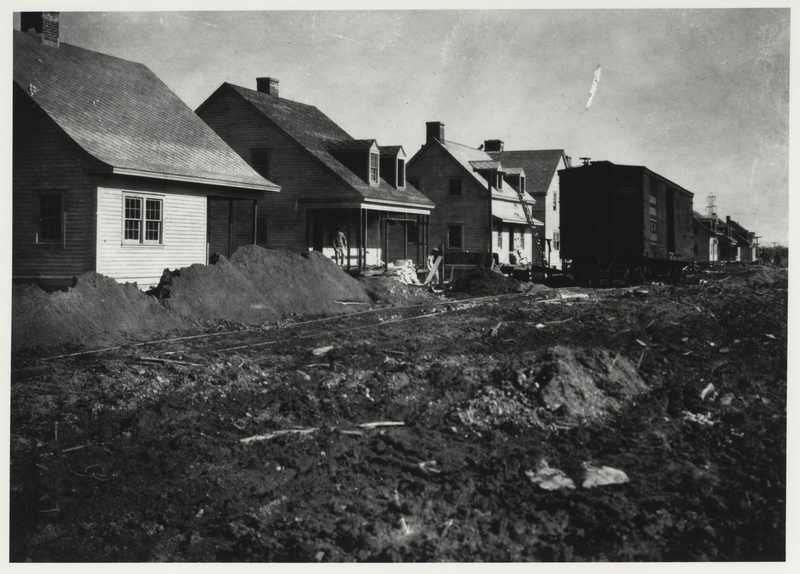 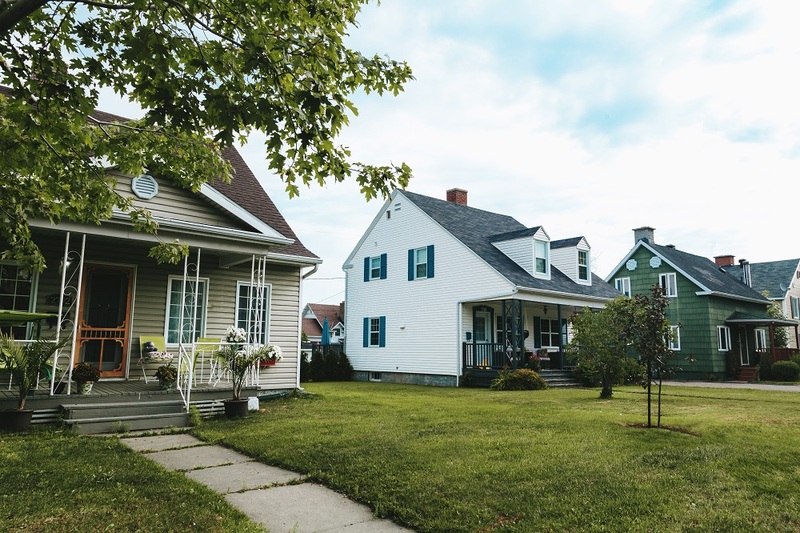 A few houses on Deville Street.

The town of Arvida 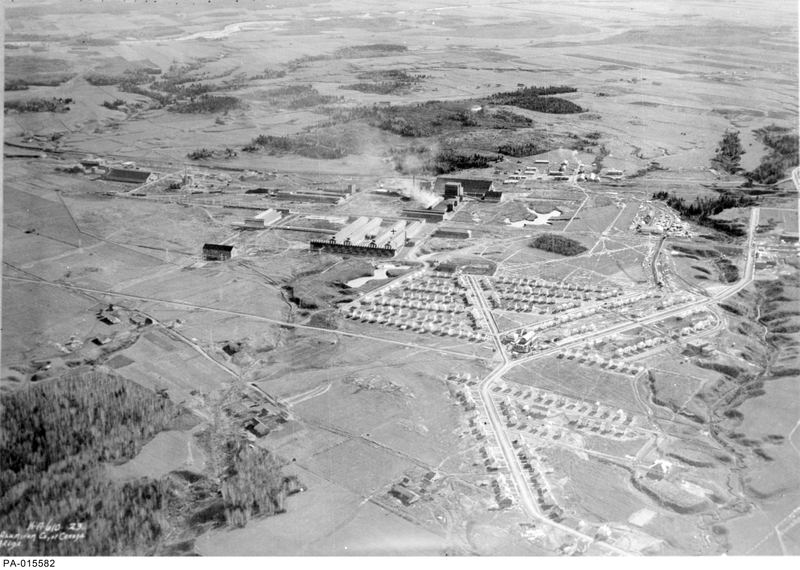 Following the purchase of sixty farms, Alcoa proceeds with its project. The end of July 1925 marks the arrival of the first Alcoa employees in Arvida. Construction of the aluminum smelter starts in September, and in June 1926 begins the construction of the future town of Arvida.

The method used to build the factory and the houses allows for rapid construction since it follows a system of rigorous planning where everything is organised and manufactured on site. Thus, the process is similar to an assembly line. Construction materials arrive by freight car and are transported to the central workshop, which is located at the plant site. The lumber is prepared according to the plans. Temporary train tracks are subsequently installed in the middle of the streets to transport heavy equipment and to carry building materials to specific locations. All stages of the houses’ construction are indicated on a chart showing the work’s progress, from sewer installation up until the house is ready for occupation.

Arvida is subdivided along the area’s existing rural roads. Thus, the city is divided into sections in which there are several blocks, each consisting of several lots. The first house foundation is located in Block 8, delimited by Wöhler, Davy, Oersted and Moritz Streets.