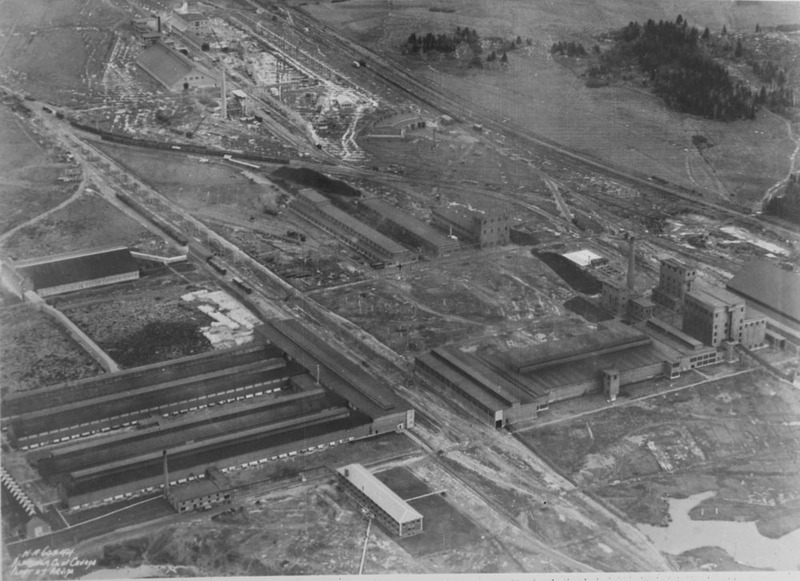 An aerial view of the Arvida factory, circa 1928. 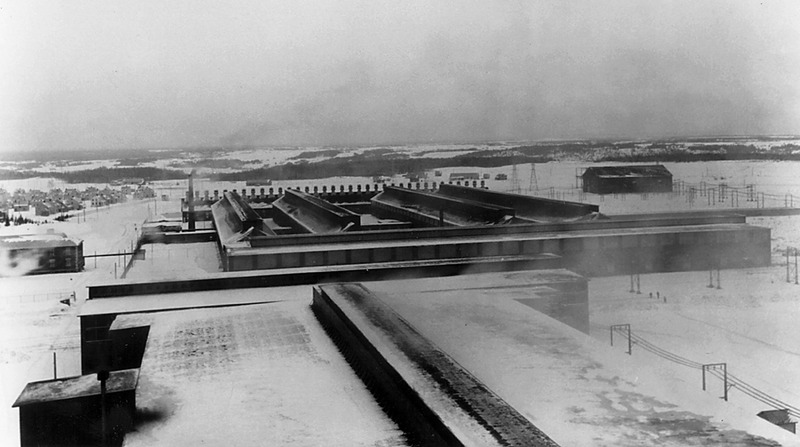 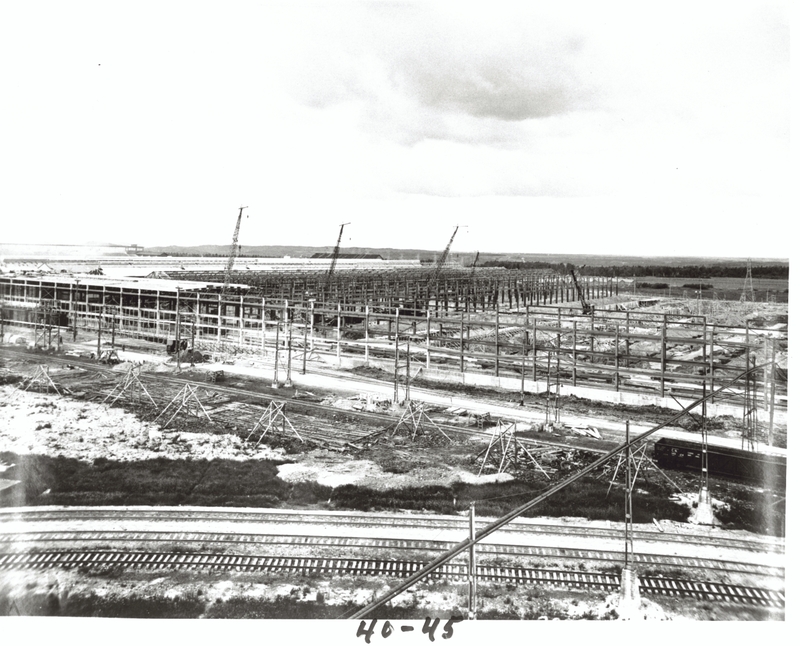 The construction of new potrooms using Söderberg technology, during the Second World War. 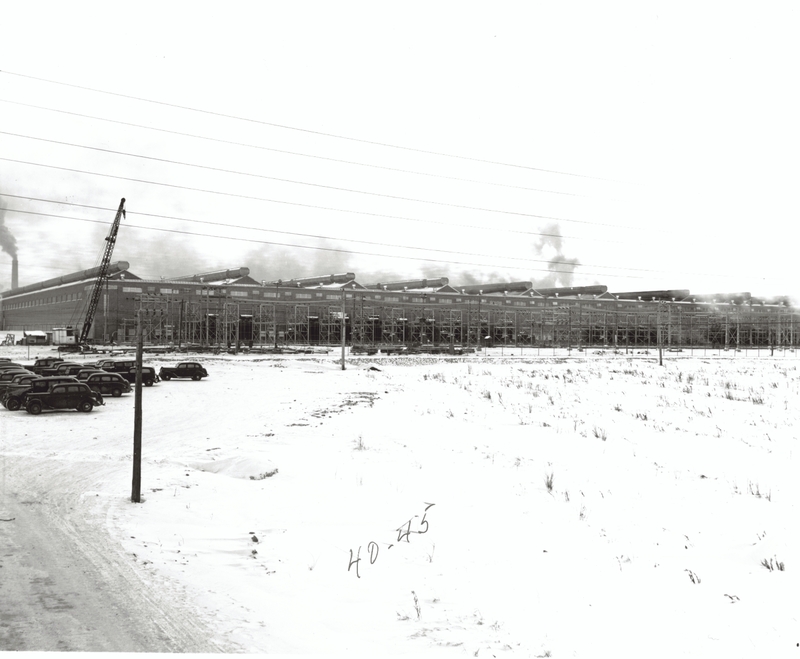 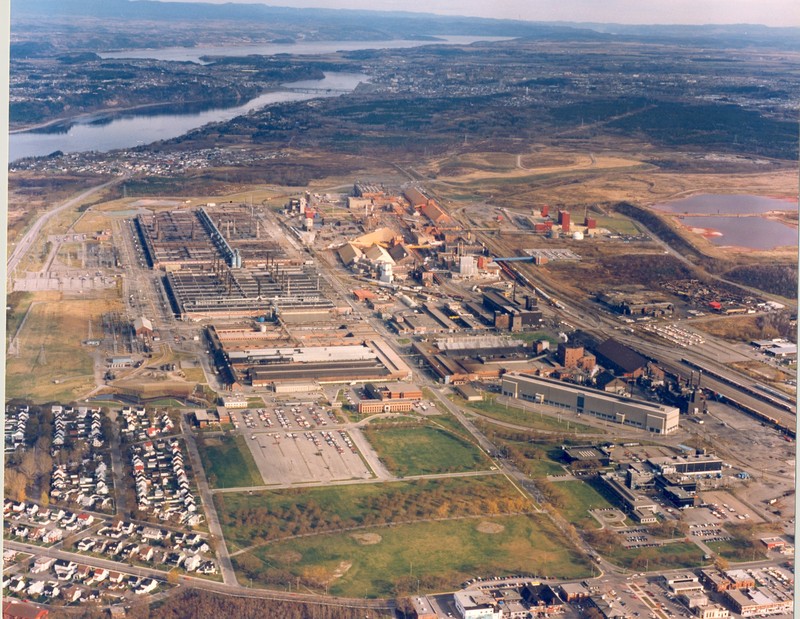 An aerial view of Arvida's aluminum plant in 1992. 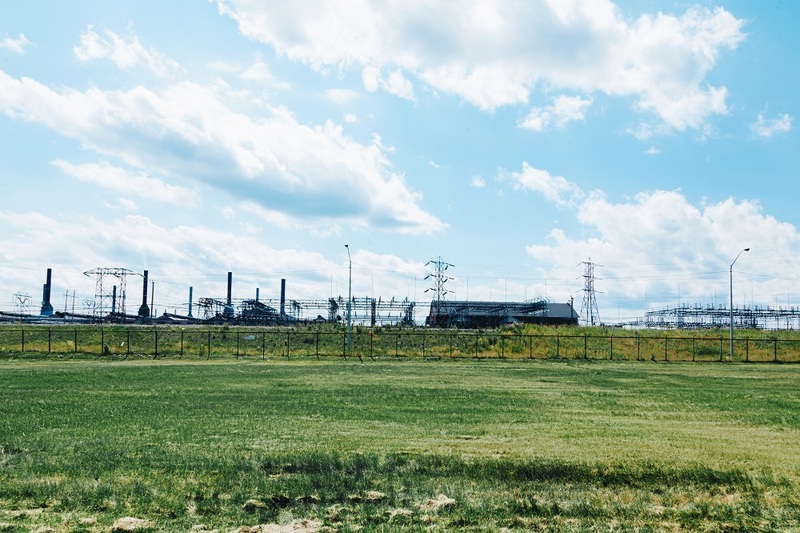 The Industrial Landscape of Saguenay Boulevard

Being reserved for scientists and lovers of luxury goods, aluminum remains a rare and expensive metal until the end of the nineteenth century. The discovery of the electrolysis process makes it possible to reduce costs significantly and to produce this metal in large quantities, and aluminum becomes the magical metal of the twentieth century.

The region’s vast hydroelectric potential encourages Alcoa to establish itself in the area. During the summer of 1925, the material required for construction is transported by train, at the rate of 15 to 20 cars per day. A colossal construction site including a smelter, a dry process refinery and an electrode plant is set up. In view of the mixed results of the dry treatment process, the latter is gradually phased out. In the 1930s, the refinery is converted to the Bayer process.

By September 1925, the aluminum smelter counts over thirty buildings, all built in less than two years. On 27 July 1926, the first ingot of aluminum is cast. In 1928, Alcoa creates Aluminum Limited to separate its U.S. activities from its international operations. It transfers ownership of 34 companies to the new corporation, the largest of which was the Aluminum Company of Canada.

The economic crisis of 1929 results in a slowdown in production for a few years. The summer of 1937 marks the creation of the National Catholic Syndicate of the Aluminum Industry of Arvida, which subsequently becomes the Syndicat national des employés de l’aluminium d’Arvida (SNEAA) (the National Union of Aluminum Employees of Arvida).

The outbreak of the Second World War marks a turning point in the aluminum industry. The great need for aluminum for the construction of aircraft brings about many expansions in the region. In order to meet the demand, nineteen potrooms, using Söderberg technology, as well as the Shipshaw II hydroelectric plant are built in Arvida. 80 to 90 % of the British Empire’s aluminum is produced in Arvida. The Arvida smelter becomes the largest aluminum complex in the world.

In the late 1970s, the company undertakes an extensive program of expansion, diversification and modernisation. Söderberg potlines, which are considered too polluting, are gradually closed in the following decades. In 2006, Alcan announces a multi-billion dollar investment in Saguenay in a new complex using AP60 technology. The Arvida smelter is now owned by Rio Tinto. The complex includes an alumina plant (Usine Vaudreuil), divided into two operating units (alumina plant and hydrates chemical plant), an aluminum plant (Usine Arvida), a technology centre (AP60) and a research and development centre.