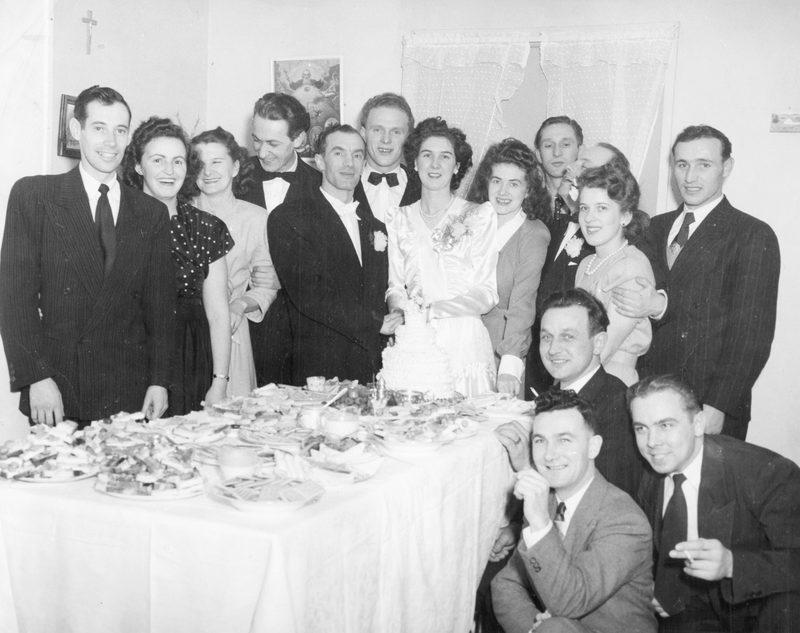 Arvida's population included many immigrants. Pictured : a wedding in Polish fashion, in January 1949. 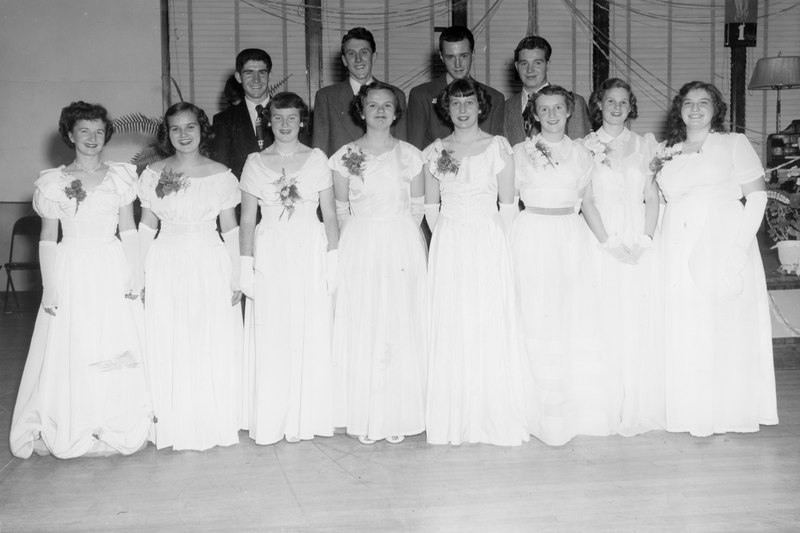 A Mass for Poland 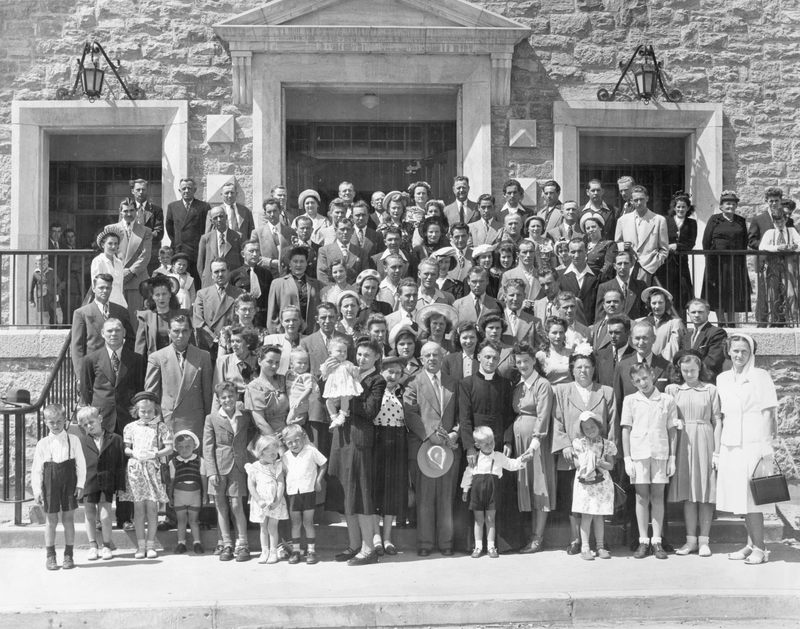 A group of Slavs of the Diocese of Chicoutimi, assembled in front of Arvida's Saint-Jacques Church for a special Mass for Poland, celebrated by Father Zygmunt Wozniak in August 1949.

The industrialisation of the Saguenay-Lac-Saint-Jean region results in the arrival of a significant number of workers. While some of the newcomers come from other parts of Quebec, many are of various origins and travel from one major construction site to another, thus introducing diversity into the cultural landscape.

In Arvida, the construction of the smelter and the city requires a large workforce. In the early years, there are more than 30 different nationalities, including Poles, Swedes, Norwegians, Finns, Czechoslovaks and Italians. Religion occupies an important part of the community life of the new city. Religious gatherings are an important opportunity for integration of the population. The Sainte-Thérèse-de-l'Enfant-Jésus church welcomes Roman Catholics, but also those sharing similar religious rites. The same is true for the First United Church, which welcomes most non-Francophones.