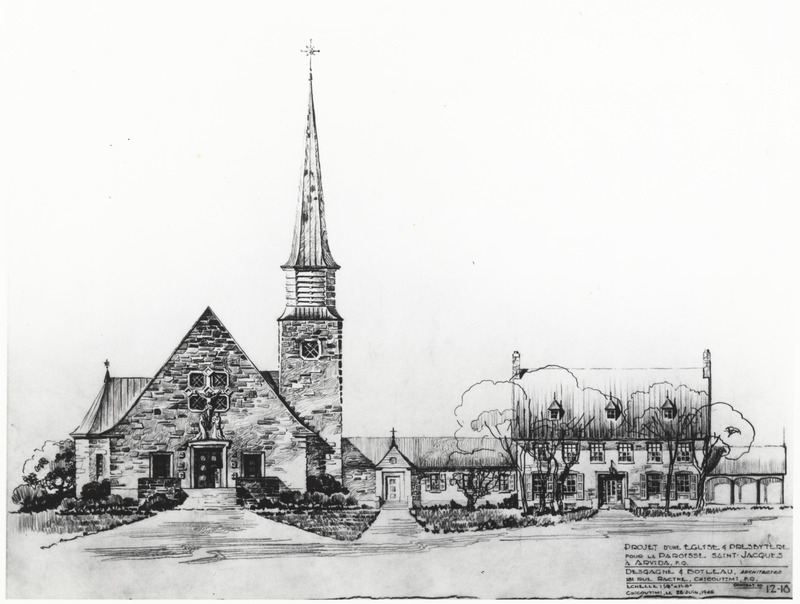 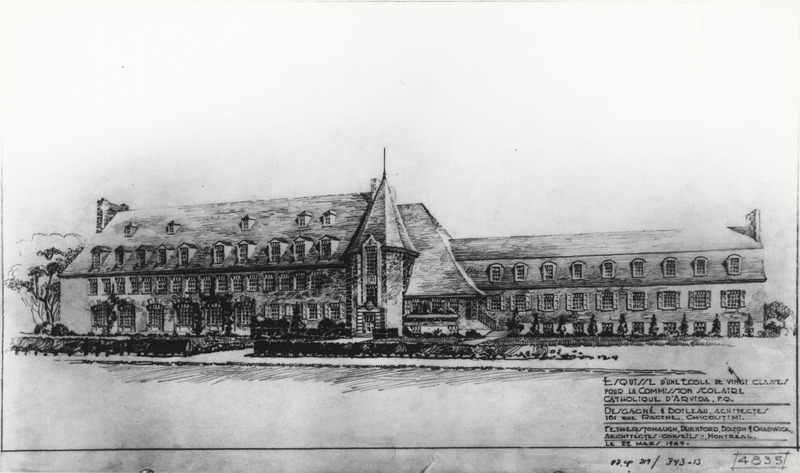 Project for the building of Notre-Dame-de-l'Assomption School. Arvida, 1949. 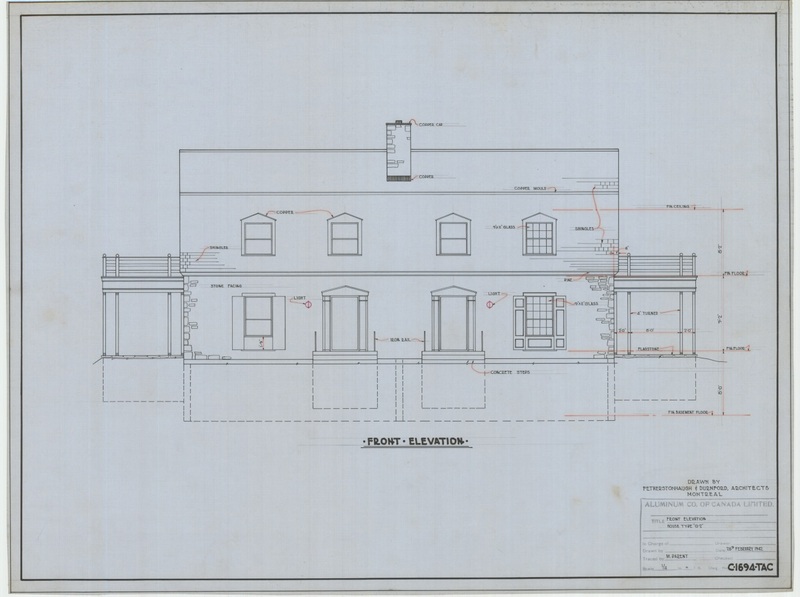 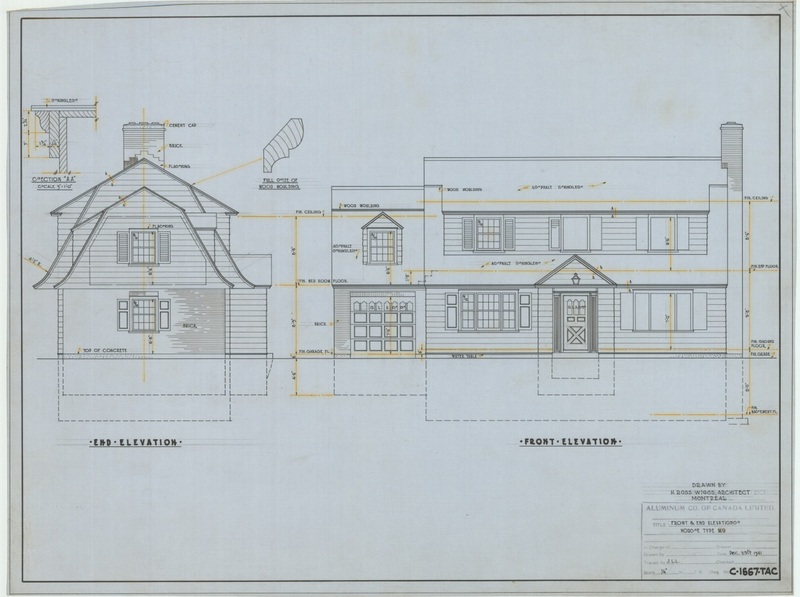 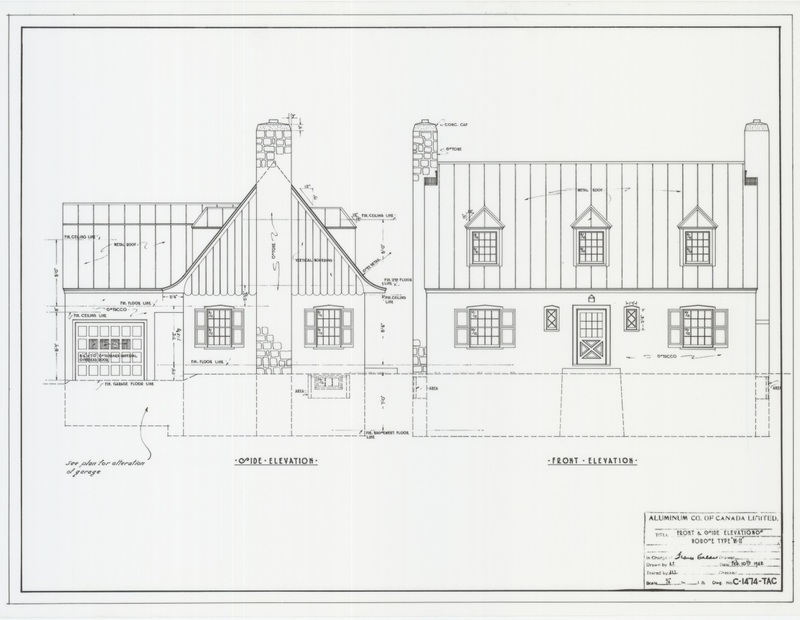 In an effort to attract workers and create a sense of belonging for the newcomers coming to live in Arvida, Alcoa adapts some of its plans in order to create homes inspired by traditional French-Canadian houses. They feature a family room, part of the traditional layout of French-Canadian homes. This approach, aiming to give the new city a French-Canadian character, represents a precursor to regionalism on the part of the company's engineers and architects.

From the 1930s on, neo-vernacular architecture becomes more and more popular with architects. It is a style that emphasises local distinctiveness. Thus, architects take into account the cultural characteristics, the materials available on site, the layout and the decorative elements. The buildings of New France, or those considered typically French-Canadian, serve as a model.

The city of Arvida expands as this architectural style becomes popular. Thus, there are several neo-vernacular buildings: the Arvida Market, the Corner Store, the Saguenay Inn, Brittany Row and Saint-Jacques Church. Several houses are built in this style, including some on Castner Street. They can be identified, among other things, by their small size, dormer windows and curved eaves.