Saguenay Inn and the Britanny Row 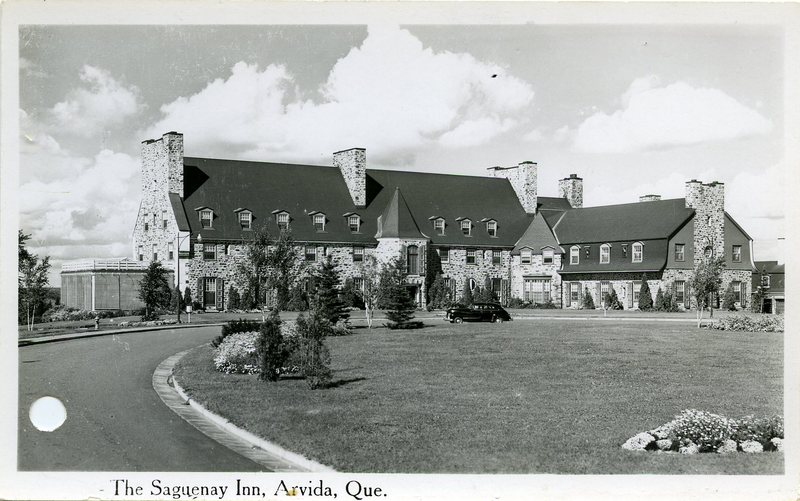 The Saguenay Inn (now known as Manoir du Saguenay) is recognized as one of the most complete examples of regionalist architecture. 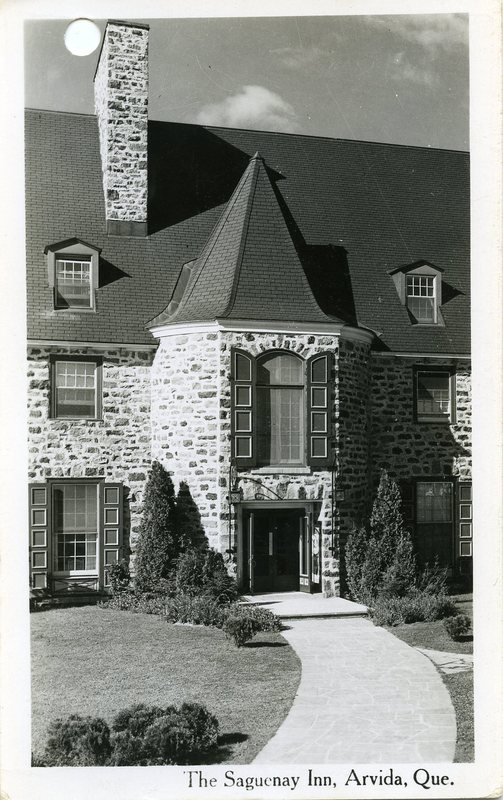 The Saguenay Inn's turret entry, a popular feature at the time of its construction. 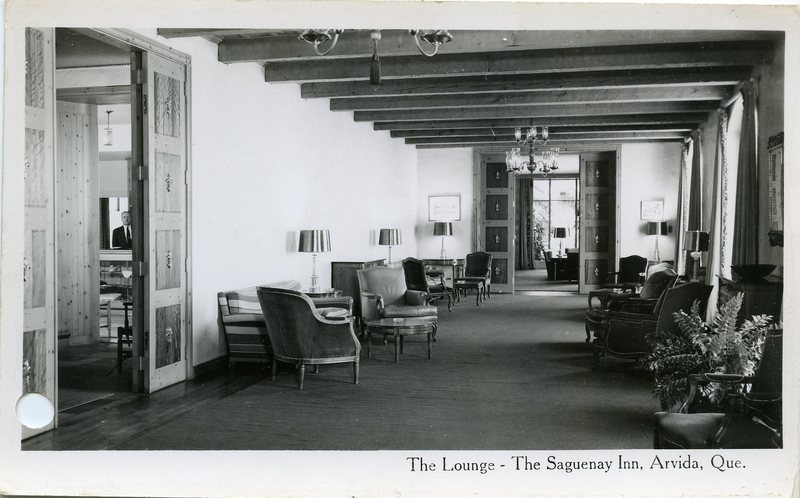 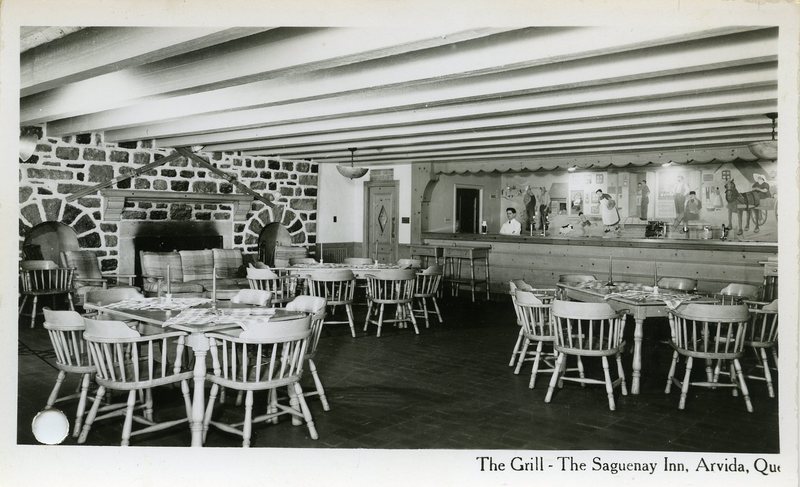 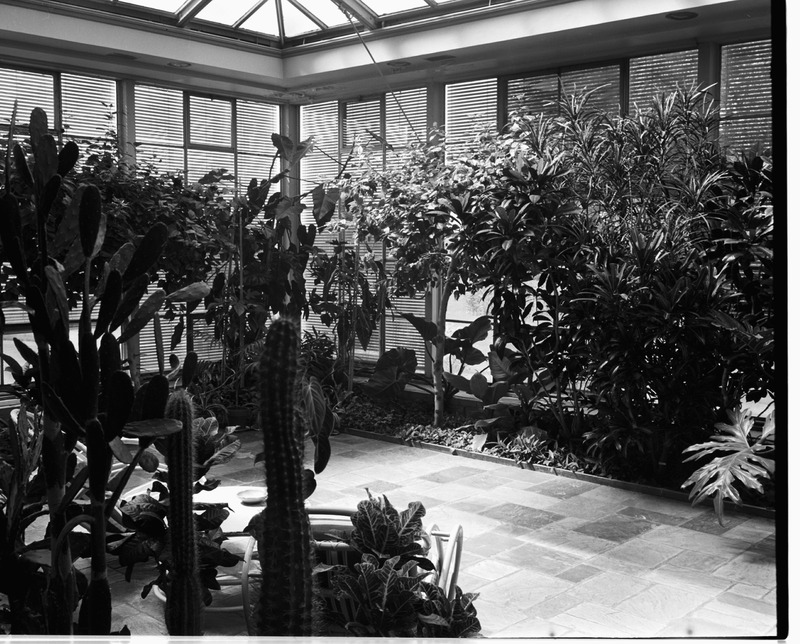 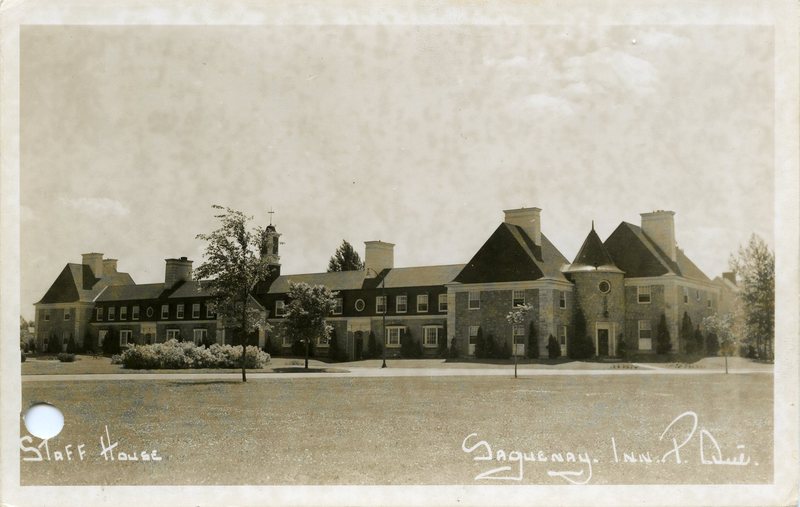 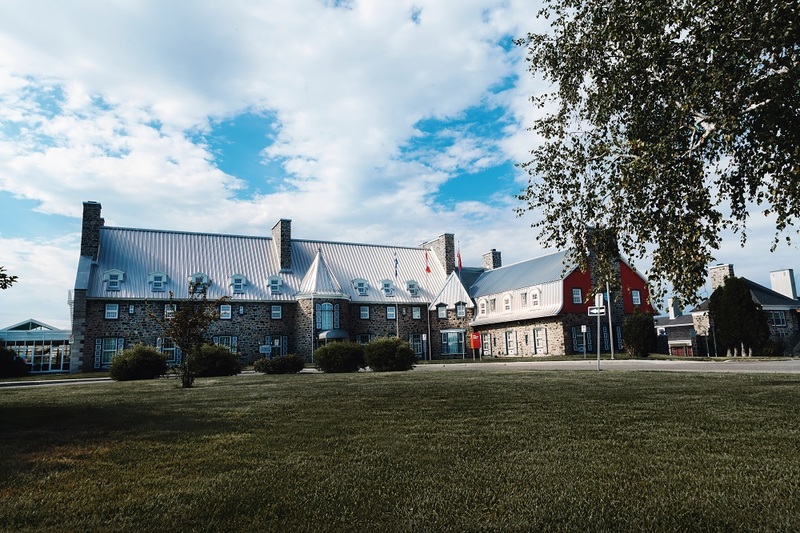 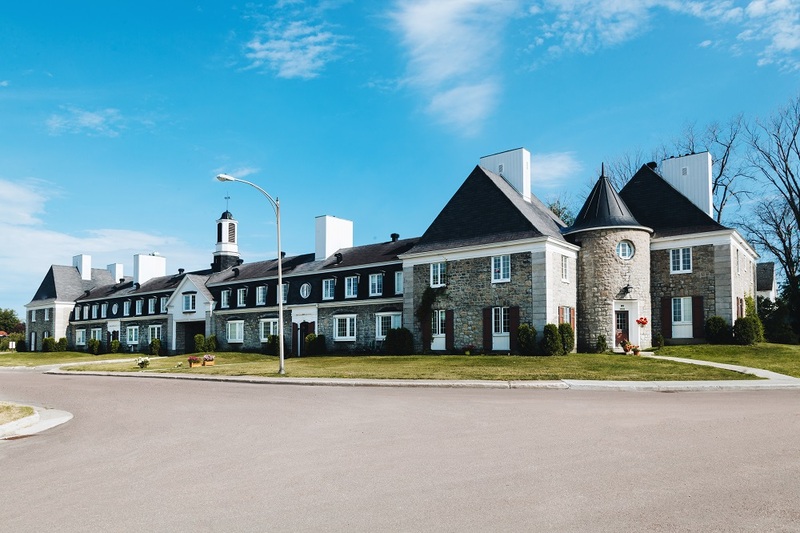 The Saguenay Inn and Britanny Row

Designed by architects Harold Lea Fetherstonhaugh and Alexander Durnford, the Saguenay Inn is built in 1939-1940 to accommodate the single staff and guests of the company who flock to the aluminum city during the Second World War. The building also serves as a recreation centre. In the basement are rooms for the golf and ski clubs, billiard rooms and a table tennis room.

The decline in the number of residents in the 1950s prompts Alcan to make modifications to the building and make it available to the general population. In 1962, the Saguenay Inn is renamed Manoir du Saguenay. Several dignitaries have visited, including Robert Bourassa, Gilbert Bécaud, Maurice Chevalier, Charles Aznavour, Queen Elizabeth II and Prince Philip. In 1985, the Manoir du Saguenay closes for a few years. It opens again in February 1990. It is now used as a training and meeting centre for company employees.

Inspired by traditional architecture, the Manoir du Saguenay is one of the most complete examples of regionalist architecture. It evokes the image of an old seigniorial farm enlarged and modernised over time. In addition to the use of aluminum in its architectural details, the Manoir du Saguenay includes a feature popular at the time of its construction, namely the staircase turret marking the entrance. This element recalls the tower of the Ramezay Castle in Montreal or that of the Jacques Cartier Manor House in Saint-Malo.

Opposite the Manoir du Saguenay stand the Britanny Row apartments. The building evokes the stables of a mansion where the horses’ stalls would be on the ground floor and the grooms’ lodgings on the upper floor. Although the residential building was sold by Rio Tinto Alcan in 2013, it still maintains its original vocation as the building still houses seventeen apartments.

360° view of the inside of Saguenay Inn