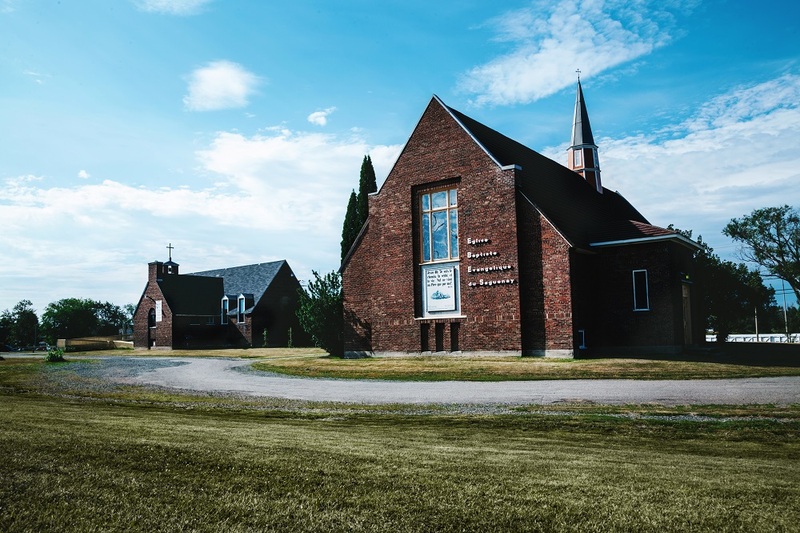 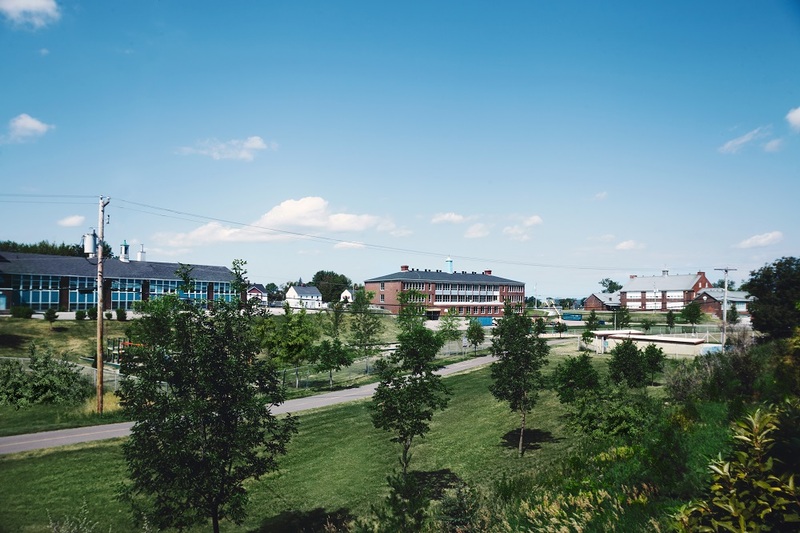 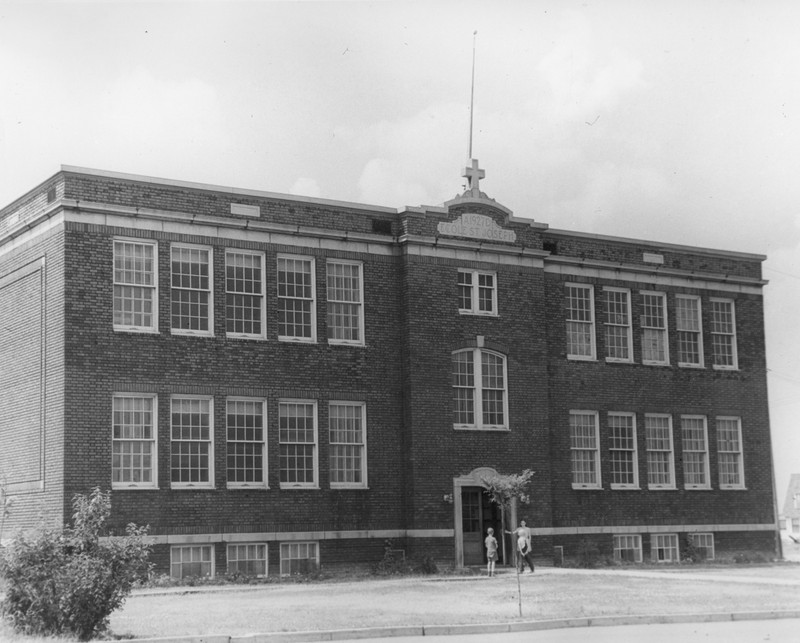 Saint-Joseph School, the first Catholic school in Arvida. It was located on the corner of School (now Edison) and Davy Streets. It was destroyed in the 1970s. 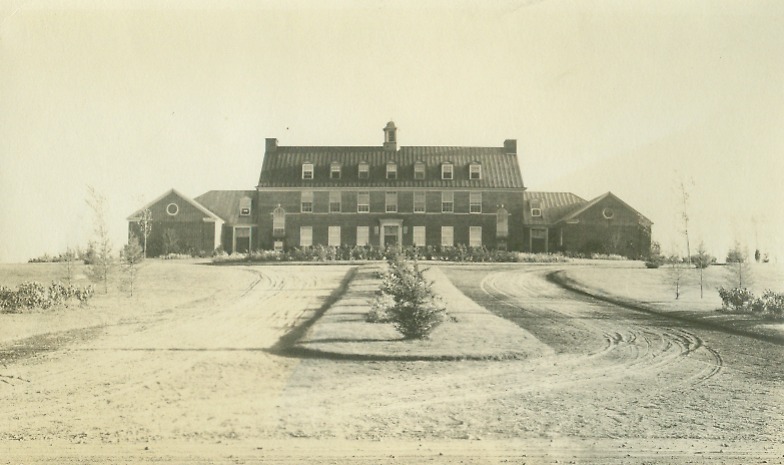 Sainte-Thérèse School, built according to the plans of Ernest Isbell Barott and placed under the direction of the Sisters of Our Lady of Good Counsel.

The construction of Sainte-Thérèse School 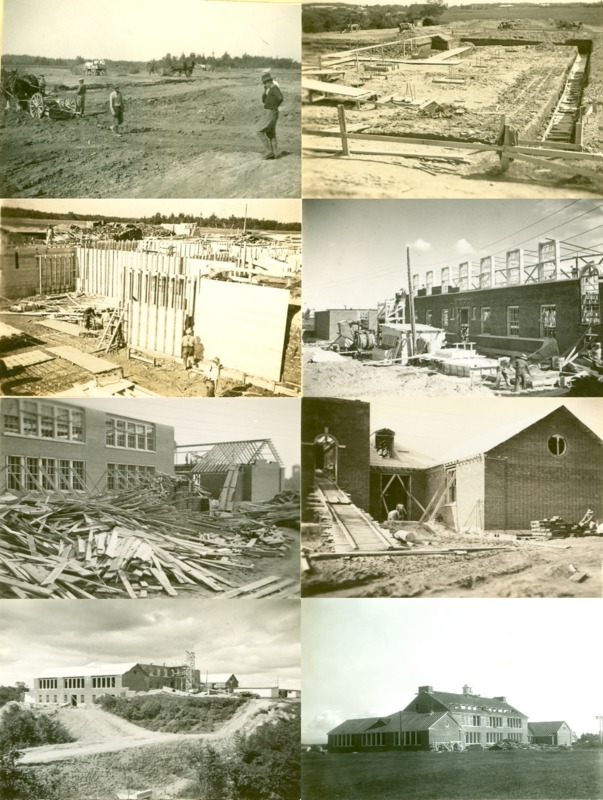 The construction of Sainte-Thérèse School, 1936. 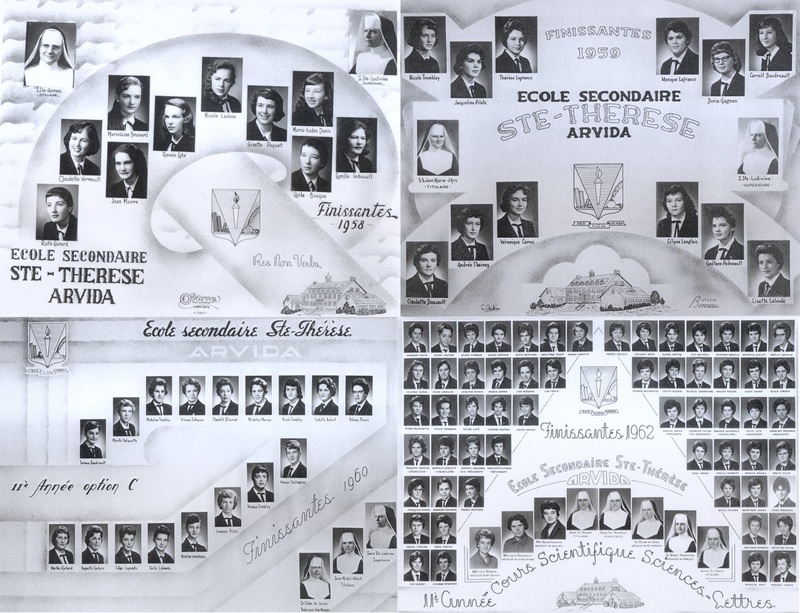 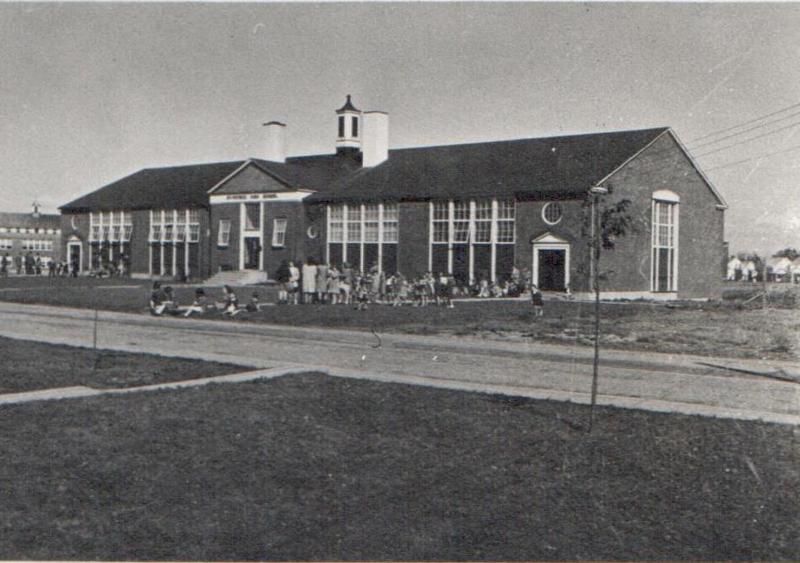 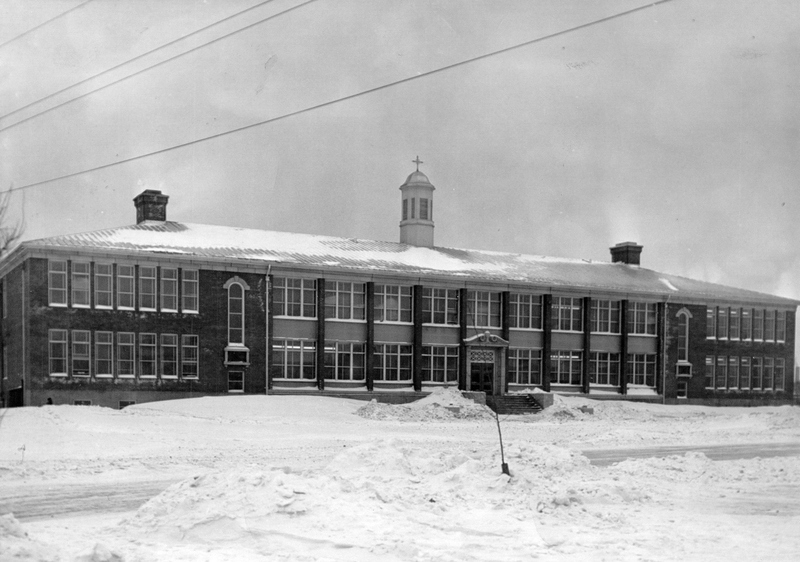 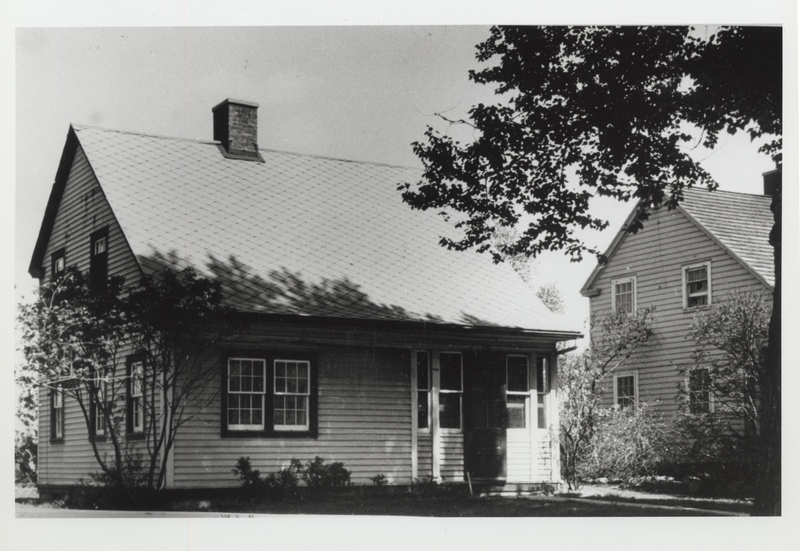 The house which served as Arvida's first Protestant school. 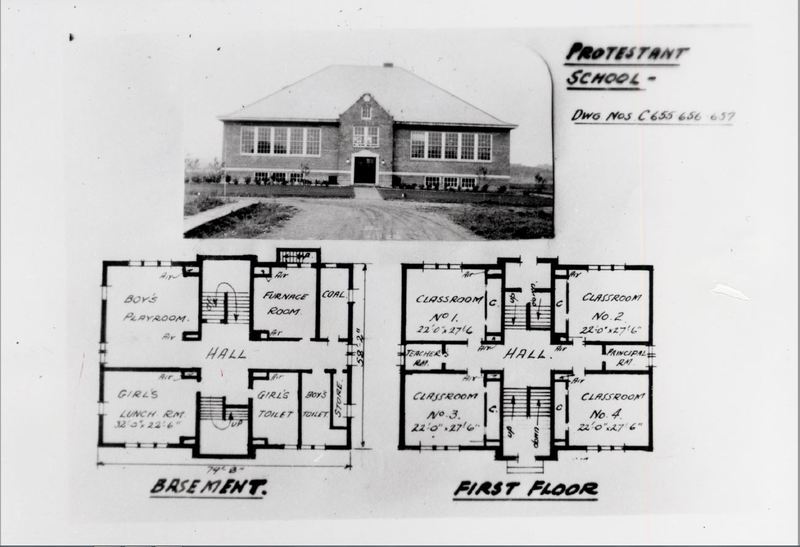 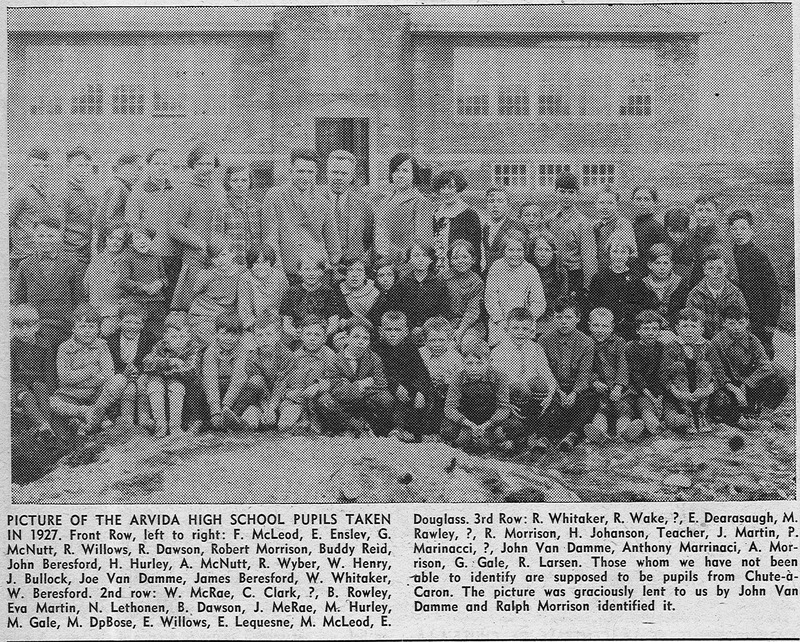 The students of the Protestant school, 1927. 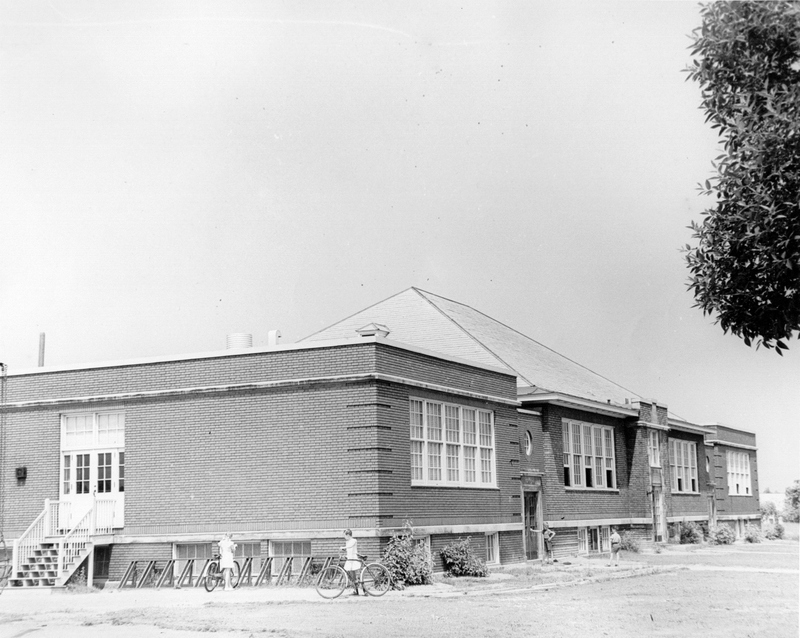 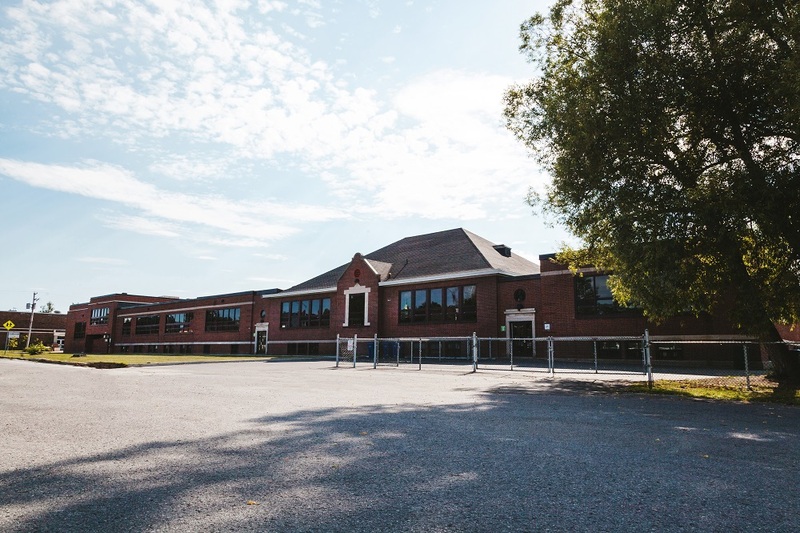 In the center of the picture, the first protestant school, which gets its distinct look through its four-sloped roof. Built by the Aluminum Company of Canada in 1927, the building has been extended and modified multiple times over the years. The building is now occupied by the Riverside Regional School.

The institutional area is a concentration of school buildings and places of worship on the edge of a small gulley. The site includes five schools built between 1927 and 1962, as well as two churches : the First United Church and St. George the Martyr Church. Education is a priority for Arvida’s leaders. The first classes are held in houses. Then, quickly, the company undertakes construction of two schools: one for Catholics and one for Protestants.

Led by the Sisters of Good Counsel, Saint-Joseph School admits French- and English-speaking Catholic students on 16 November 1927. In 1936, boys' education is entrusted to the Brothers of Christian Instruction at Saint-Joseph School. Girls, meanwhile, are transferred to a new building: Sainte-Thérèse School, built according to the plans of Ernest Isbell Barott. The administration is entrusted to the Sisters of Good Counsel, who reside on the third floor of the building, teach Grades 1 to 11 and provide secretarial and home economics courses. The premises are shared with the English-speaking Catholic community until the opening of its own school in 1942. The latter was built by Fetherstonhaugh, Durnford and Bolton. The Second World War brings a large number of people to Arvida. In order to accommodate all of the city’s children, the Arvida School Board utilises various buildings and houses. Several schools are built soon afterwards. It is in this context that Notre-Dame-du-Sourire School, built according to the plans of Léonce Desgagné and Paul-Marie Côté, opens on 15 August 1951.

On 21 July 1927, the construction of the Protestant school begins. It admits its first students on 12 December. The school is known as the Arvida Intermediate School. Laymen teach Grades 1 to 9. In 1943, the school attains secondary school status, and becomes known as Arvida High School. From this point on, more staff are teaching more classes. In the 1960s, the English-speaking population of the region begins to decline. In order to consolidate the Anglo-Protestant school population, the Saguenay Valley School District is created. In June 1962 begins the construction of a new building: Saguenay Valley High School, designed by Jacques Coutu. Quickly, the school accepts students from Arvida, Chicoutimi, Chicoutimi-Nord, Jonquière, Kenogami, as well as from Riverbend, Isle-Maligne and Alma. In the 1970s, Arvida is considered a regional centre for English-language educational services.