A beautiful house in a beautiful.. 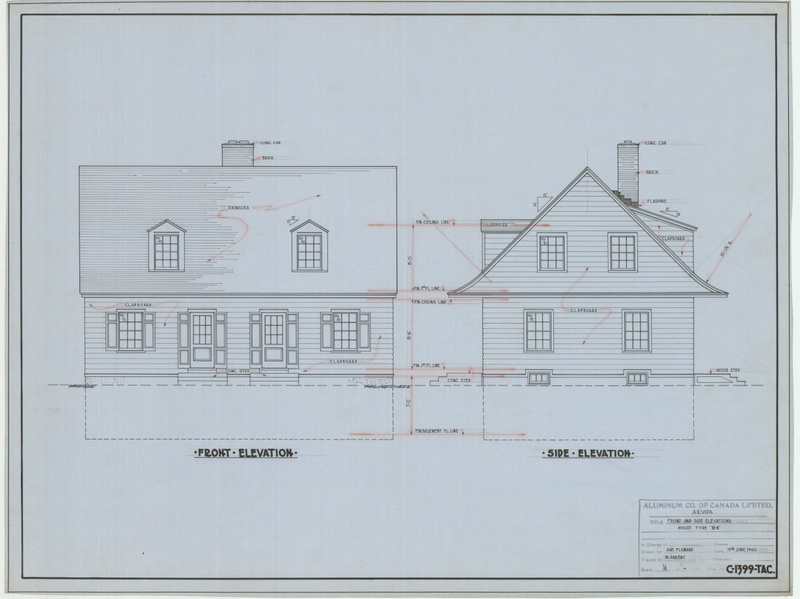 This M-6 house was designed by Henry Ross Wiggs. 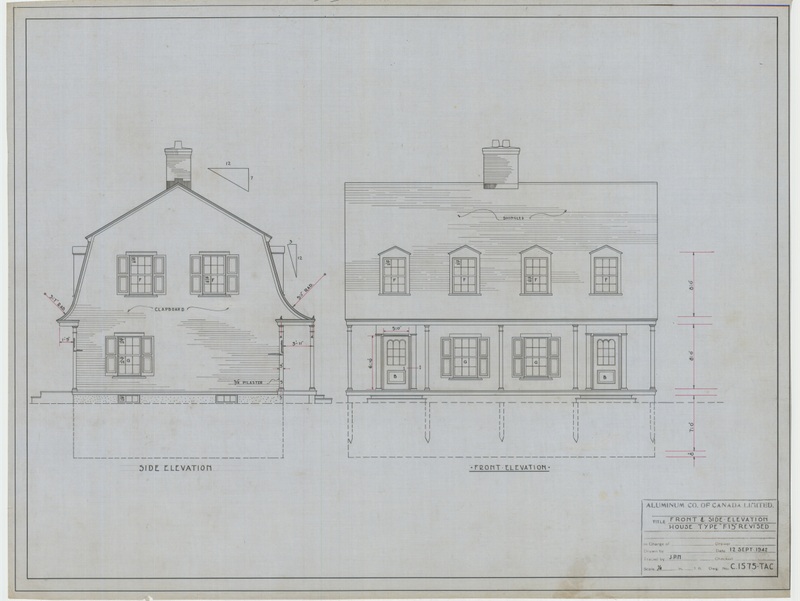 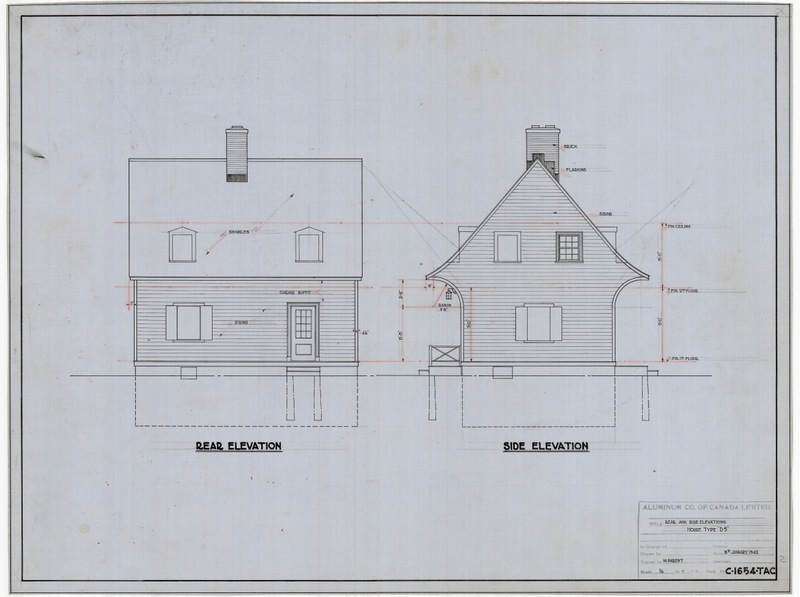 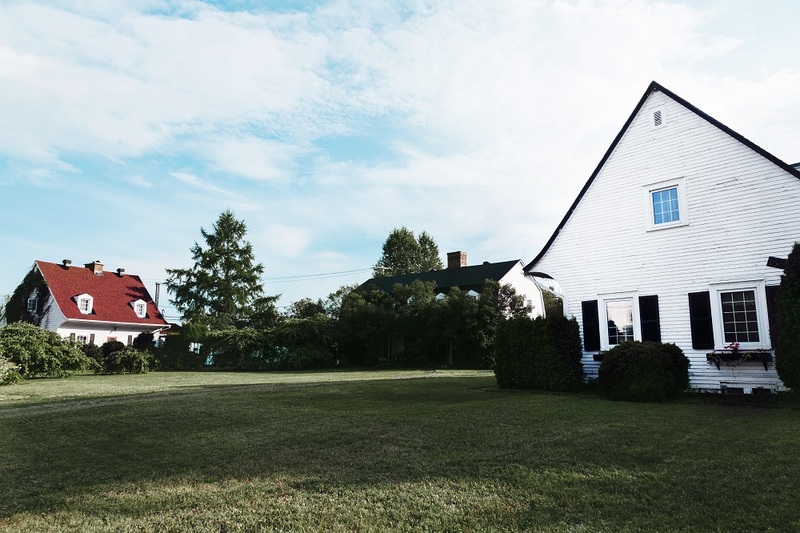 Fickes Street. The location and architecture chosen for these three houses side by side evoke farmhouses with a barn at the back.

In the second half of the 20th century, promoting traditions and tourism is a primary concern. Among the pioneers of this development, Maurice Hébert, director of the Quebec Tourist Board, advocates a policy based on preserving the originality of the French-Canadian countryside. It is under his leadership that the provincial architecture competition « Une belle maison dans une belle province » (A Beautiful House in a Beautiful Province) is created in the 1940s.

Among the first two winners is Henry Ross Wiggs, the architect who created two models of houses in Arvida : the M6 and F15. On Fickes Street, you can see the F15 model, next to two D5-type houses, the creation of Léonce Desgagné. The D5 model is characterised by curved eaves, recalling the heritage houses of the Lower St. Lawrence. The positioning of the buildings and the landscaping are carefully considered in order to compose a setting evoking the French-Canadian countryside. The location and architectural form chosen for these three side-by-side houses bring to mind the image of farm houses with a barn at the back.