The Aluminum Bridge of Arvida 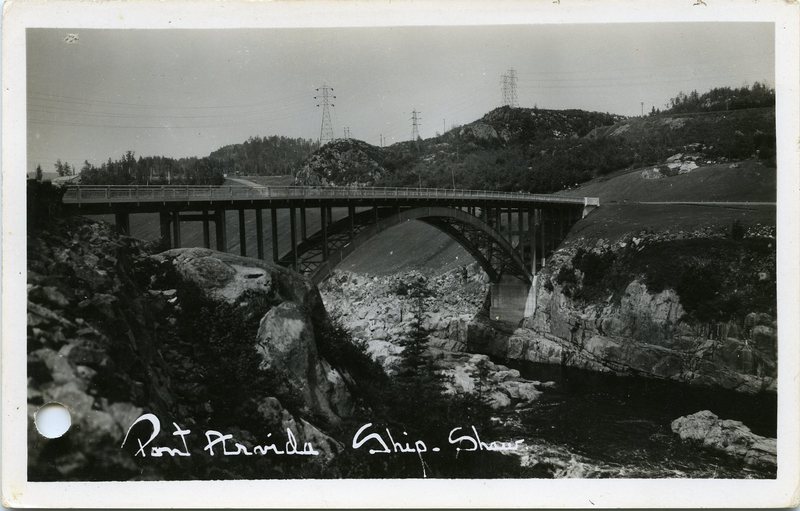 The Arvida Aluminum Bridge is recognized as a masterpiece of civil engineering.

The opening of the bridge 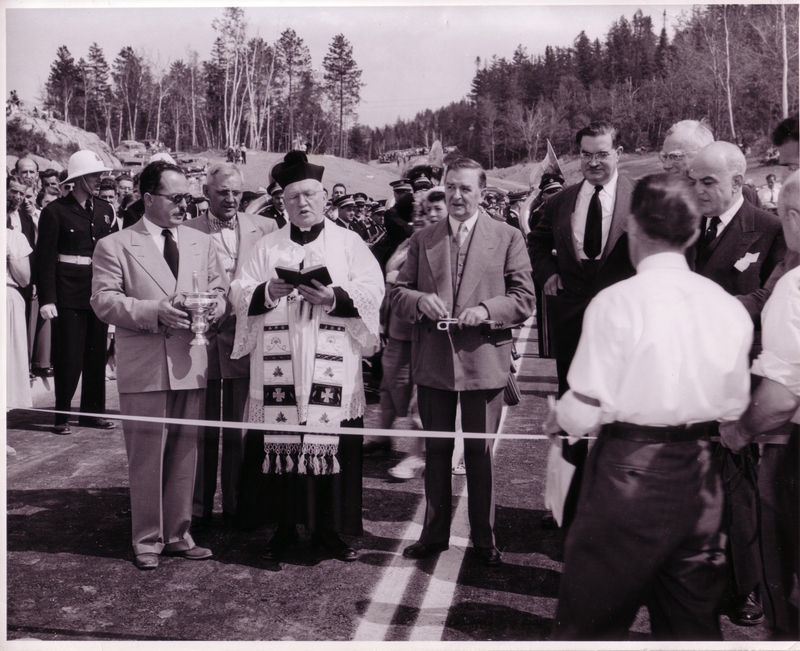 The opening of the Aluminium Bridge, in the presence of Maurice Duplessis, premier of Quebec, and Joseph Lévêque, Sainte-Thérèse parish priest, on July 16, 1950. 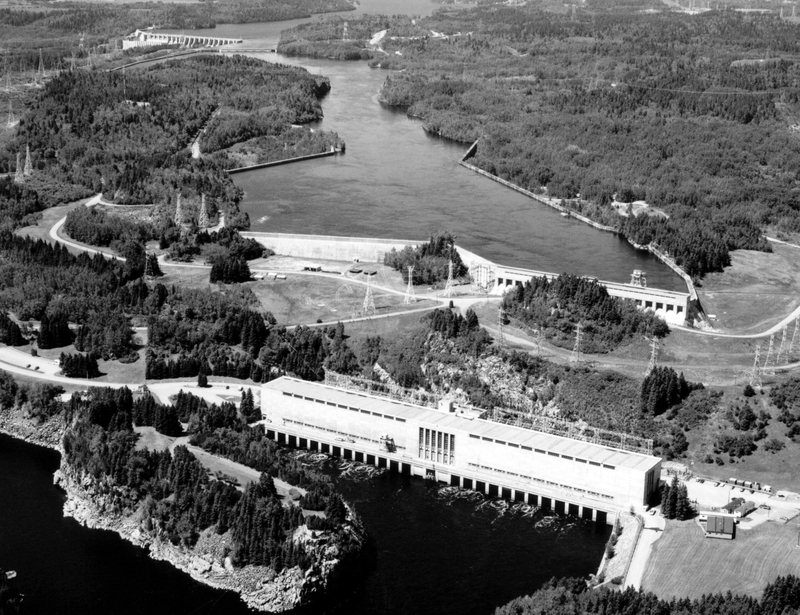 The hydropower plants of Shipshaw, in the foreground, and Chute-à-Caron, in the background.

Recognised today as a masterpiece in the history of civil engineering, the aluminum bridge is built to connect Arvida to Ville Racine as well as to the Shipshaw II facilities. As a result of preliminary studies carried out in the 1940s, two bridge projects are proposed : one in steel, the other one in aluminum. The choice is made to use aluminum. Construction of the bridge begins in August 1949 and lasts a little less than a year. The first bridge in the world built entirely in aluminum, it is inaugurated on 16 July 1950, before an assembled crowd of 5,000. Joseph Lévêque, priest of Sainte-Thérèse Parish, blesses the structure. Maurice Duplessis, premier of Quebec, cuts the symbolic ribbon. The aluminum bridge is 153 metres long and weighs 163 tons, which is approximately half the weight of a similar steel structure.

Near the aluminum bridge stands the Shipshaw II hydropower plant. The latter is built in eighteen months by several thousand workers during the Second World War, with the objective of providing more electricity to meet the growing demand for aluminum.

360° view on the aluminium bridge 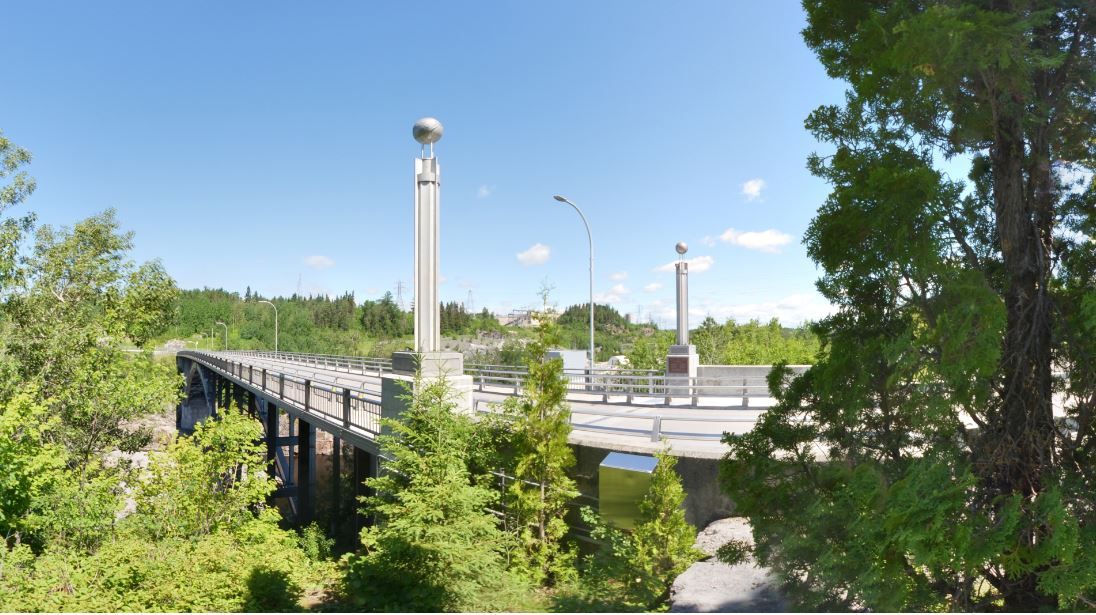