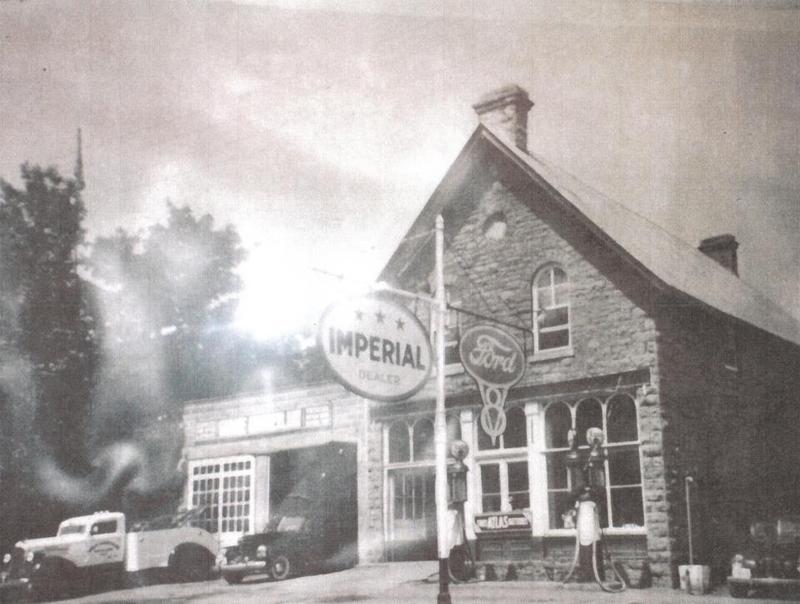 The Chamberland Garage, at the corner of Laurier and Edwards Streets, replaced the former W.C. Edwards General Store. This photo shows the building before the fire, around the 1950s. Originally, the W.C. Edwards General Store served the people of Rockland but mostly the company's employees, who were paid with tokens that served as money for all their purchases at the store. 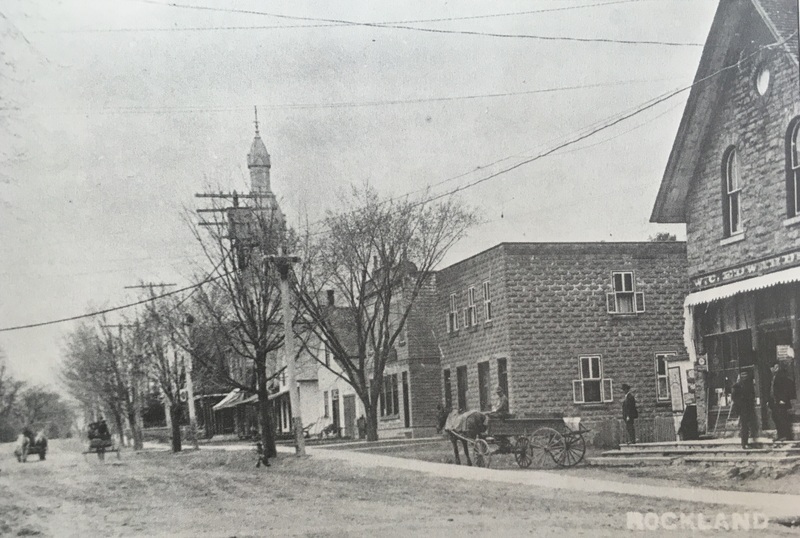 Laurier Street in 1911, with W.C. Edwards General Store on the far right.

Chamberland Garage, built on the location of the old general store.

The former W.C. Edwards General Store is recognized as a local historic site because of its commercial importance and the role it played in community development.

With the opening of the Edwards mills, many people settled in Rockland, and the Edwards Company opened a general store, at the top of Edwards Street. At the beginning of the twentieth century, a few merchants settled on Laurier Street, however, if the mill employees needed to get food, clothes, or tools, they mostly depended on the company’s general store.