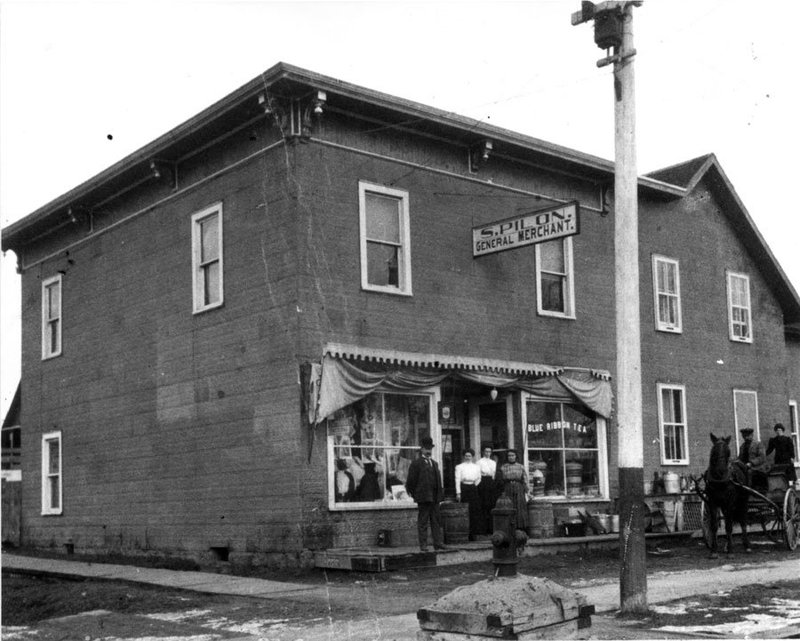 The general store when Stephen Pilon was owner (around 1908). 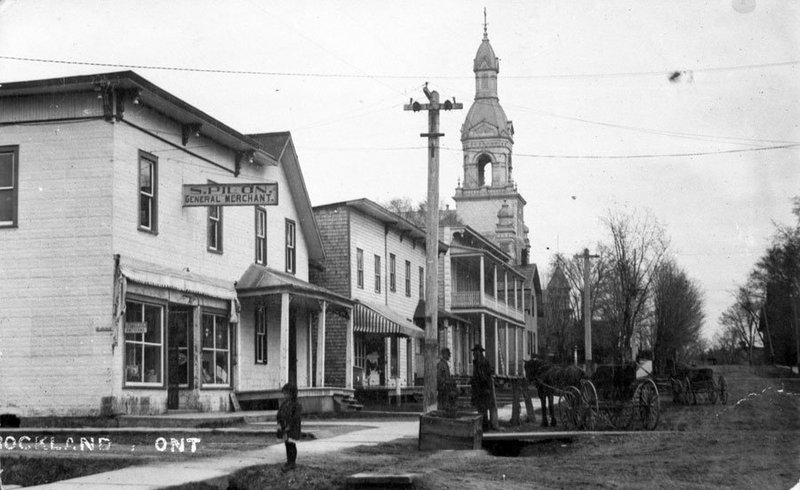 This 1911 picture shows Laurier Street and Stephen Pilon’s store on the left. 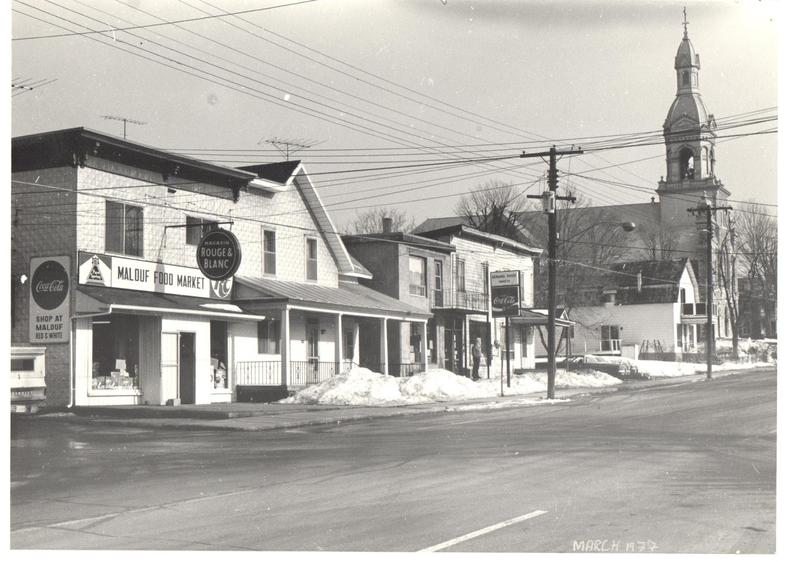 Photo taken in 1977: The building as it looked when Antoine and Amalia Malouf operated the Malouf Food Market. The couple still own the building, but do not operate the store anymore. 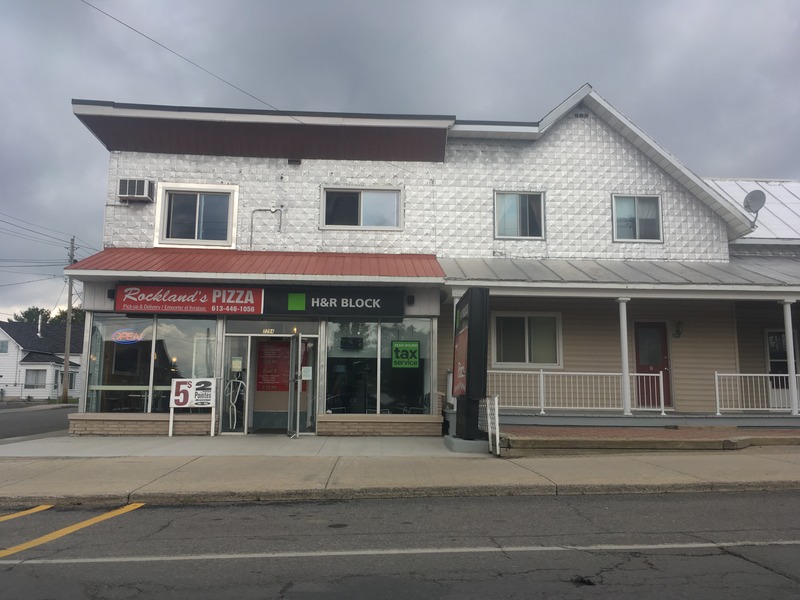 This building is considered a local historic site given its commercial purpose.

In 1896, this property was sold to Toussaint Pilon by William Cameron Edwards. Although the Edwards Company had its own general store just a few steps away, William sold part of his land to allow Mr. Pilon to open his own store. At the time, they were competing with two other general stores on Laurier Street, Onésime Charon and Xavier Giroux. For many years, Toussaint was responsible for managing both the store and grocery store. He died in 1908, and his son Stephen took over the store’s management.

On December 12, 1966, after Antoine and Amalia Malouf searched for a francophone community to settle, they became owners of the Lalonde's family store and renamed it Malouf Food Market. They remained owners until their retirement in the late 1990s.

Antoine and Amalia remain owners of the building. The new tenants converted the store to a pizzeria, known as Rockland Pizza.