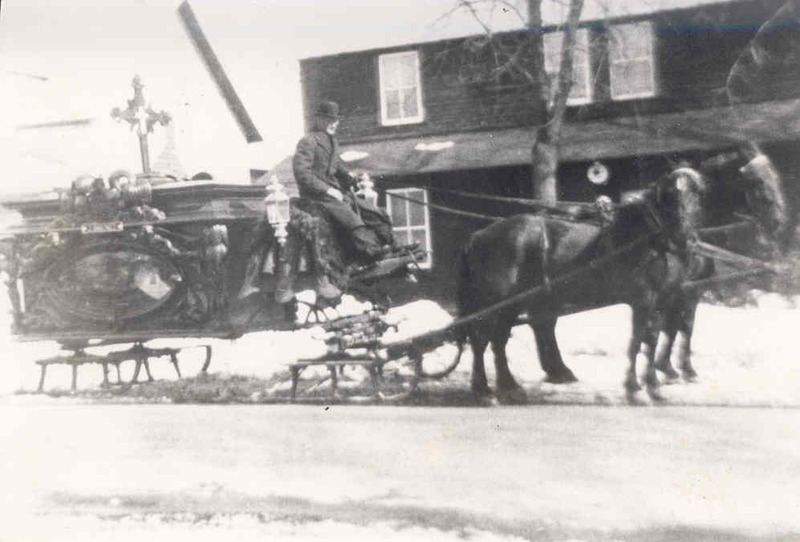 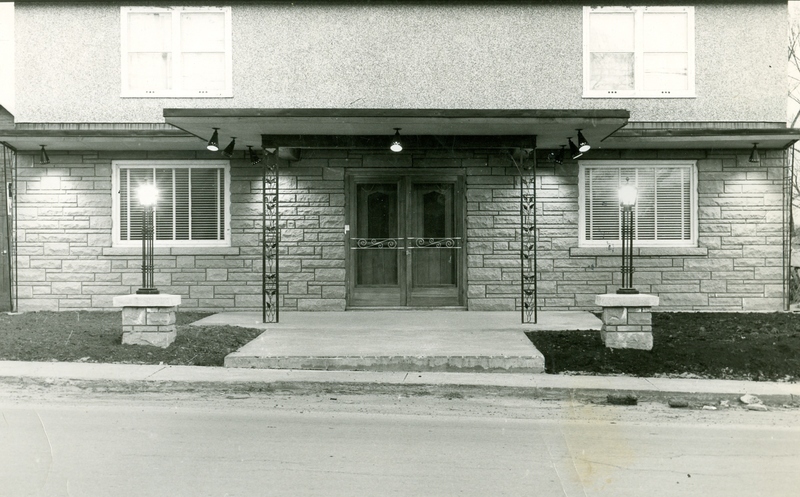 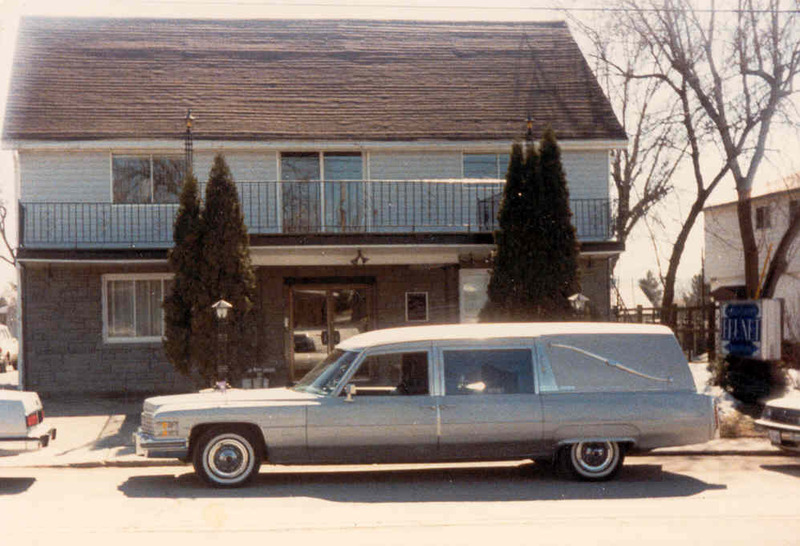 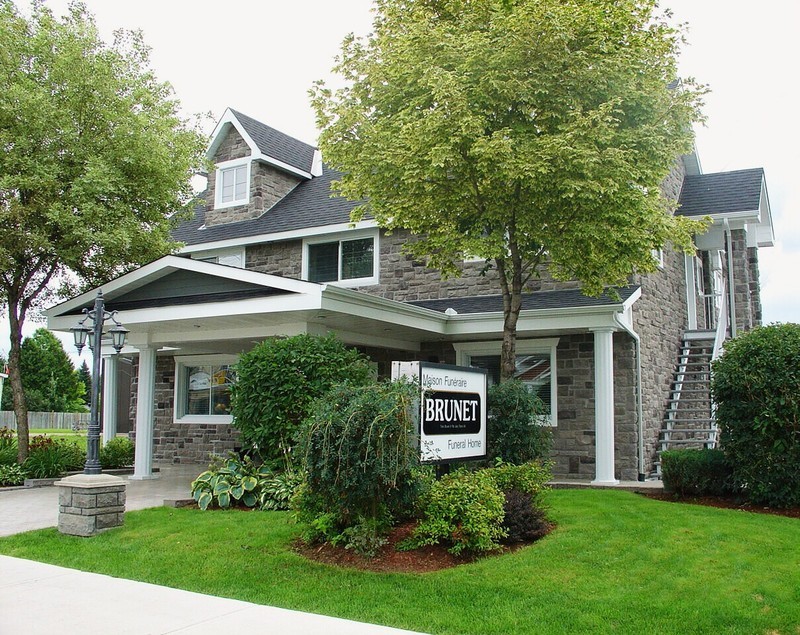 The Brunet funeral home in 2017. This house is recognized as a local historic site given its commercial importance and the fact that the Brunet family offers funeral services since the 1950s.

Jean-Baptiste Brunet (first generation) lived in Clarence Creek where he was a carpenter and coffin manufacturer. In 1884, his son Fabien (second generation), created the Brunet funeral home in Rockland and offered his service across the region.

Joseph, son of Fabien (third generation), received his embalmer certificate in 1915 and joined the family business.  At the time, to be certified in Ontario, a two-day training offered by an American company was required.

Until 1940, it was customary for the embalmer to go to the residence of the deceased and embalm the body on the bed.   The body’s viewing took place in the family room. However, as families were often large and houses too small to receive visitors, Joseph decided to offer the living room of his own home where he was living since 1930. The living room was on the left as you came in, and the kitchen to the right along with the stairs to access the rooms on the second floor. As time passed, it became customary for the body viewing to take place at the Brunet’s.

In 1948, after Joseph’s death, his son Théogène (fourth generation), inherited the house and pursued the family business. Around 1950, he transformed the family residence into a funeral home and bought a house for himself located across the funeral home. He also modified the building's exterior, which was then covered in wood. In 2009 the building was renovated once again and it's during those renovations that the stone was added. Two sons of Theo, Marc and Guy (fifth generation) joined him, and Guy’s children Christian and Veronique (sixth generation) are part of the business today.