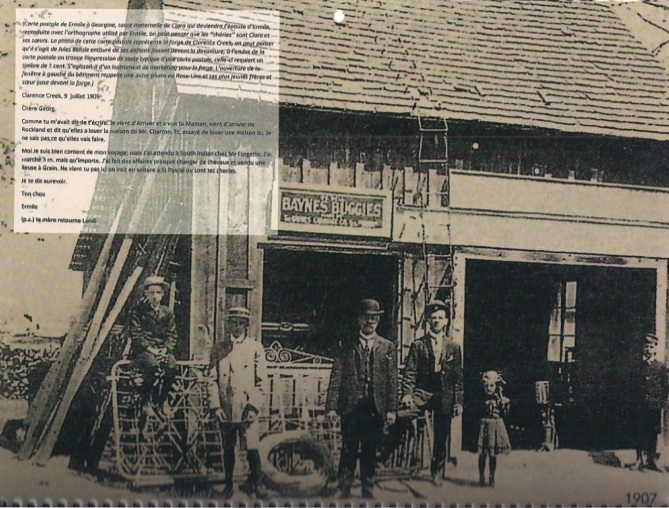 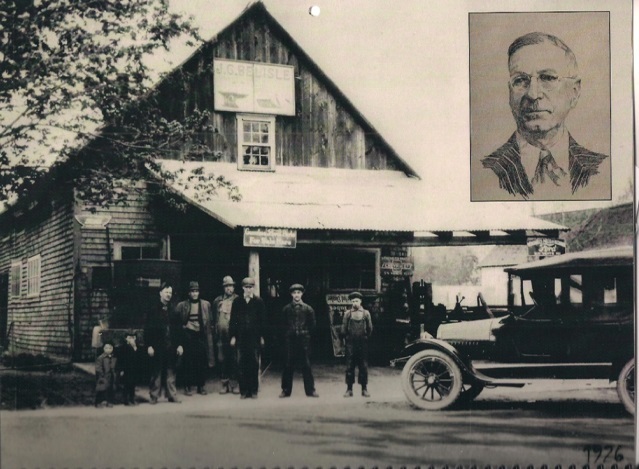 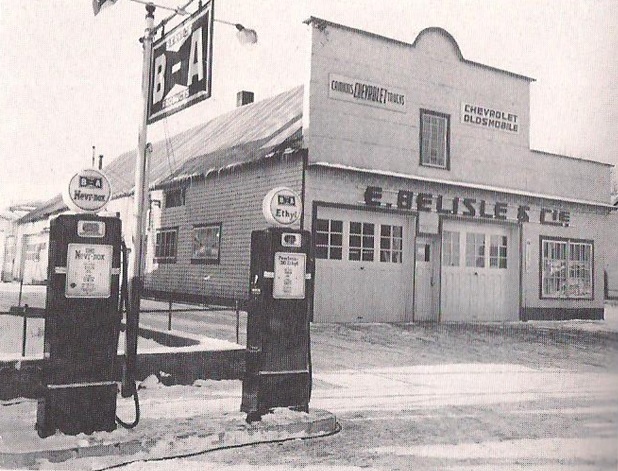 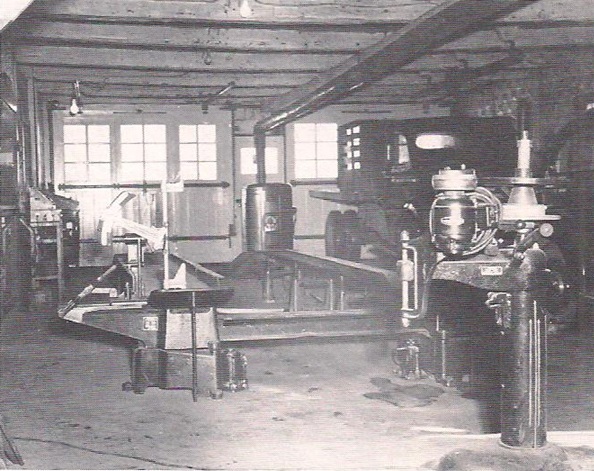 The inside of the second Bélisle garage. 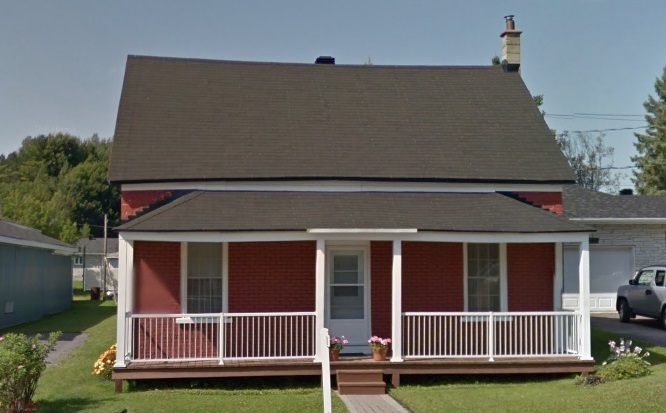 These buildings are considered local historic sites given their commercial purpose and their former owners.

Around 1882, Jules Bélisle left Saint-Augustin, Quebec with his wife Mercedes Dion to move to Clarence Creek and become a blacksmith. They moved into a small home that was eventually demolished to build a more spacious home around 1910.
built his workshop behind his home, at the bottom of the hill. He opened an assembly and sales shop for agricultural machinery across from his home at 1689 Landry Street.

Jules’ son, Ermile Bélisle, built this home in 1910, where he and his wife Clara Charlebois, raised their 9 children.

Ermile also learned how to become a blacksmith and how to operate his father’s agricultural machinery shop. He built a new workshop where the garage is currently located.

In 1926, Ermile became an authorized dealer for General Motors. In the early days, when cars arrived by train in Bourget, employees would make their way to the train station in one car to bring the new vehicles back to the dealership. Over the years, the dealership grew and relocated to Buckingham and on Montreal Road in Ottawa.

In 1957, Philippe and Rose-Aimé Lantaigne purchased the garage and home in Clarence Creek. In the Spring of 1958, a violent fire destroyed the garage. However, the fire did not spread to the residence. With the encouragement of citizens, Philippe began the construction of a new garage.