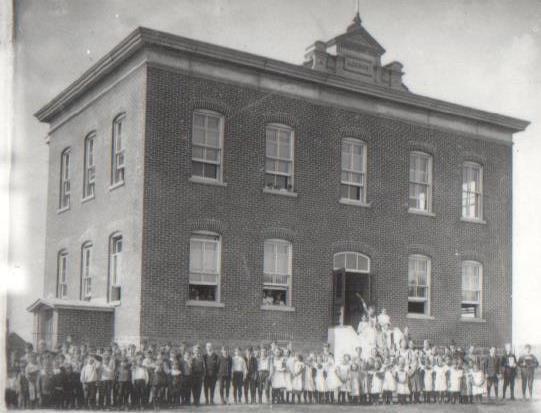 The construction of Sacré-Coeur School was completed by 1905.

The old chapel converted into the first school, became too small because of the population increase, and consequently the school trustees had to commission a new school, which was erected in 1905.

At the beginning, the school had 4 classrooms but due to the increasing number of students, two classrooms were added in 1915. The school had to be expanded many times over the years in order to accommodate the needs of the community.