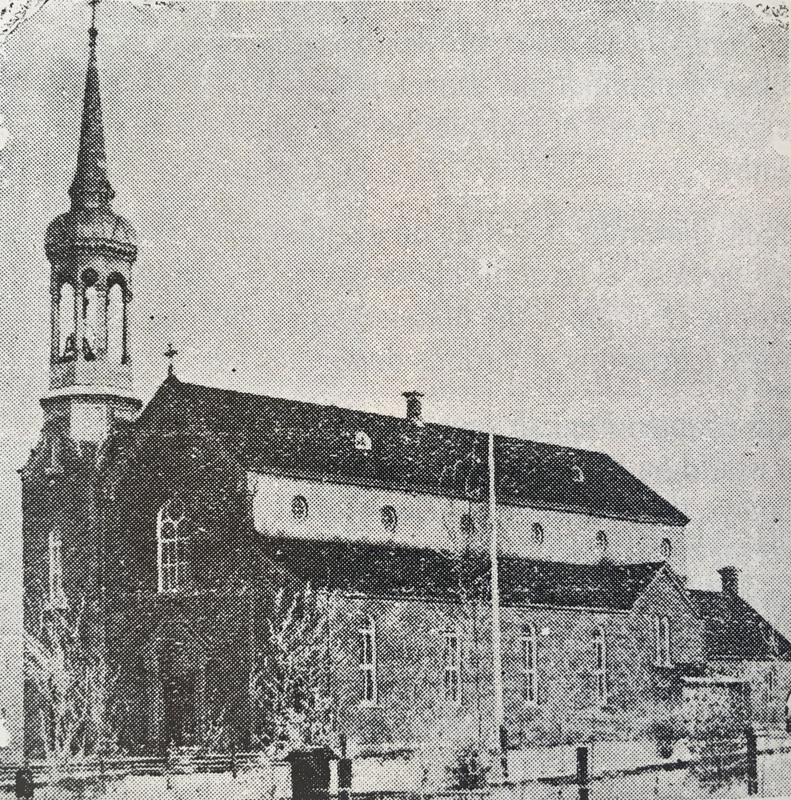 Construction of the Sacré-Coeur church began in 1888 with Reverend A. Constantineau and it was completed in 1889. 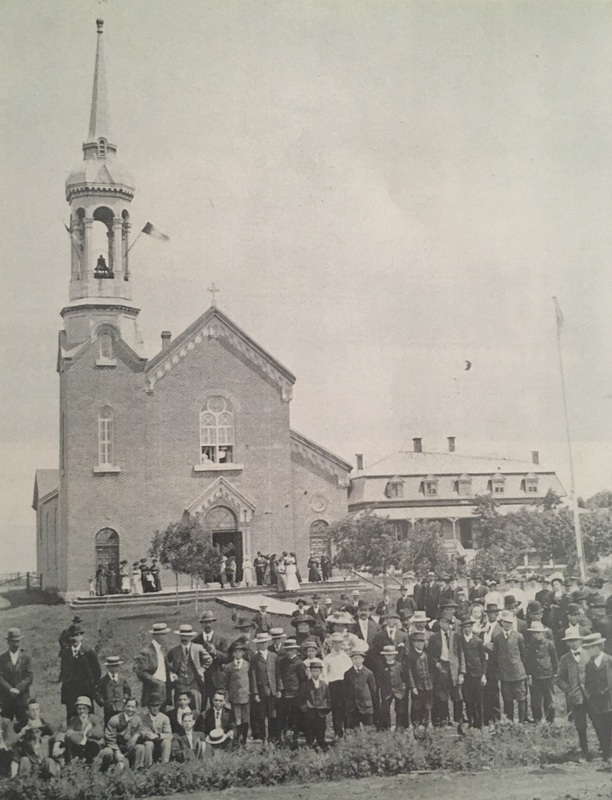 Sacré-Cœur church and presbytery in Bourget, around 1910. 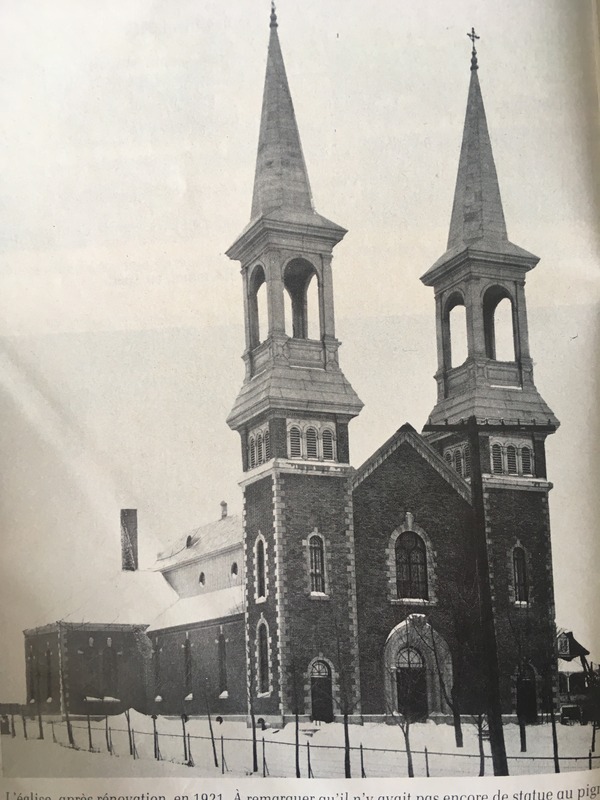 The second steeple was added after the renovations in 1921. 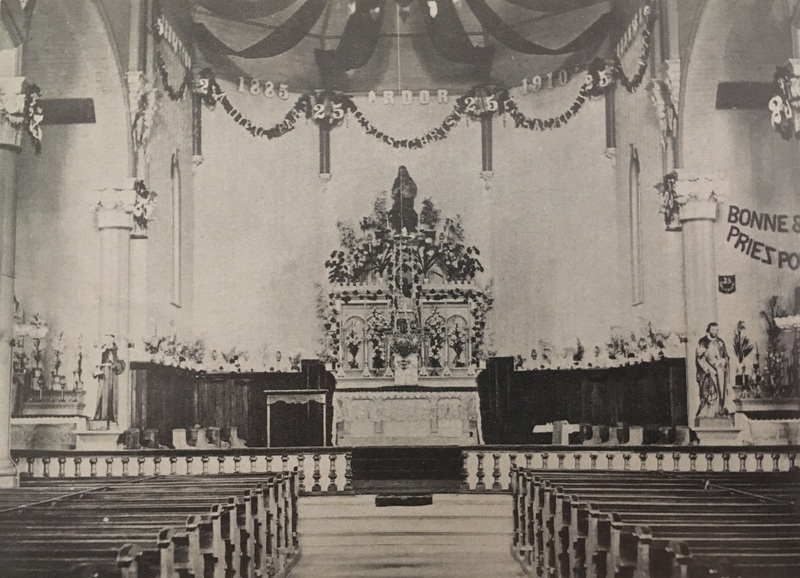 Church interior decorated for the 25th anniversary in 1910. 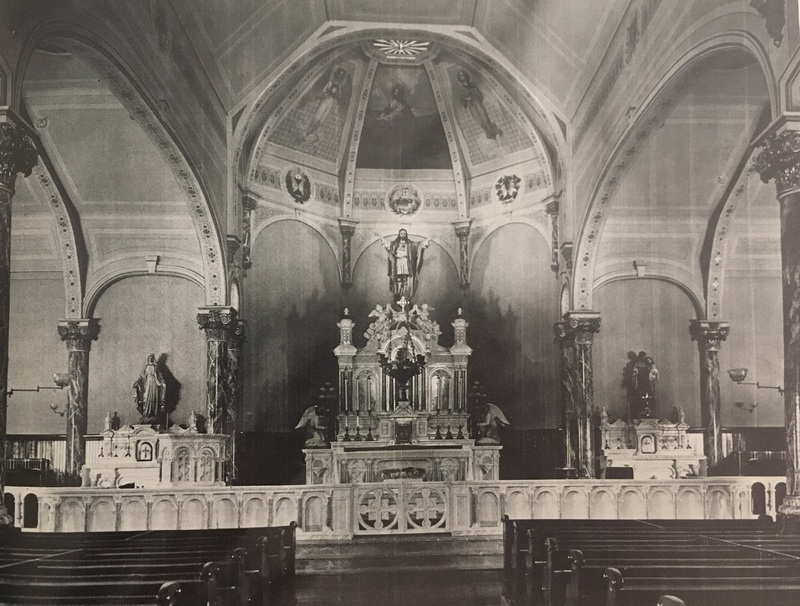 Considerable repairs and additions were made to it: the altar, railing, pulpit, organ and canopy that now adorn the church, were the result of Priest Raymond’s efforts. This picture shows th church interior after the major renovations in 1921. 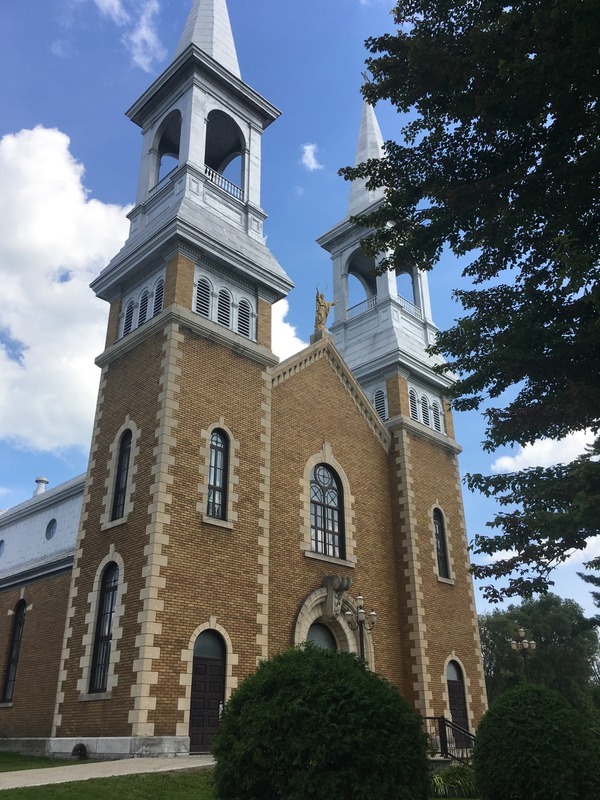 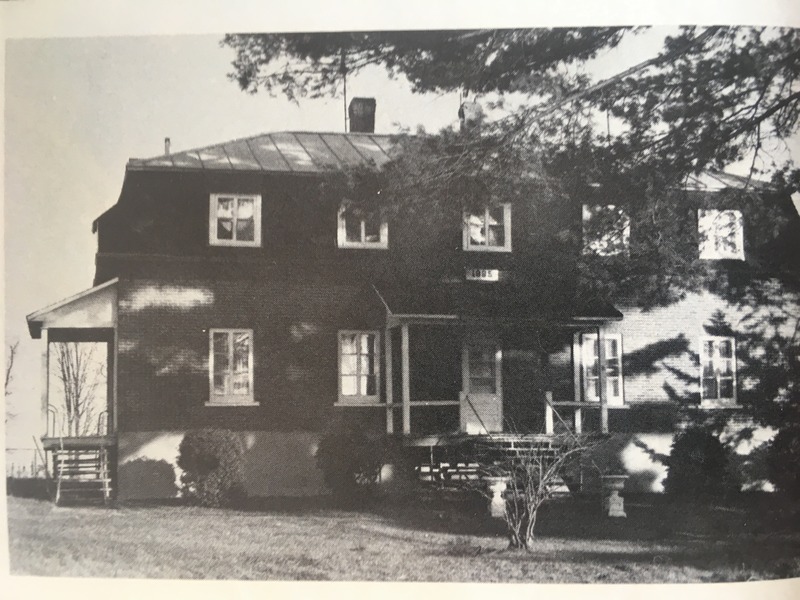 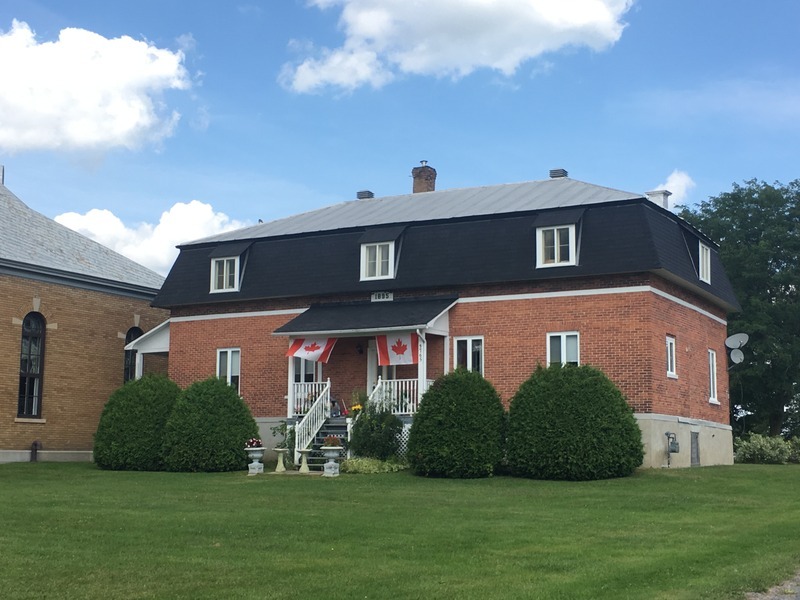 The Sacré-Coeur church is considered a local historic site given its architecture and its religious significance within the community.

In 1876, people in the southern part of the Township of Clarence asked officials to establish a new parish. Bishop Duhamel of Ottawa approved this in 1878. It was only in June 1885 that The Brook people began to build their chapel while waiting for their church to be built.

Construction of the Sacré-Coeur church began in 1888 with Father A. Constantineau and it was completed in October 1889. The church was built of wood, covered in red brick with a single steeple. Considerable repairs and additions were made to it: the altar, railing, pulpit, organ and canopy that now adorn the church, were the result of Father Raymond’s efforts, and it was completed in 1921.

Larose had the current presbytery built in 1895. Philias Labelle, one of the first parishioners did all the construction work. The exterior has changed since its construction. Following the renovations, the veranda was demolished.

Around 1885, François Dumas donated the land behind the Sacré-Coeur Church to establish the cemetery. He asked nothing in return except a burial plot for himself and his wife. The first adult parishioner to be buried there was Olivier Hurtubise, in 1886.
Get directions
QR code