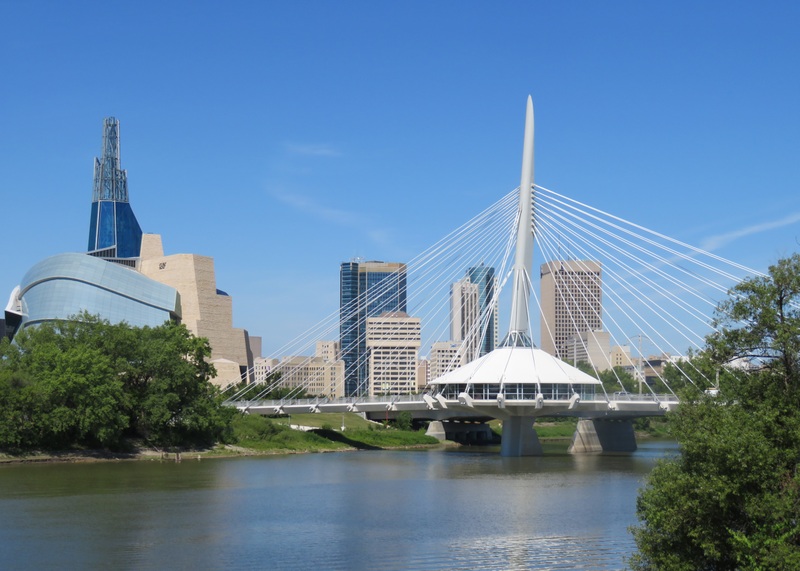 The construction of the new Provencher Bridge began in 2001. The bridge opened to circulation two years later. The construction of a second bridge was added to the project: a bridge for pedestrians designed by the Franco-Manitoban architect Étienne Gaboury. This bridge was also completed in 2003, and Esplanade Riel has become an iconic landmark of Winnipeg’s urban panorama.

Esplanade Riel was built following the same route as the old Broadway Bridge. Once a pedestrian crosses the river from the east to the west side, the path continues through The Forks and up to Union Station which faces Broadway.

A View of Saint-Boniface 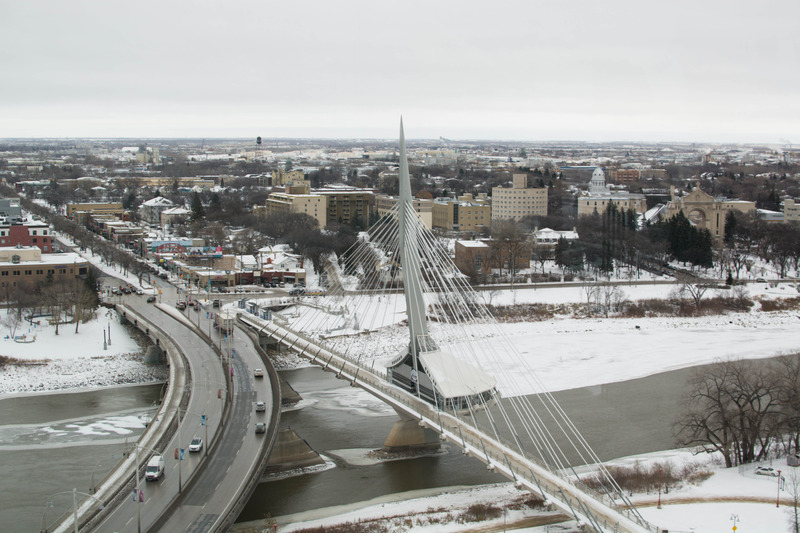 Photograph taken from the Canadian Human Rights Museum of the Provencher Bridge and Esplanade Riel that cross the Red River, linking the francophone quarters of St. Boniface with The Forks National Historic Site. 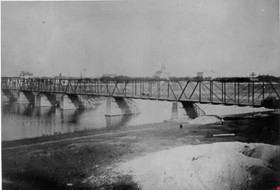 Before construction of the Provencher Bridge began in 1913, another bridge, opened to traffic on April 16, 1882, spanned the Red River, linking the cities of Winnipeg and St. Boniface. The Broadway Bridge, also known as the St. Boniface Bridge, got its name because it connected Provencher Boulevard with Broadway.

Three days after it opened, the bridge was damaged by river ice from the spring break-up and had to be closed. One year later, with repairs completed, the bridge was opened once again. In 1909, the City of St. Boniface bought the bridge, and in 1912, the city engineers recommended that a new bridge be built. Broadway Bridge remained in use until the completion of the construction of the Provencher Bridge in 1918. As is still the case today, this bridge linked Provencher Boulevard and Water Avenue. 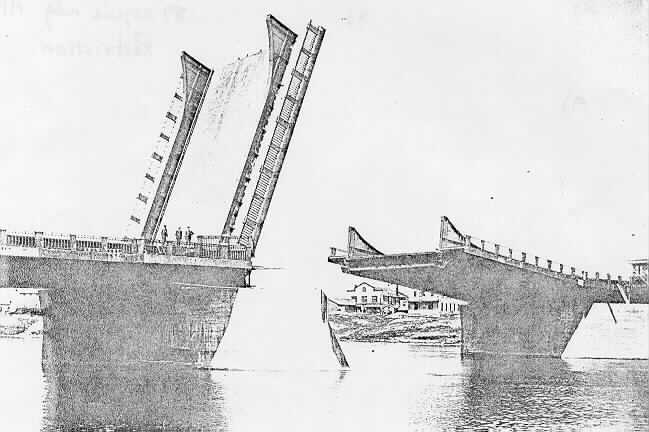 Photo of the Provencher Bridge in 1918.

Modern and with style 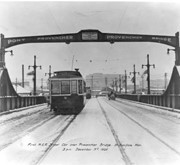 A team of six engineers was recruited to oversee the construction project. They were: M.P. Blair, H. N. Ruttan, J. B. Strauss, H. W. Meindl, J.G. Legrand and Shioler. The original design was prepared in 1913 by the Strauss Bascule Bridge Company of Chicago, specialists in the design of mobile bridges. In 1916, the project was modified, the arched Scherzer drawbridge design initially proposed was replaced with a Strauss double leaf drawbridge design.

Construction of the bridge was undertaken by MacDonald & McGoogan Company and the Dominion Bridge Co. The City of St. Boniface was responsible for two thirds of the costs and the City of Winnipeg the remaining third. The end result: a modern bridge with a refined aesthetic quality. 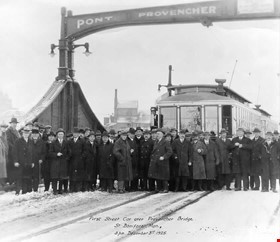