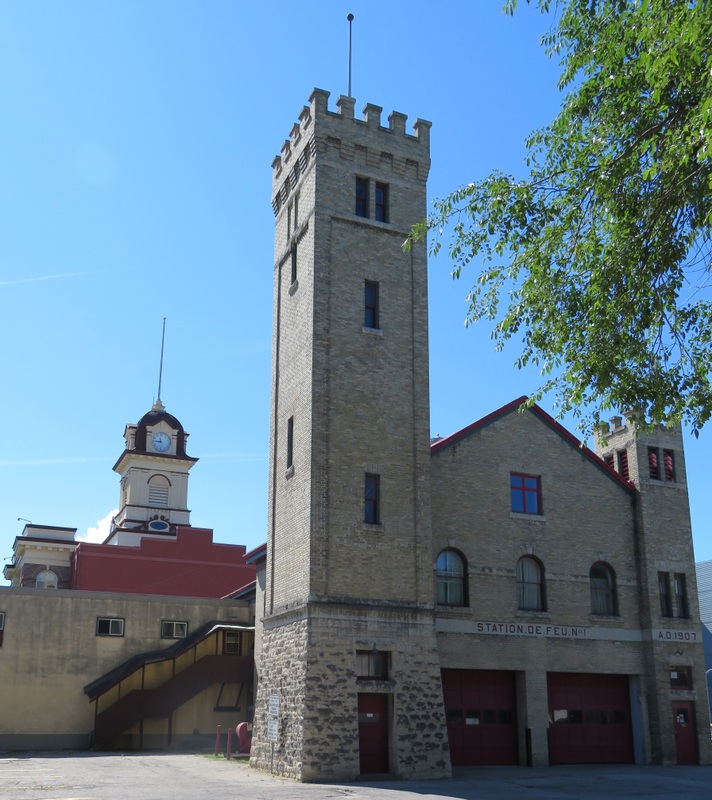 This building is no longer used today. In the past, Fire Station No. 1, built in 1907, served the City of St. Boniface. At the beginning of the 1900s, a well supplied the water used by the firemen. In those days, budgets were limited. The employees accomplished various tasks: the Fire Chief was also the Municipal Works Chief for the city. Thus, he was often far from the station with his horse, busy at repairing the wooden sidewalks, since none of the streets were paved. Often, a fire would start when the Fire Chief and the horses were far from the Fire Station. Since there were no telephones, when someone saw a fire, the person would run to the Station and ring the bells. Hearing the bells, people would run, some to watch and others to help, bringing with them their horses. The first person to arrive with his horses would receive a crisp new twenty-dollar bill. He would hitch his horses to the equipment and head off to the site of the fire.

A crew of firemen in front of Fire Station No. 1 located on Dumoulin Street, behind City Hall in 1914. Built in 1907, this building replaced the first fire station, located on the same site since the beginning of the 1880s. 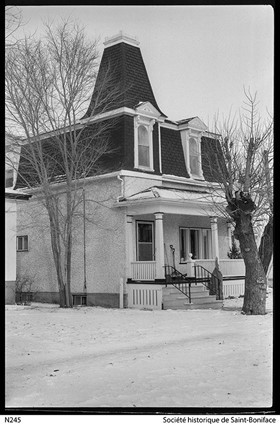 The Gingras House is located on the other side of the street from Fire Station No. 1. The house has been renovated since its construction in 1882, but its mansard roof, tower, the details of its dormer windows and the veranda were left untouched. This photograph, taken in winter, shows these architectural elements. François Gingras was able to build this house with the profits of his commercial enterprises and his land speculation west of the Red River.
Get directions
QR code