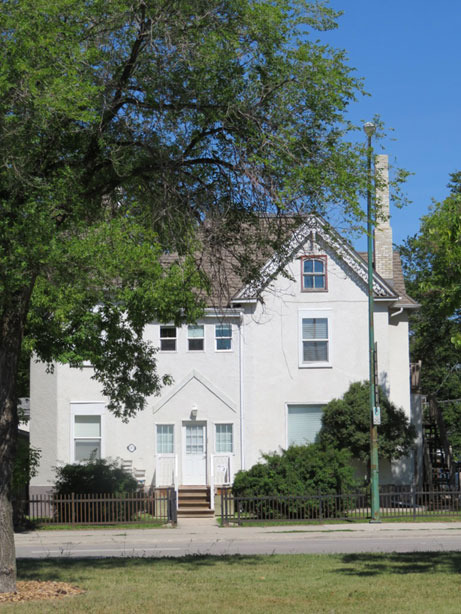 From 1881 to 1922, the luxurious houses of St. Boniface were located on Provencher Boulevard, primarily facing the area of the old Collège de Saint-Boniface (St. Boniface College). The tower, the dormers, and portal are some of the features of the Bernier House built in 1884. Thomas-Alfred Bernier (1844-1908) lived in this house. A lawyer, he came to St. Boniface in 1880. He was a municipal counsellor for St. Boniface in 1883, 1884, 1886, 1891 and 1897 and secretary of the University of Manitoba. His son, Justice Joseph Bernier (1874-1951), grew up in this house and he eventually inherited it from his father.

Joseph Bernier represented St. Boniface at the Manitoba Legislative Assembly for over 30 years and was publisher of the French-language weekly Le Manitoba for many years. He was quite active in the promotion of bilingual education in Manitoba. He was named a judge in 1922.