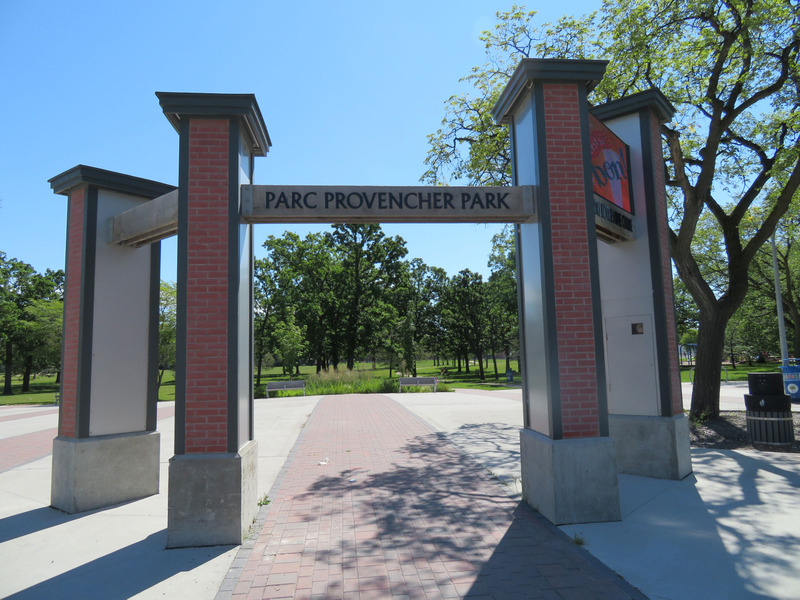 Provencher Park was not always the recreational area that it is today with its local merchants market during the summer. It used to be one of the sites of the Collège de Saint-Boniface (St. Boniface College). Founded by Bishop Provencher who arrived at Red River in 1818, the first building was used for many purposes, including a school. In 1855, the Collège had its own building located close to the Archbishop’s House, before the construction of a new building on Provencher Boulevard. 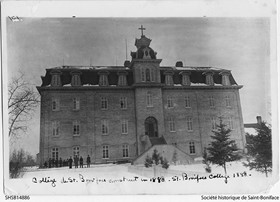 In 1880-1881, because of the increase in the number of boys enrolled at the college in St. Boniface, Archbishop Taché had a new building built on a wooded 22 acre (8.9 hectares) square lot bounded today by Aulneau Street, DesMeurons Street, de la Cathédrale Avenue and Provencher Boulevard (façade).

Expansion of the College and the Fire 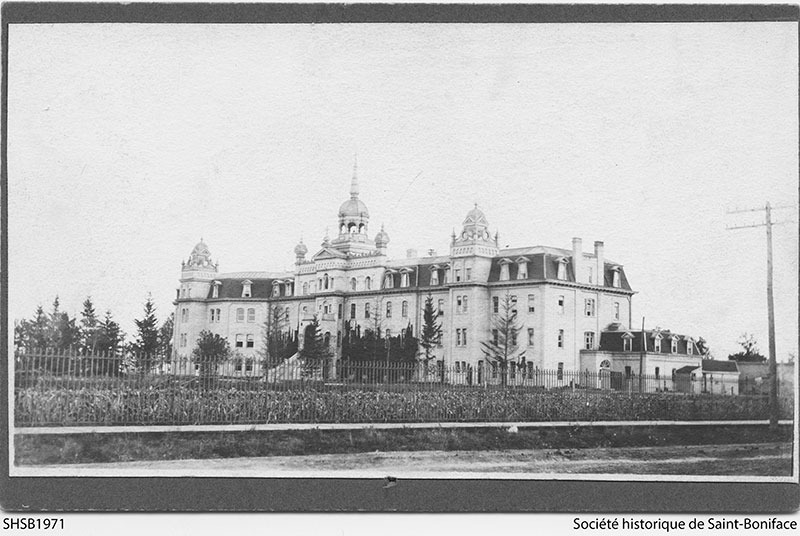 The Jesuits Fathers took over the administration of the Collège de Saint-Boniface in 1885. Two wings are added to the central part of the building, the west wing in 1902, and the east wing, called the “Octagone” in 1905.

With these additions, the impressive building measured 330 feet long and 62 feet high. The Collège de Saint-Boniface is destroyed by fire on November 25, 1922. Nine students and one Jesuit perished in the flames. 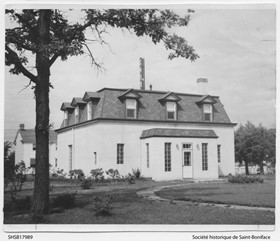 The two-storey section of this building is all that remains of the old Collège de Saint-Boniface (St. Boniface College) destroyed by fire in 1922. It is here that the radio station C.K.S.B. was born, the first radio station to broadcast entirely in French in Western Canada. C.K.S.B. Radio Saint-Boniface, started broadcasting on May 27 1946, and six years later, also started rebroadcasting programs from Radio-Canada, the French network of the CBC. Radio-Canada eventually bought the station in 1972. 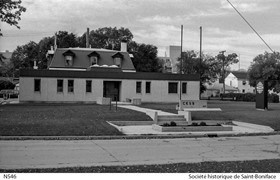 Several additions were built onto the building where the radio station is located on Langevin Street, giving it the look that it has today. It served as the French-language radio station until 2016 when Radio-Canada moved its operations to its building in downtown Winnipeg.