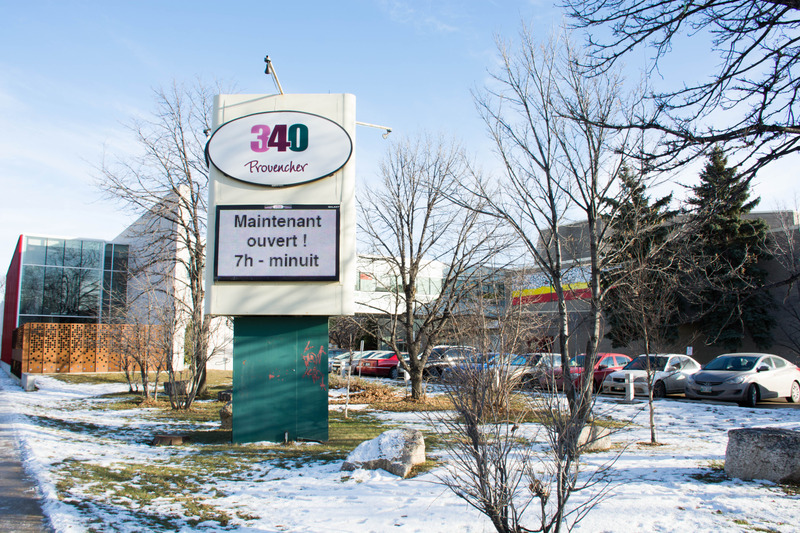 The 340 Provencher Pavilion is a meeting place, a cultural and artistic crossroads of Manitoba’s francophone community where music, visual arts, theatre and history meet. There are three building on this site: the Centre culturel franco-manitobain (CCFM – Franco-Manitoban Cultural Centre), the Théâtre Cercle Molière (TCM) and the Centre du patrimoine (Heritage Centre).

Before becoming a place of cultural exchange, an academy for girls was located on this site. In 1898, Archbishop Langevin of St. Boniface gave the Sisters of the Holy Names of Jesus and Mary the lot, where the Sisters had the Académie Saint-Joseph (St. Joseph Academy) built. Around 1912, the Sisters rebuilt the Académie Saint-Joseph on another site, located at 321 avenue de la Cathédrale, where the Manoir de la Cathédrale is located today.

A picture of the first Académie Saint-Joseph (St. Boniface Academy), Provencher Boulevard, circa 1910. 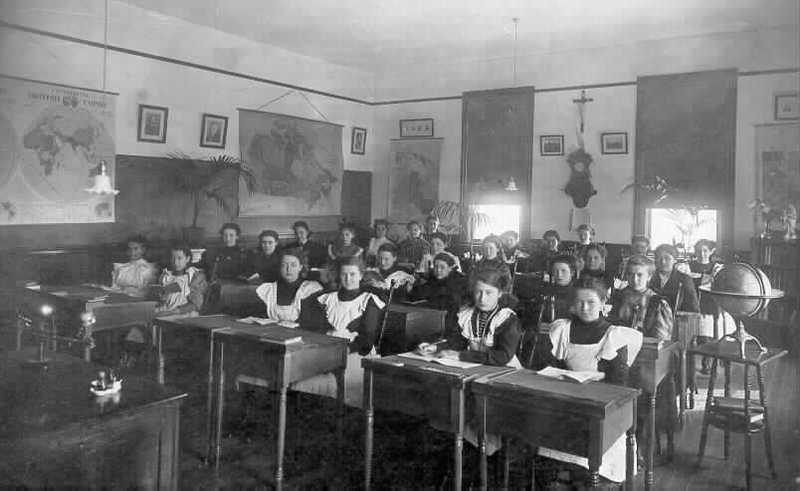 A photograph taken inside one of the Académie Saint-Joseph classrooms, circa 1905, showing students seated at their desk. 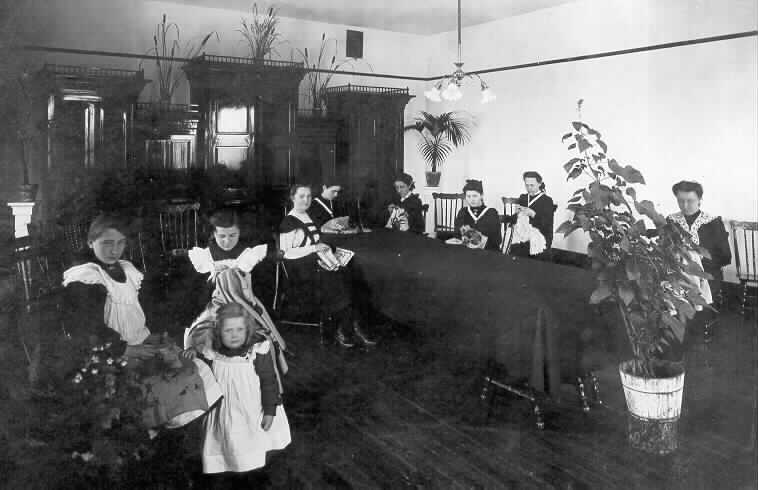 A photograph of a group of students doing embroidery work at the Académie Saint-Joseph, circa 1905. 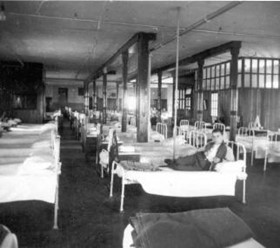 The Oblates of Mary Immaculate bought the building in 1913 which became the Juniorat de la Sainte-Famille, a Catholic boarding school for boys. The original building was demolished in 1971 for the construction of a new cultural centre, the Centre culturel franco-manitobain (CCFM – Franco-Manitoban Cultural Centre).

A photograph of the Juniorat dormitory, circa 1946. 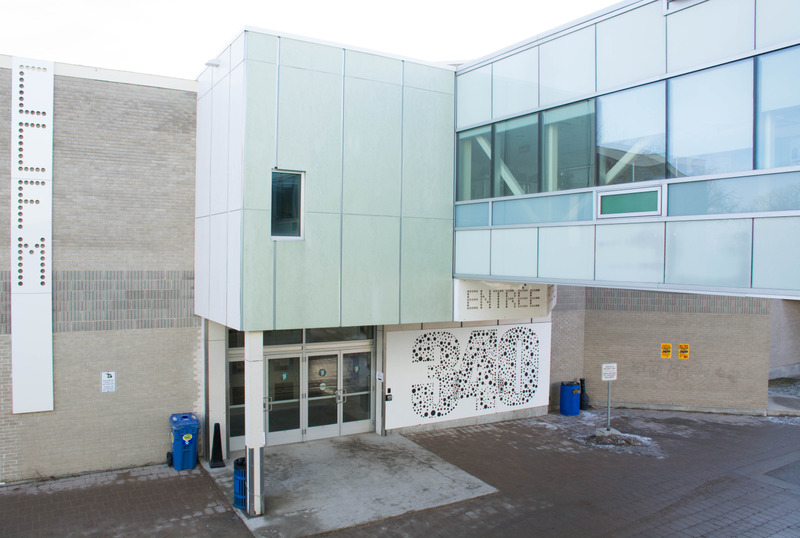 A Crown Corporation created in 1972 by the Province of Manitoba, the CCFM building was designed by the Franco-Manitoban architect Étienne Gaboury. It officially opened its doors on January 25, 1974. Two other buildings were added to the site: the Centre du patrimoine (Heritage Centre) in 1998 and the Théâtre Cercle Molière building in 2010. 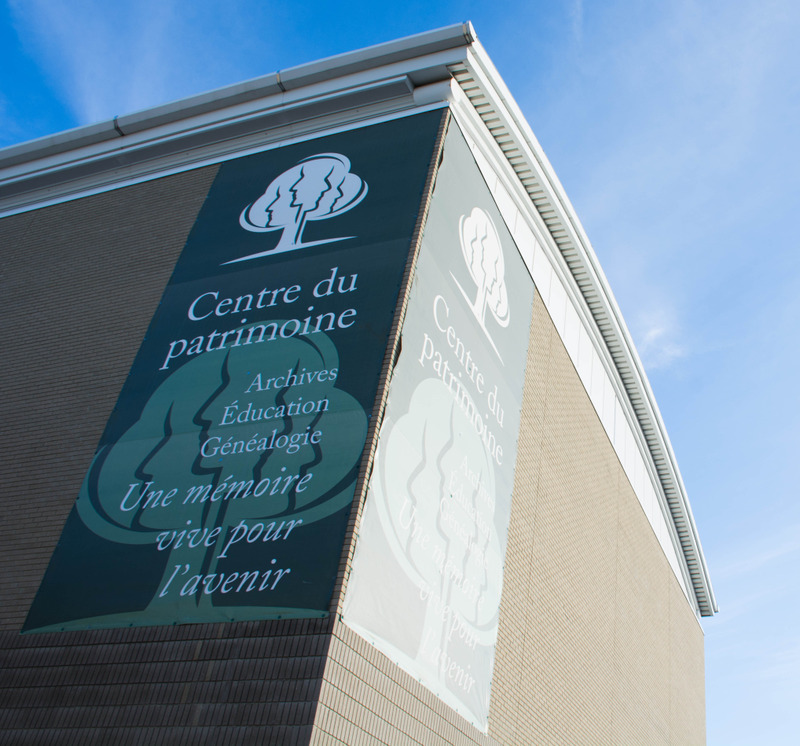 Administered by the Société historique de Saint-Boniface (St. Boniface Historical Society), the oldest francophone historical society in Western Canada (founded in 1902), the Centre du patrimoine is an archive and research centre with a mandate to preserve, study, communicate and promote Manitoba and Western Canadian francophone and Métis heritage and history. 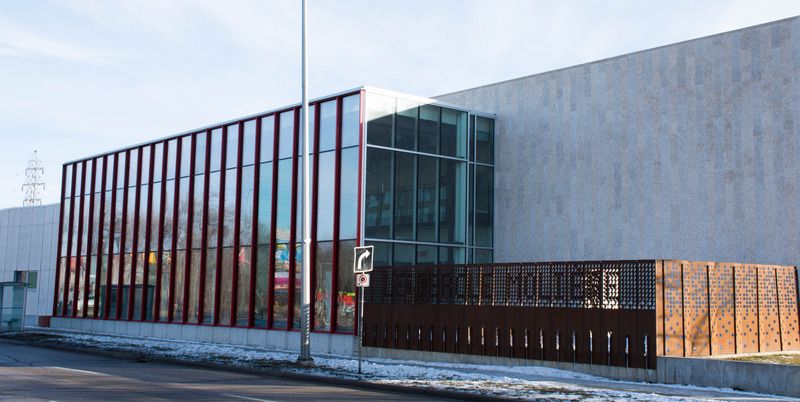 Founded in 1925, the Cercle Molière is one of Canada’s oldest theatre companies and has ensured the development of French-language dramatic arts in Manitoba. From hosting plays in private homes in the early years, the Cercle Molière often changed venues: the Sacré Cœur Parish Hall in Winnipeg, then in Télesphore Pelletier’s old grocery store, and the Bloc Provencher, later on Main Street and several other locations. The Cercle Molière found a home at the Académie Saint-Boniface building during the 1960s where the Centre culturel de Saint-Boniface (St. Boniface Cultural Centre) was located.