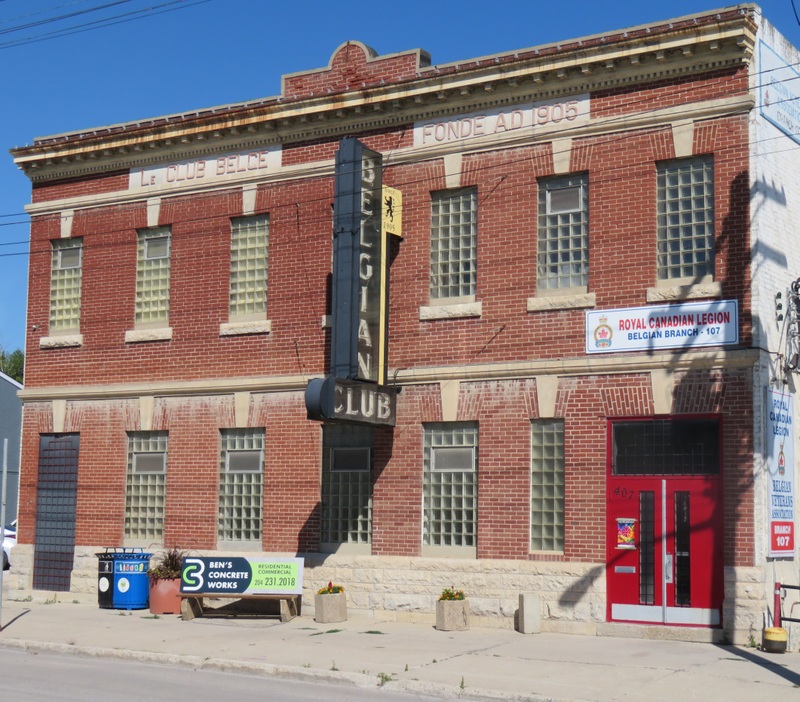 In St. Boniface at the beginning of the 20th century, Belgian immigrant families lived mostly in a neighbourhood along the Seine River. The neighbourhood was popularly called the “Belgian Colony” or Belgian Town. It is here that is located the Belgian Club, founded in 1905 as a meeting centre for the new arrivals, to share information and organise cultural, social and sports activities. 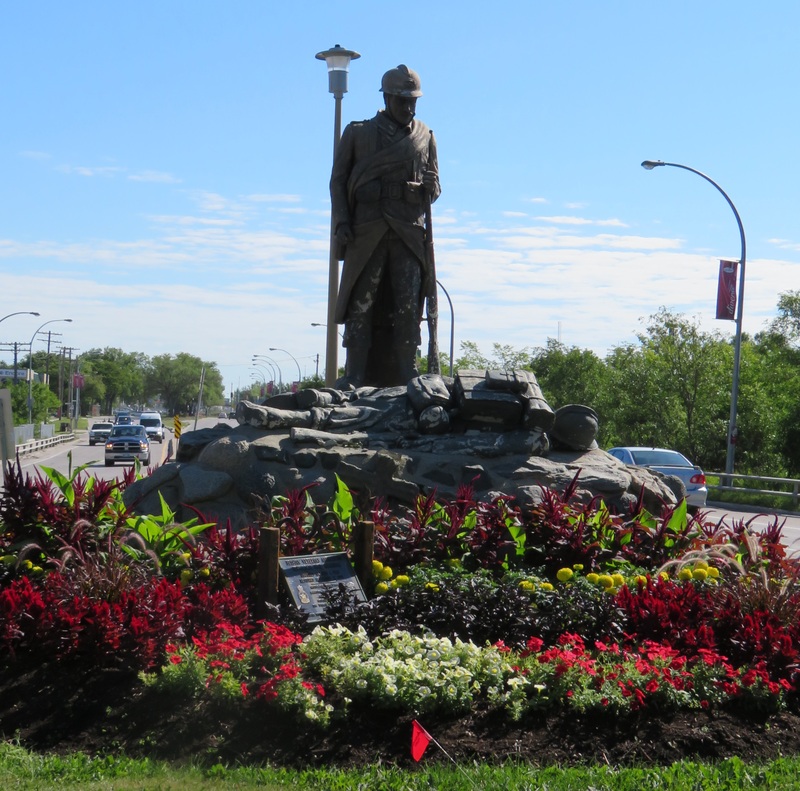 A monument to honour the Belgian soldiers who died during the First World War was erected in front of the Belgian Club building. The monument, unveiled in 1930, was created by the St. Boniface sculptor Hubert Garnier. It represents a soldier mourning the death of his comrade in arms.