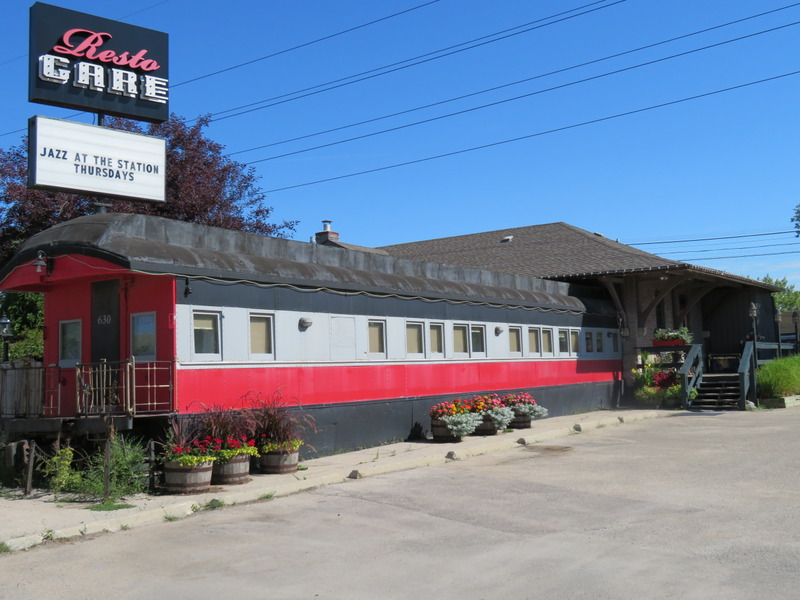 Built in 1913 with bricks transported from St. Louis (Missouri), this railway station served the people who travelled to, amongst other places, the francophone communities of Lorette, Ste. Anne and La Broquerie. With the arrival of the automobile, train travel lost its importance and the station was closed during the 1950s. The architect Étienne Gaboury was hired to design the renovation and subsequent transformation of the building into a restaurant, and the old train station was back in business in 1970 as the French restaurant “La Vieille Gare”.

A short time later, a passenger train wagon was added to the station to offer an authentic old-time experience. In 2008, the restaurant was redesigned and renewed as the French bistro “Resto Gare”.