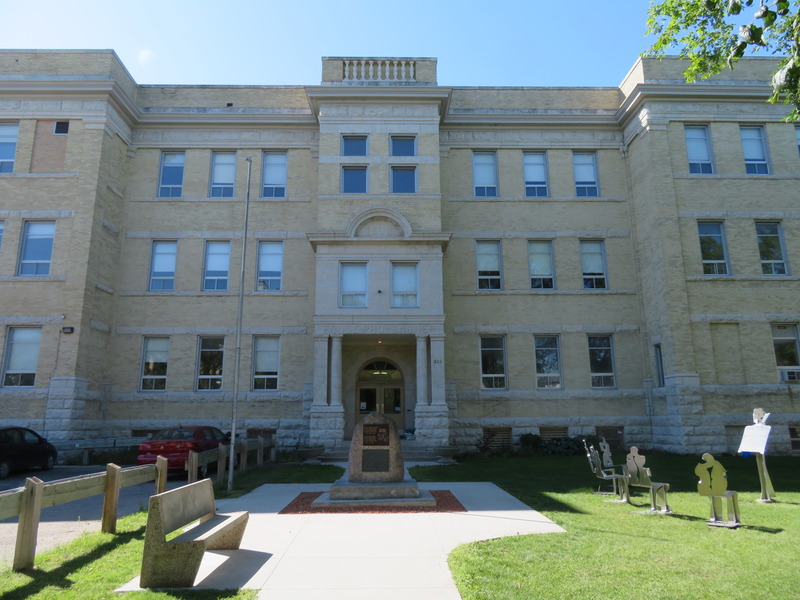 Provencher School was located on three previous sites before moving to this building in 1908. The origins of the institution and the Collège de Saint-Boniface (St. Boniface College) date back to 1818 when Father Provencher arrived at the Red River Colony.

Located in the presbytery, the school was moved to a small wooden structure that was later destroyed by fire. Because of this unforeseen loss, the new stone building that was to be the presbytery, became a school.

From 1883 to 1908, the school was housed in the old St. Boniface College building located north of the Archbishop’s Residence and south of Provencher Boulevard.

The school on de la Cathédrale Avenue was built in 1906 and was a boys’ school only. In 1912, the west wing was built to increase the number of classrooms, which totalled 36 in all. In 1968, girls were allowed to enrol at Provencher School.

A commemorative plaque for the 90th anniversary of the inauguration of Provencher School is located on the large boulder located in front of the main entrance doors of the building. Provencher School is now a public school of the Louis Riel School Division and offers the French Immersion program to girls and boys from kindergarten to Grade 3 inclusively. 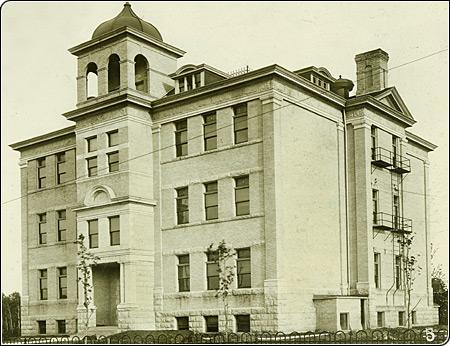 Provencher Academy in 1910. Built in 1906, this is the central section of today’s Provencher School. 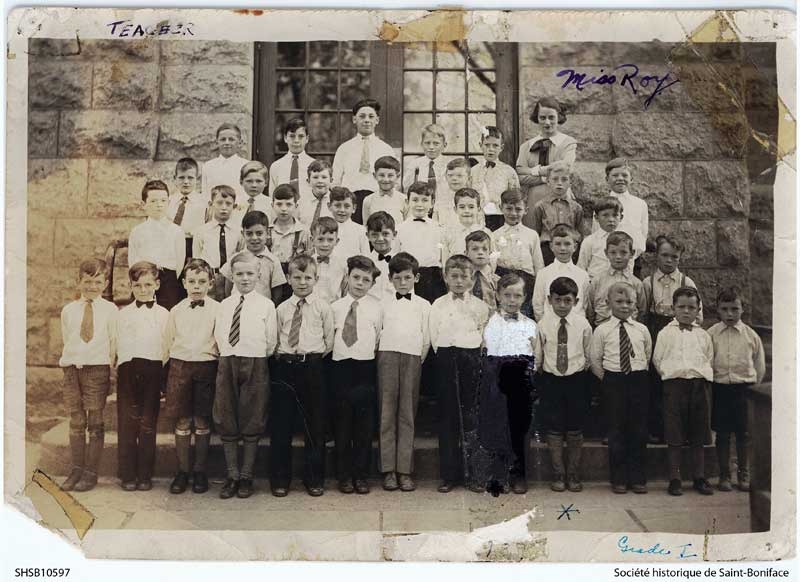 Photo of the Grade 1 English class at Provencher School in 1937. The teacher, Gabrielle Roy, can be seen standing in the back.