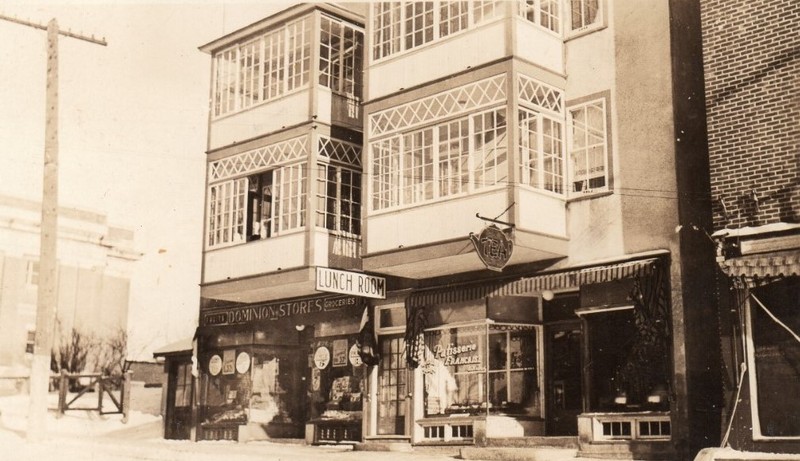 Along Saint-Vincent Street and in many other places in town, solariums are a frequent sight, often on the second floor. These rooms are a significant local architectural feature.

Patients convalescing at the sanatorium (see Point 11) would be welcomed in these private homes adorned with verandas and solariums, or “cure porches,” where they could enjoy the fresh air and sunshine believed to have healing benefits in the treatment of tuberculosis.

Many homeowners in Saint-Agathe rented rooms to recovering TB patients and their families as a secondary source of income. 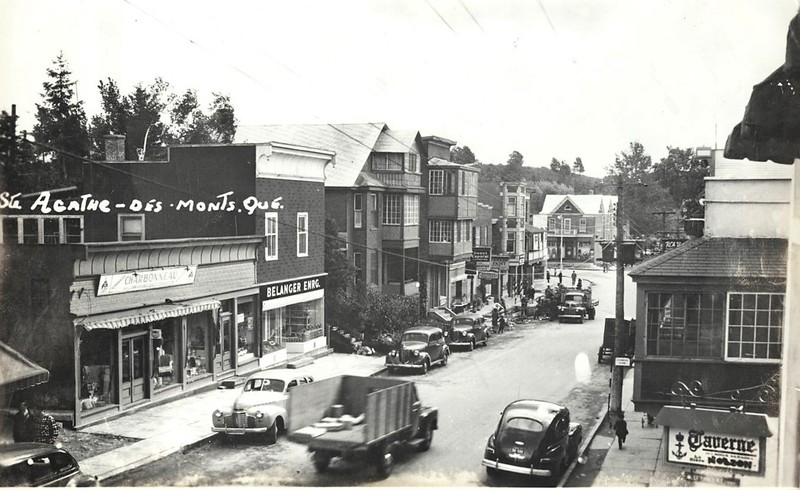 Saint-Vincent Street and Principale (Main) Street have always been the town’s main commercial arteries, where residents and tourists alike can find whatever they are looking for. Until 1955, provincial Route 11 (later Route 117) ran through the heart of town along these two streets.

The shifting of through traffic outside the town centre led to many changes, of course: various retailers moved out, and big-box stores were built on the outskirts. The shops and restaurants that remain in the historic centre of Sainte-Agathe, however, continue to offer a range of quality products as well as personalized service. 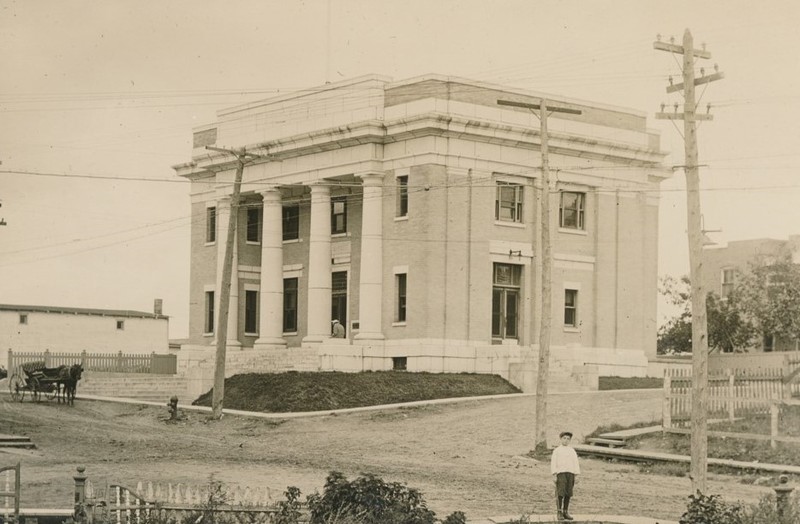 The decision to grace Sainte-Agathe-des-Monts with such an imposing post office in 1916 shows just how important a town it had become. By then, the local post office had been a major hub serving the towns of the North for 40 years. It had originally been housed in private homes and retail businesses, and a large-scale, purpose-built facility had become a must.

In recalling the Greco-Roman architecture of thousands of years before, the massive Beaux-Arts stone cornice, with its parapet supported by four columns, was meant to evoke solidity, power and stability. The trend was common in banks and public buildings of the same era. The building, which is listed as a heritage building in the Municipality's records, underwent major expansion and interior remodeling in 2018.

Since 1981, the former post office has been home to the Bibliothèque municipale Gaston-Miron (Municipal Library), named in honour of the celebrated poet, who was born in Sainte-Agathe*, lived here as a child, and is buried here. During library opening hours, one can see an exhibition dedicated to him.

PHOTO
The post office building at the beginning of the 20th century.

HISTORICAL PANELS NEARBY (in French)
(corner of Saint-Vincent/Saint-Donat/Tour-du-Lac)
“Miron le magnifique”
(upstairs, by the main door of the library)
“Un carrefour d’activités économiques”
(near the building, diagonally opposite corner of the library) 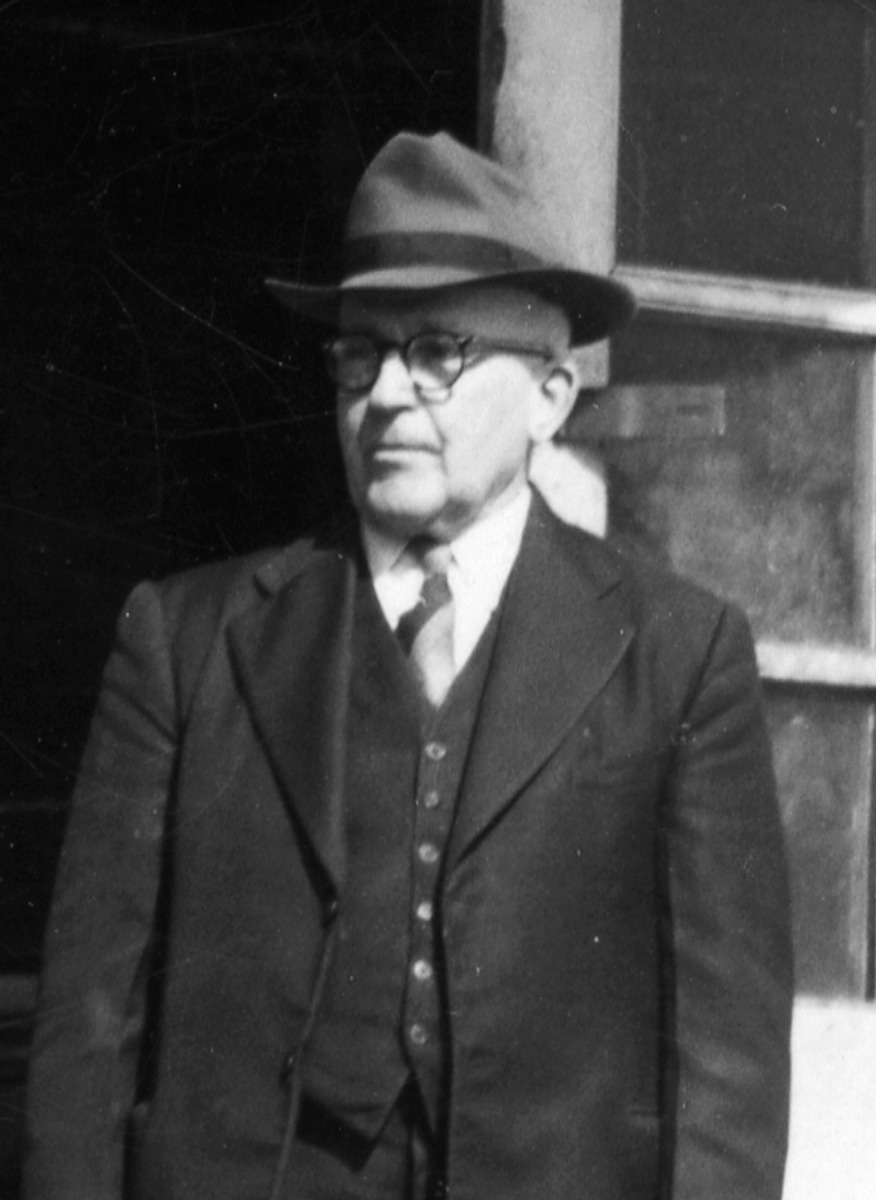 Two commemorative panels about the main inventions of Moïse Paquette (1884-1964) are worth the detour by the small leisure park behind the library.

Learn about the story and check out the plans and photos of his famous ski lift, which revolutionized skiing, and the aero-ski mentioned earlier in this podcast. 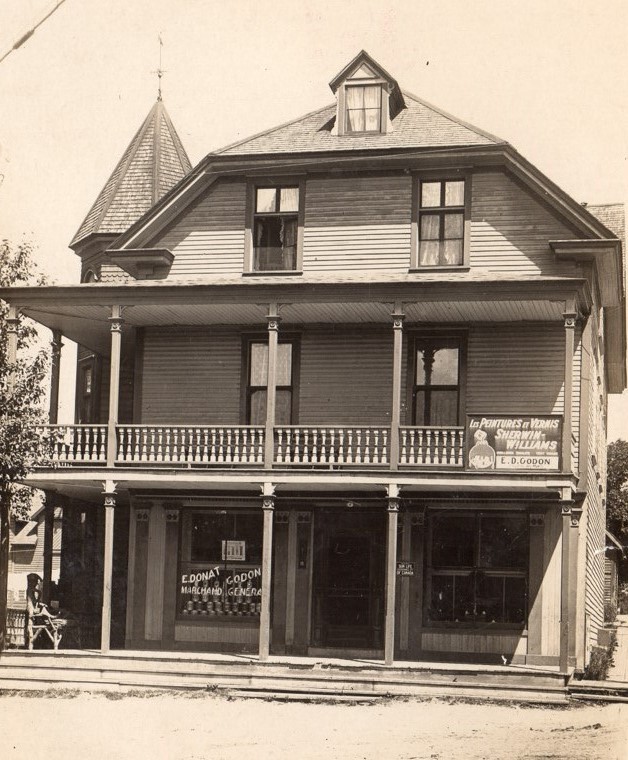 This two-storey emporium was built around 1890 for shoe and general merchant Donat Godon. Saint-Donat Street was named in his honour when his father, Amable Godon, subdivided his land in 1894 to allow the town to expand. Donat lived upstairs of the store.

Despite its commercial vocation, the building displays bourgeois Queen Anne influences with its galleries, roof with multiple slopes, and turret. René Daoust inherited it in 1938, and it remained in his family for many years. Thoughtful renovations over the years have highlighted its main architectural features.

PHOTO
The building as it looked before the main entrance on Saint-Donat Street was moved to the Saint-Vincent Street side. 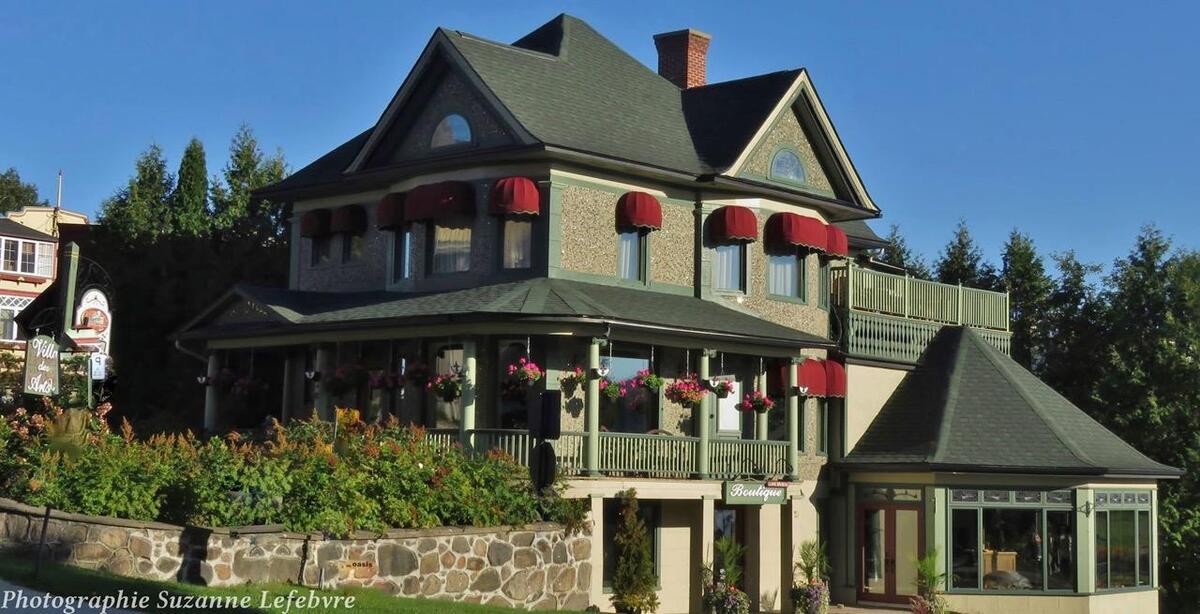 In 1899, H. Avila Belisle had this grand home built designed in the Queen Anne style, still impressive today. In 1901, it was left to the heirs of Wilfrid Prévost, a federal politician, but H. Avila Belisle continued to live there.

Jerome Hirschberg bought the property in 1916, and it was probably around this time that it was given the name Crystal Villa. The exterior finish shimmers like crystals, owing to the addition of fragments of glass and mirror to a concrete aggregate. The name “Crystal Villa” is spelled out in mirrors over the main door, a detail dating from the same period.

The building, which has had different commercial and cultural vocations over the years, was expanded to the rear in 2021 while respecting its original appearance.

PHOTO : The Crystal Villa as it appeared before its expansion. 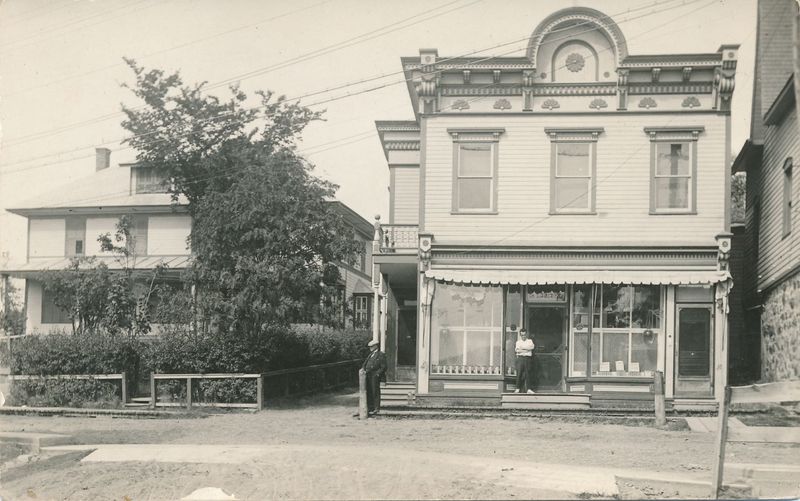 Although the building that housed Edmond Grignon’s drugstore was lost in a fire in 2017, the story of its original owner is worth telling.

At the request of Curé Antoine Labelle, Edmond Grignon (1861-1939) set up his doctor’s office and drugstore at 11 Chemin du Tour-du-Lac* in 1886. At the time, he also made frequent house calls to patients in the surrounding countryside.

Deeply dedicated to his community, Grignon founded the local farm circle and acted as its secretary and treasurer for 25 years. He was also involved for a time as a councillor and later secretary of the parish municipal council, and as a churchwarden, school board chairman, founder of the Terrebonne Country Medical Society, and justice of the peace. An occasional writer - like his brother Joseph-Jérôme Grignon, niece Germaine Guèvremont and nephew Claude-Henri Grignon - he was the author of “Album historique de la paroisse de Sainte-Agathe-des-Monts - 1849-1912”, “En guettant les ours”, and “Quarante ans sur le bout du banc”.

*The now-vacant lot next to the Pavillon Grignon. 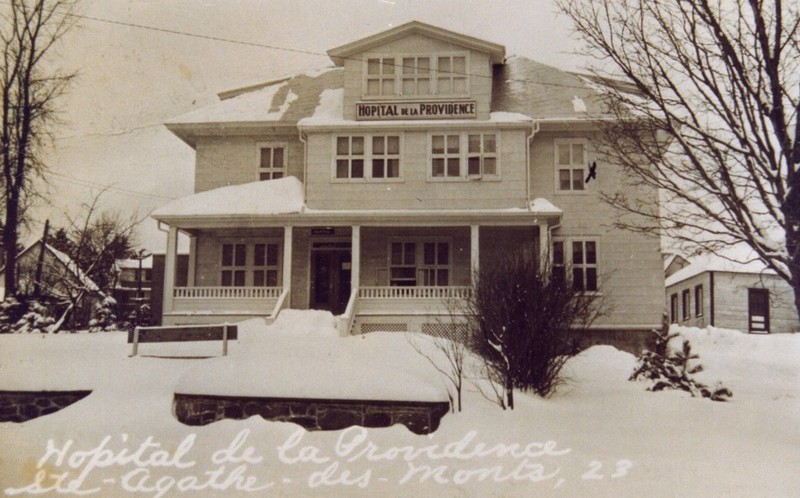 Today home to the Sainte-Agathe-des-Monts CLSC, this building was the home of Dr. Edmond Grignon until he died in 1939. For a few months in 1936, the town’s first hospital, the Hôpital Christ-Roi, operated here before being moved to another residence, but it closed soon afterward for a lack of funds.

In 1944, the “Old Doc’s” house was converted into the Hôpital de la Providence, and then became the Hôpital de Sainte-Agathe in 1954. It contained an anesthesia room, operating room and nursery. Before long, it was too small to meet the local population’s needs, and an expansion was duly planned. In 1958, the Préfontaine Street section was built at the rear, and since 1982, this eclectic complex of buildings, renamed the Pavillon Grignon, has been part of the CISSS des Laurentides.
Get directions
QR code