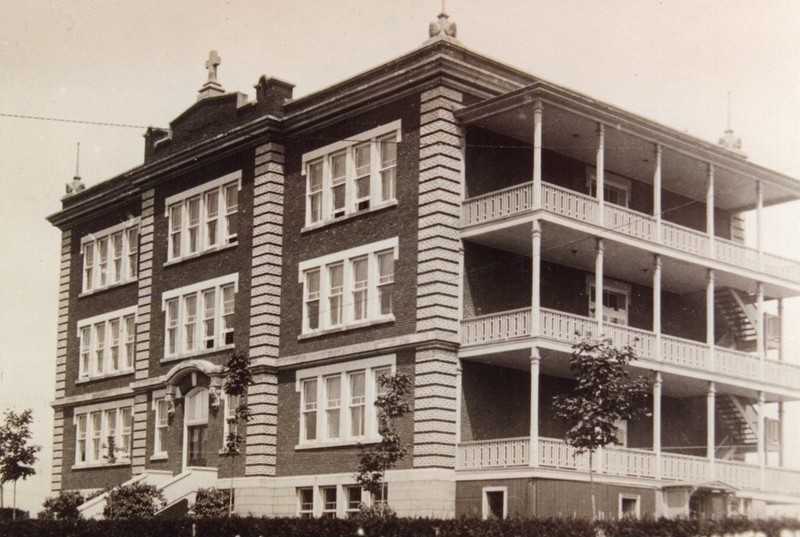 In 1903, at the request of the curé, or parish priest, the Frères du Sacré-Cœur (Brothers of the Sacred Heart) were entrusted with the village boys’ schooling. Until their arrival, primary school education had been provided by lay teachers. The wooden school built the year before soon proved too small, and in 1915 this building was built. It now houses the offices of the local school board.

General courses were taught here, up to Grade 12. Besides classrooms, the building included rooms for the Brothers as well as a few dozen boarding students. The land behind the school included a tennis court and skating rink. The Brothers were very involved in and appreciated by the community. It was atop this building that the Quebec flag was flown for the first time in Sainte-Agathe in 1948. It was also used in the evenings for arts and entertainment.

After 1970, when the government took over responsibility for the education system, the Brothers stayed on, providing pastoral care, aiding the sick, and running the “Amicale du collège”, the alumni association.

This century-old three-storey building has attractive features revealing the influence of the Beaux-Arts style, and is well preserved. Unfortunately, an expansion in 1947-48 resulted in the demolition of the covered porches. For many years, the Brothers used the flat roof as an observatory. 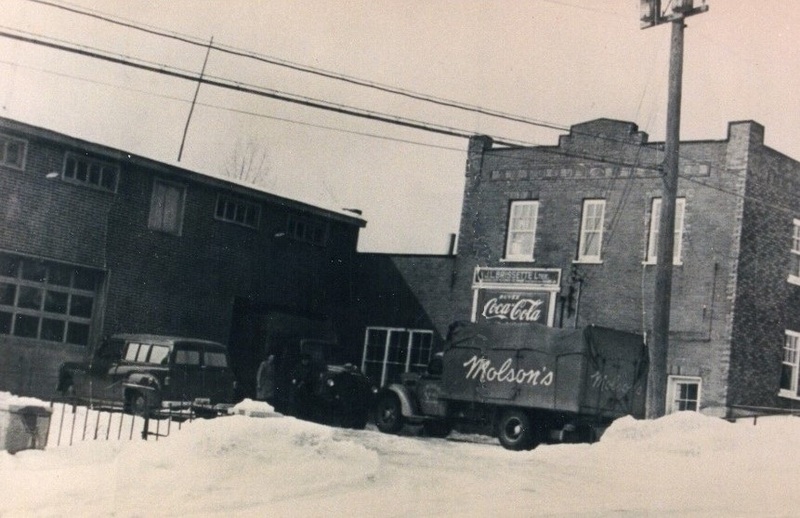 The son of Louis Wilbrod Brissette and Elphire Gauthier, Jean-Louis Brissette was born in Saint-Eustache in 1888. The family settled in Sainte-Agathe in 1901. With $129 in his pockets, Jean-Louis started his own soft-drink business in the small shed behind the family home in 1911. The company expanded quickly; in 1916, J.L. Brissette became the first Coca-Cola agent in Canada, while continuing to sell its own in-house flavours.

Brissette had this building built in 1921, and it was enlarged twice. In 1927, he added products from Molson’s Brewery to his distribution operations. Over time, further buildings were added, consolidating sales, administration and warehousing outside the downtown area. In 1966 the head office and warehouse were moved near the train station, on Brissette Street, and in 2017 they relocated once again, to the brand-new business park that also bears the Brissette name.

After Jean-Louis’ death in 1954, other family members continued the work of this great builder. A fourth generation of Brissettes is now involved in the family business, a jewel in Sainte-Agathe’s economic crown.

In 1988, with the plant unable to modernize all of its equipment, J.L. Brissette stopped bottling Coca-Cola products after more than 70 years. The company moved out of the warehouse on Saint-Antoine Street soon afterward, and decided to focus exclusively on product distribution across an extensive territory, which has never stopped growing. The company has been dedicated to the community since its earliest days, with a particular focus on sports, cultural and social events.

Over the years, the building has been occupied by various commercial enterprises and service providers, including the municipal library, during the work in 2017-18 to enlarge its premises in the former post office. 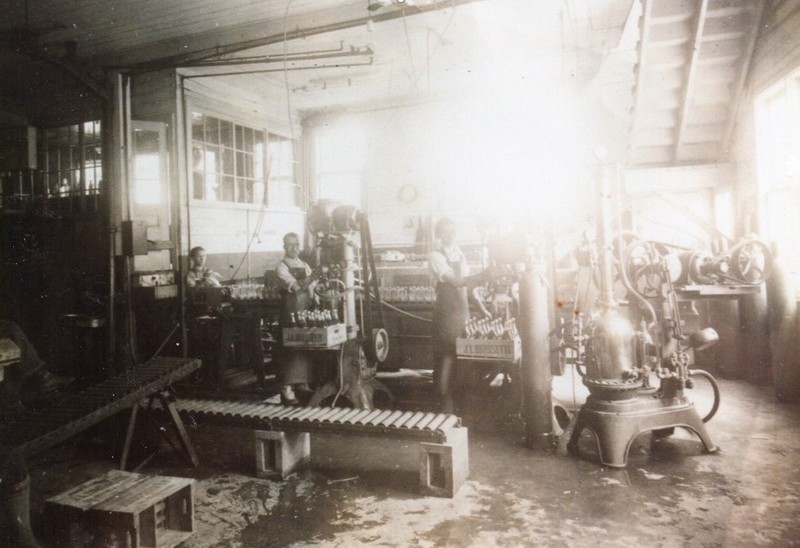 Possibly built in the late 19th century, this house was first occupied by the Charbonneau family, and then by the Allans, who moved in around 1910 while recovering from lung disorders. Records suggest that the Grey Nuns as well as the Knights of Columbus used the building before the mid-1930s. It seems patients recovering from tuberculosis also stayed here.

Many changes have been made to the building over the years: the solarium and other porches, which previously wrapped around three sides of the house on two floors, were removed, and the exterior cladding as well as door and window openings have been modified. As a result, it is hard to recognize the house today in comparison with the vintage photo, espcially with the tall fir trees that surround it.

* In recognition of his dedication to the Laurentian Sanatorium and, later, the Sainte-Agathe Hospital, the main wing of the current hospital is named after Dr. Joannette.

The Chinese Laundry and Shanghai Café 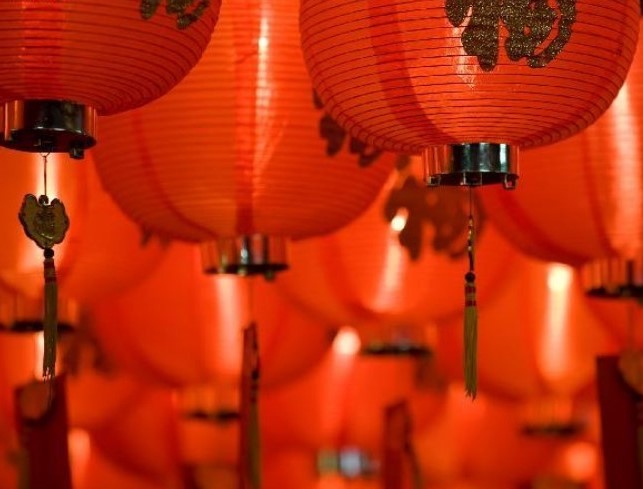 Sainte-Agathe has been a cosmopolitan town since the late 19th century. Its Francophone, Anglophone and Jewish communities are still neighbours.

It is also interesting to recall the relatively short-lived presence here of a small Chinese community, members of which ran the Shanghai Café. In the 1950s and ‘60s, it was beloved as one the finest Chinese restaurants in Quebec. The stables behind the building at the corner of Saint-Antoine and Principale streets, meanwhile, had been converted into housing for three or four families. This was Saint-Agathe’s modest “Chinatown”.

Twenty years earlier, there had been a Chinese laundry on Saint-Donat Street. When its owner left Sainte-Agathe, another member of the community took it over. The laundry closed some years later.

When Electricity and the Telephone Came to Sainte- 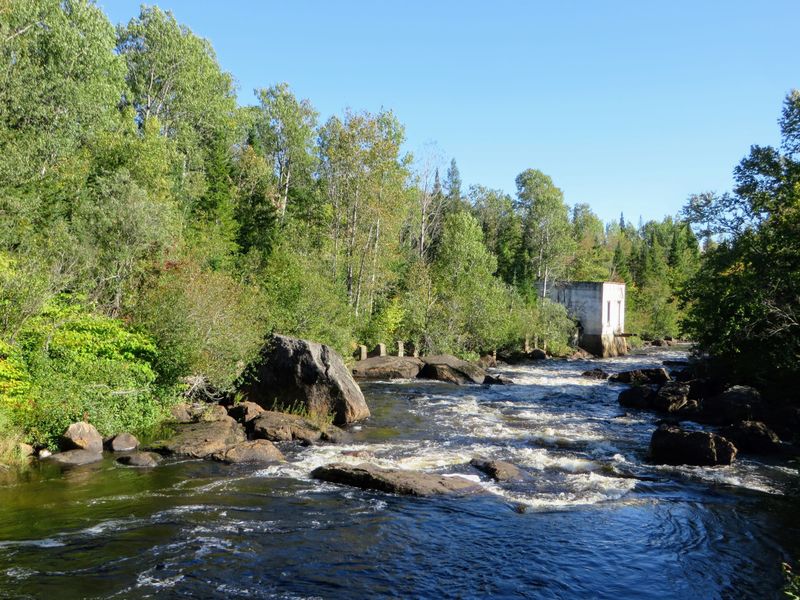 At the turn of the 20th century, after electric power was introduced in the town, the telephone revolutionized life in Sainte-Agathe. On your way to the next point of interest, you can still see the imposing Bell Canada building, dating back to 1937, across from the current post office at 36 Principale Street East. The company made Sainte-Agathe the hub for phone service in the region, and all communications in northwestern Quebec were routed through here.