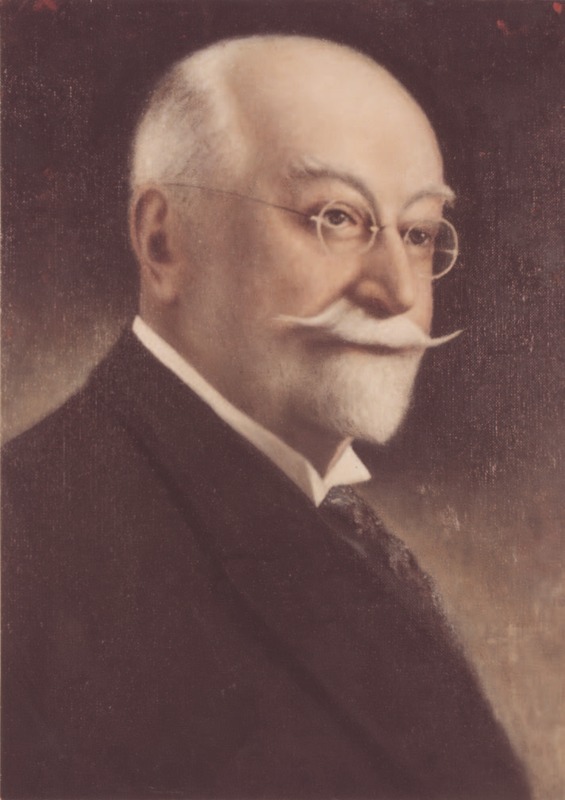 For most of his life, Jean-Baptiste Rolland worked as a printer, publisher and editor on Saint-Vincent Street in Montreal. He was a prosperous and influential entrepreneur, as was underlined by his contribution as a founding member of the Hochelaga Bank (now the National Bank) in 1874, as President of the Saint-Jean Baptiste Society (1879) and, towards the end of his life, as a Senator for the district of Mille-Îles. 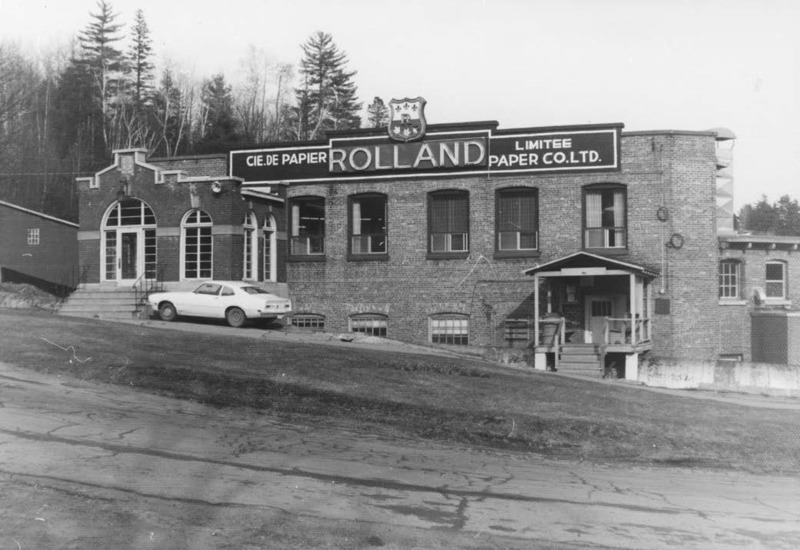 At the time, fine paper was imported either from England or the United States. J.-B. Rolland, looking to manufacture his own paper, dreamt of founding a paper mill with his son. It was Curé Antoine Labelle who first drew his attention to the industrial potential of the Laurentians: the hydroelectric power generated by the Rivière du Nord would fulfill his manufacturing energy needs, and the new rail line between Montreal and Saint-Jérôme (1876) would provide direct access to the city market.

The municipality of Saint-Jérôme successfully convinced the entrepreneur to establish his business in the area with the promise of a $10 000 bonus and a 25-year tax exemption. The first factory was set up in Saint-Jérôme in 1882, with fine paper production beginning the following year.

The company expanded rapidly once Jean-Baptiste Rolland handed over the reins of the company to his son, Stanislas. Lacking the funds to hire a full staff, Stanislas-J.-B. acted as managing director, production chief, maintenance and repair engineer, chemist and accountant all at the same time. It didn’t take long, however, for his hard work to pay off: in 1885, the superior quality paper produced by Rolland was first awarded a gold medal at the World’s Fair in Antwerp, Belgium, then another in Chicago (1893) and yet another in Paris (1900). The company was thus regarded as one of the world’s leading fine paper manufacturers.

Inauguration of the machine #3 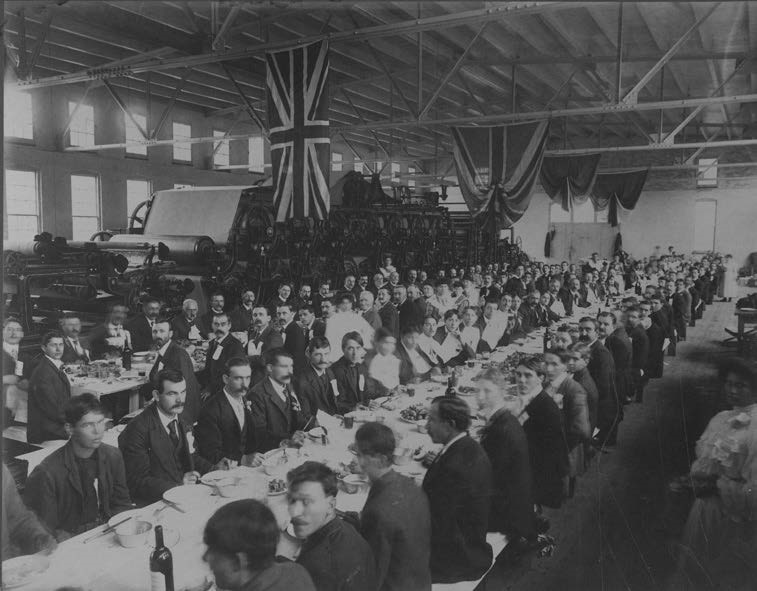 In the Upper Laurentians, the industrial sector was comprised predominantly of sawmills, cheese dairies and creameries. Despite significant timber resources and activity in the area, there was no pulp and paper mill. The mayor of Sainte-Adèle, Wilfrid Grignon, tried to attract this type of industry to his municipality. His efforts were rewarded in 1902 when Stanislas Rolland created Les Moulins du Nord – the future Mont-Rolland – in the exact same location where, over 50 years before, Sainte-Adèle founder Augustin-Norbert Morin had set up his mills. Just like at the Saint-Jérôme location, the force of the current turned the water-wheel, which powered the paper machines with leather belts. Stanislas put his son, Jean, in charge of the Sainte-Adèle mill.

In 1906, a deal was reached with Canadian Pacific to open a section of railroad track leading directly to the mill. 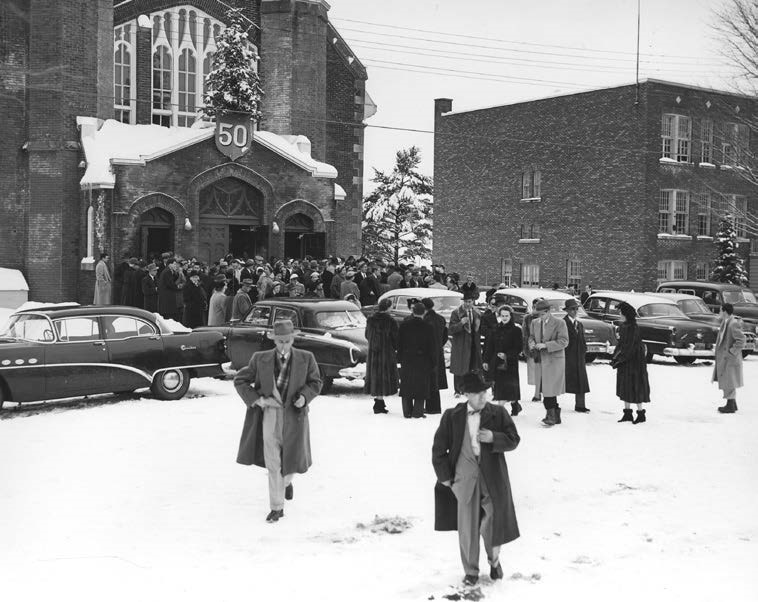 The Rolland family preferred their employees live near the mill. As a result, they built and rented duplex housing units: after 15 years of renting, the employee owned it. The Rolland family donated land to the community to build a church in addition to providing lumber, a painting of the Sainte-Famille, an organ and stained-glass windows.  They loaned a house to serve as a nursery school and built a recreation centre with bowling alleys and tennis courts. The centre also served as a cinema and as a practice hall for the local village band. It was only natural that the parish became a municipality in 1918. 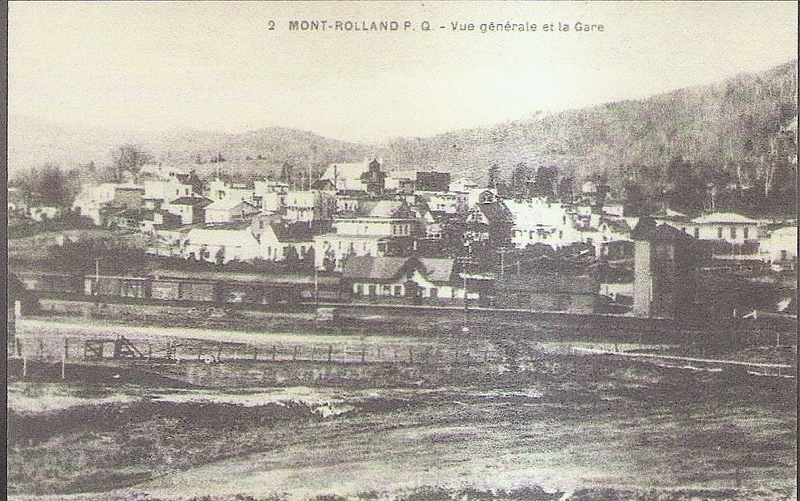 The economic recession at the end of the 1980s was hard on the company. In 1990, the family first closed the Mont-Rolland plant, then sold the company to Cascades in 1992. Led by the Lemaire family, the company turned Rolland into a recycled paper brand in the early 2000s. In 1997, the village of Mont-Rolland was reintegrated into Saint-Adèle following municipal amalgamations. Then, in 1999, Cascades moved out of the old factory, which subsequently became the Rolland industrial park.