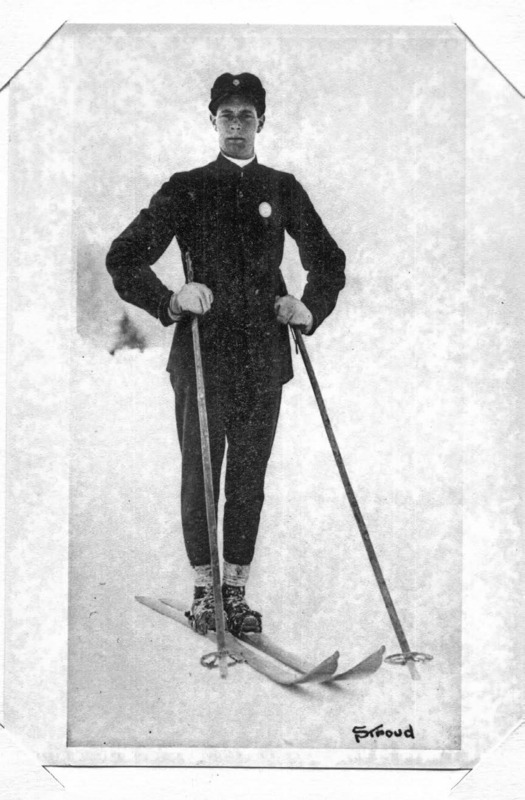 Hailing from the Swiss town of Sainte-Croix in the canton of Vaud, Émile Cochand is considered to be Canada’s first professional ski instructor, all disciplines combined. He also founded the country’s first ski resort: The Chalet Cochand. 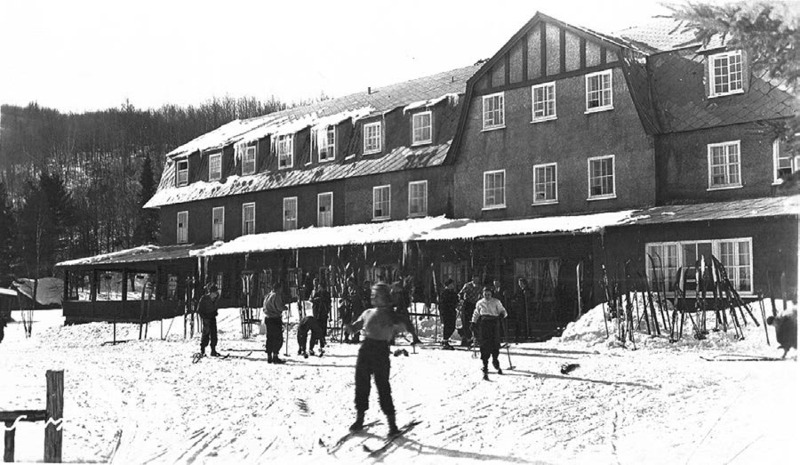 Nordic skiing made its début in North America at the turn of the 20th century. Used as a mode of transport by Norwegians to cover great distances, the activity piqued the interest of Quebec snowshoeing clubs. In 1904, the very first Nordic ski organization was founded: the Montreal Ski Club. With the train bringing avid skiers from Montreal and surrounding area, excursions throughout the Laurentians were led by Nordic ski pioneers Percy Douglas (from 1905) and Hermann “Jack Rabbit” Johannsen (from 1925). 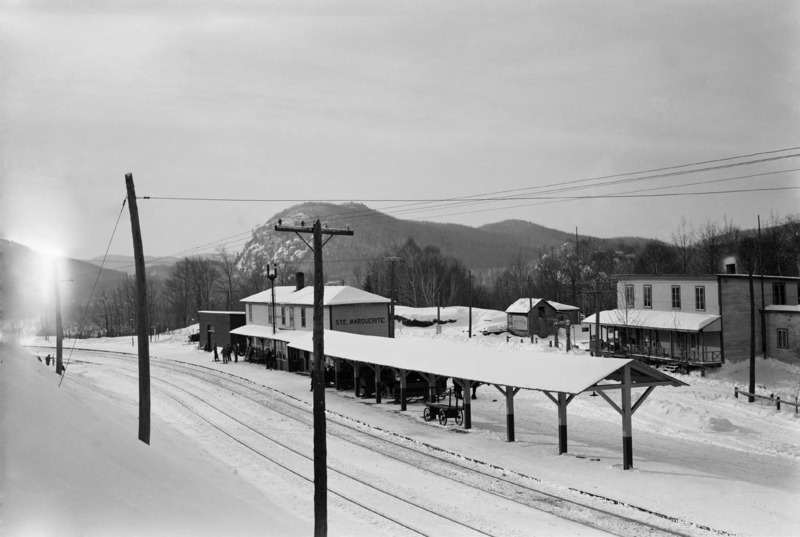 Thanks to Émile Cochand, we now distinguish between downhill skiing and cross-country skiing. Coming from Switzerland where he was a champion ski jumper, Cochand, having brought with him some hundred pairs of skis and poles, began to teach skiing at the Laurentide Inn in Sainte-Agathe in 1911. During the First World War, the hotel was used as a convalescent hospital, at which time Cochand left to look for work in Montreal.  It wasn’t long before he returned to the Laurentians, however, this time to Sainte-Marguerite-Station with his new bride, Léa, also Swiss. For $500, he purchased 500 acres, including a chalet and farmhouse, with the intention of welcoming tourists to the area. 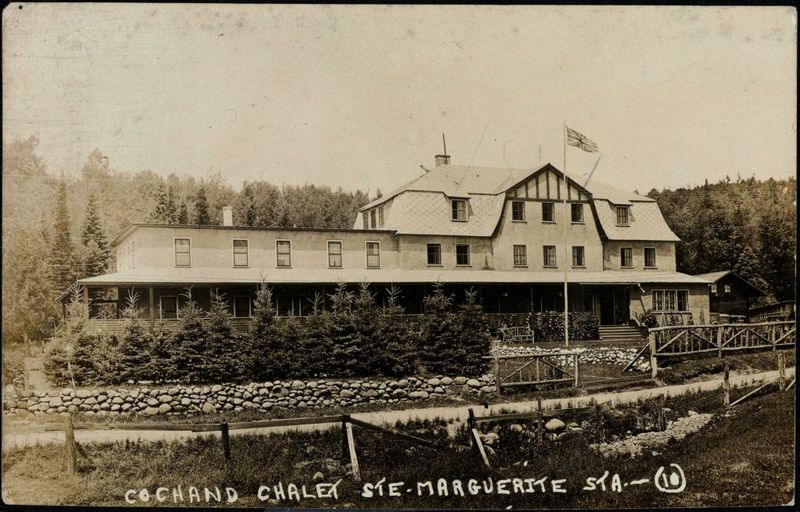 Émile Cochand cleared the land to open up ski runs and slopes in addition to giving lessons. His children began skiing on barrel staves at only three years of age. Léa prepared Swiss cuisine for their guests. Business grew, and the Chalet Cochand, already a favourite among outdoor enthusiasts, earned a reputation for its fine food as well.

The station is expanding 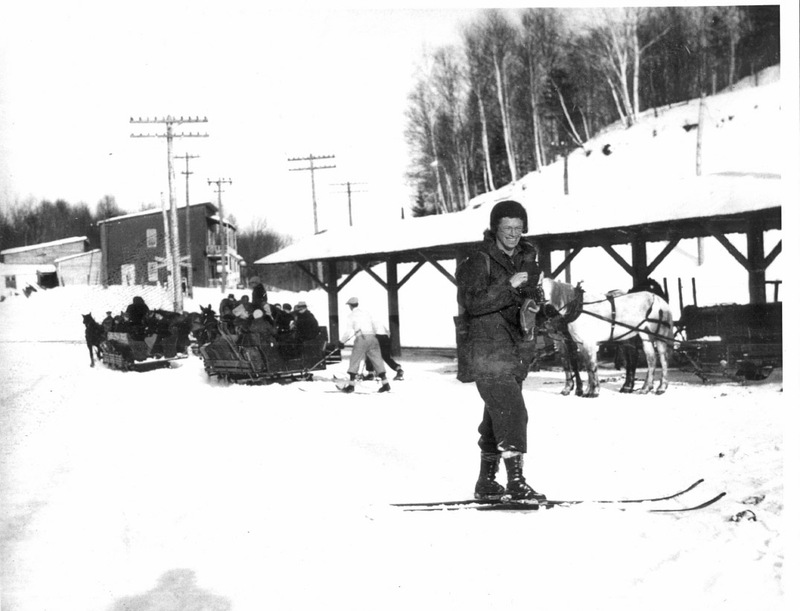 In 1920, the chalet was destroyed by fire. They soon rebuilt, bigger and better, and successfully resumed operations the following year. In winter, the complex offered 100 kilometres of cross-country ski trails, downhill ski runs, an ice rink, two ski jumps and a toboggan run. In summer, Lac Lucerne, an artificial lake resulting from a dam, provided an ideal spot to swim and canoe. It wasn’t long before they added a pool, tennis court, a riding stable and several rustic Swiss chalets. 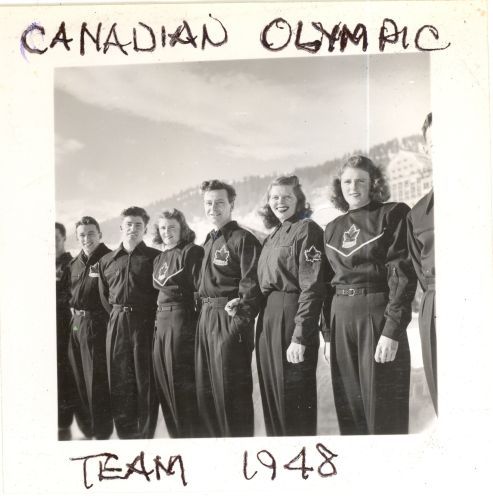 In 1924, Émile Cochand founded the Laurentian Resorts Association with fellow hotel owners and presided over the group as president until 1936. The group’s dynamism and the ski demonstrations performed by the Cochand family in the United States contributed largely to the development of the Laurentians as a leading ski resort destination. 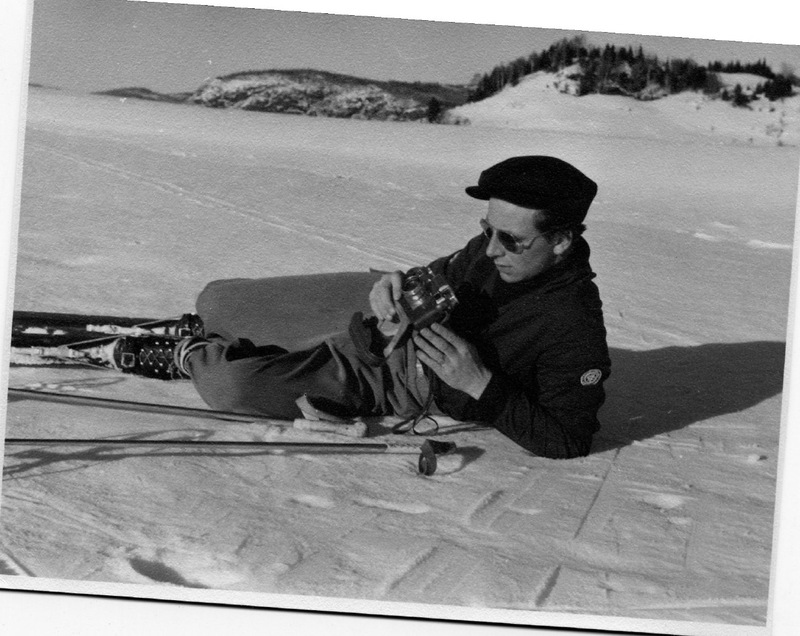 The Chalet Cochand was in its heyday during the 1930s, with the installation of the country’s first J-Bar mechanical lift (1936) and the first chairlift (1938). Furthermore, beginning in 1927, both CN and CP snow trains served the region. Emile’s sons – Louis, Émile II and Pierre -  were talented skiers and stood out at numerous competitions, with many taking place at the Chalet Cochand. Louis went on to participate in the Olympic Games before becoming a coach for the Canadian team. 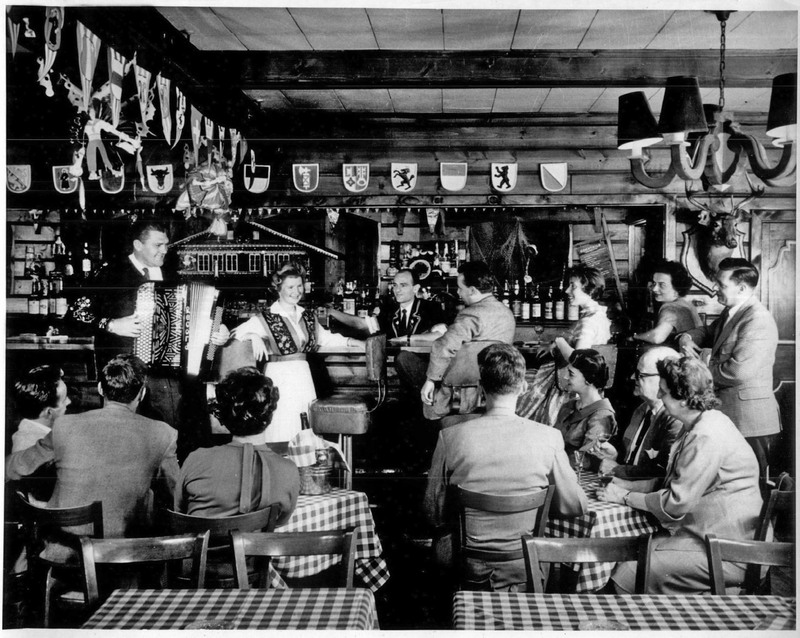 The Chalet’s popularity picked up once again, particularly in the 1950s, under the management of Louis Cochand. Skiing, like the automobile, was once considered a privilege reserved only for the elite. Thanks to the Chalet Cochand, it had become accessible to a wider public.

The family sold the complex in 1966. The Chalet Cochand became the Auberge Yvan Coutu, then Auberge Lac Lucerne, before finally being demolished in 1990. 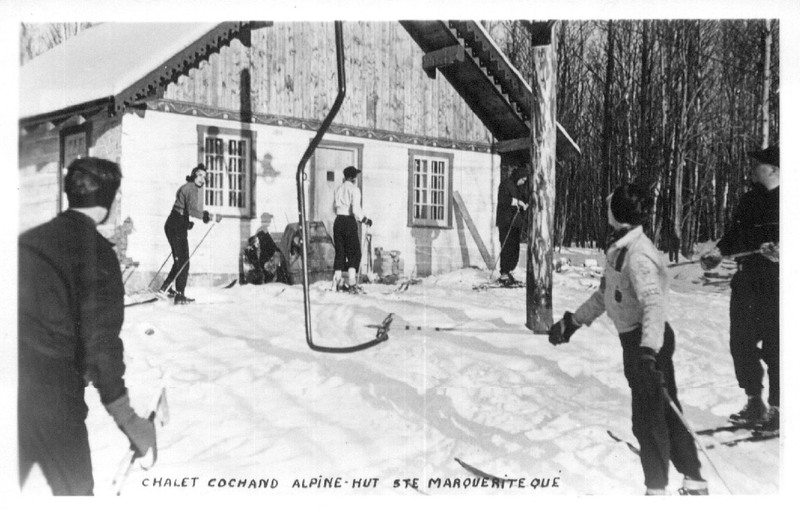 Of the complex facilities, all lifts and installations were removed, save for five Swiss chalet buildings that remain as private residences. 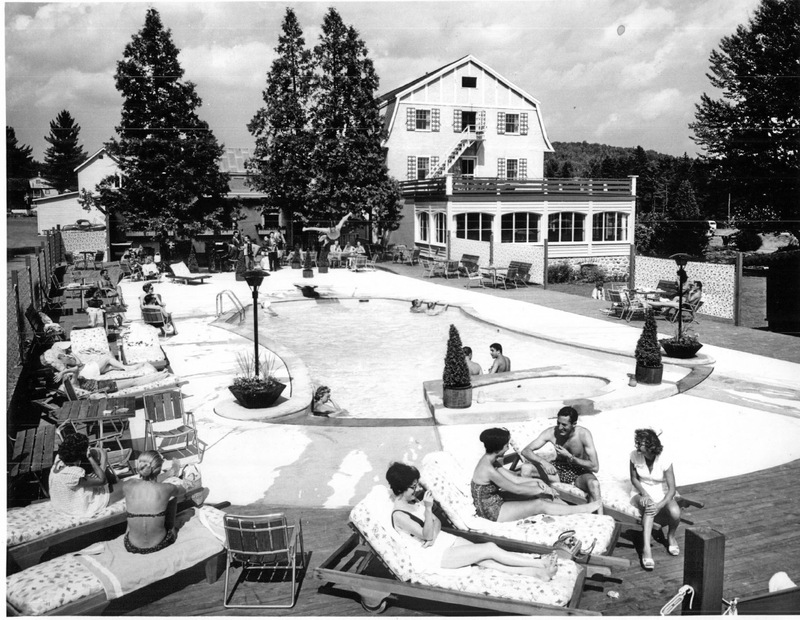 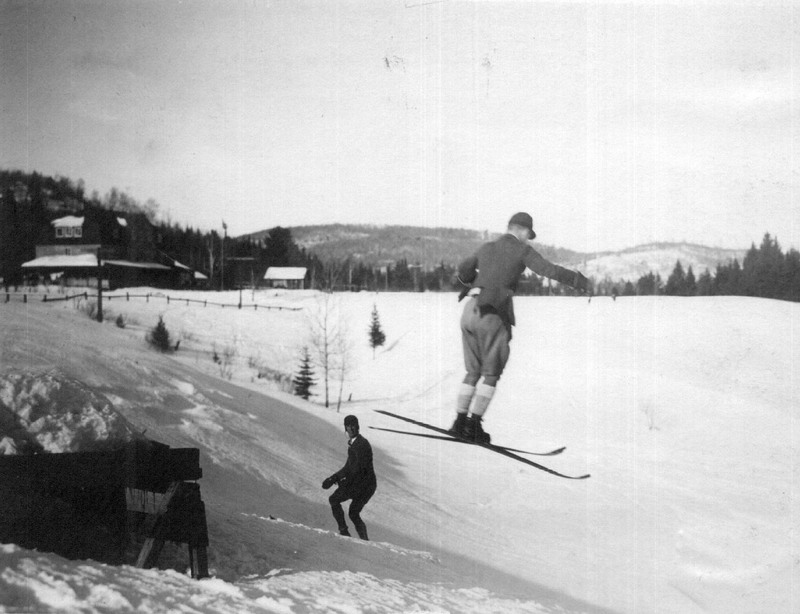