The township of Howard of yesteryear 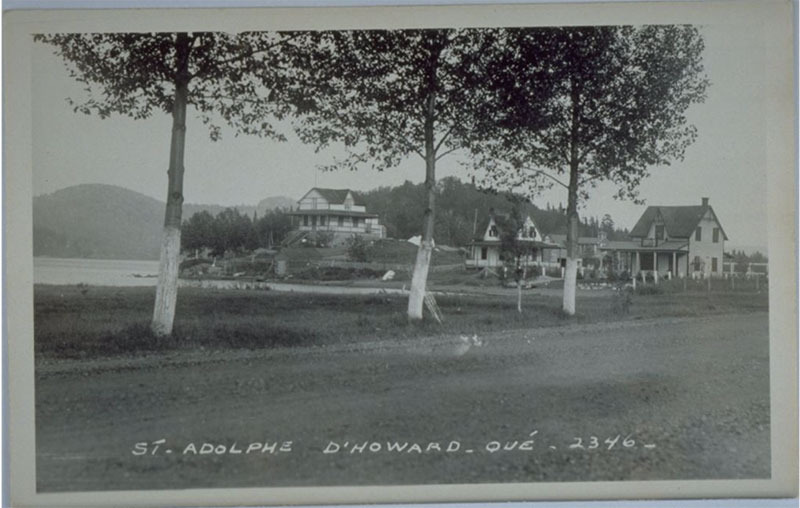 Origin of the appellation

Howard Township (1873) was named in honour of Sir Frederick Howard, Commissioner of the British Colonies in North America sent from England to pacify the Americans during the War of Independence (1775 – 1783). 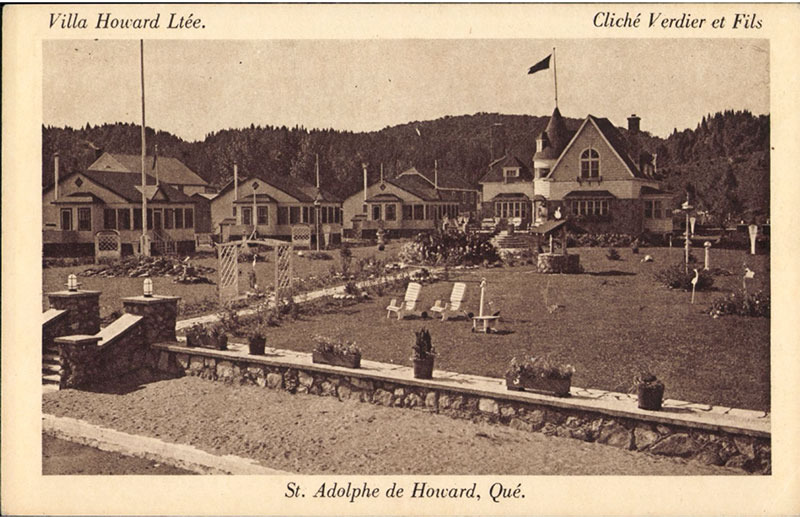 Adolphe, according to custom at the time, paid tribute to Curé Adolphe Jodoin, founder of the first local Catholic mission in 1879. The municipality of Howard Township changed its name to Saint-Adolphe-d’Howard only in 1939. 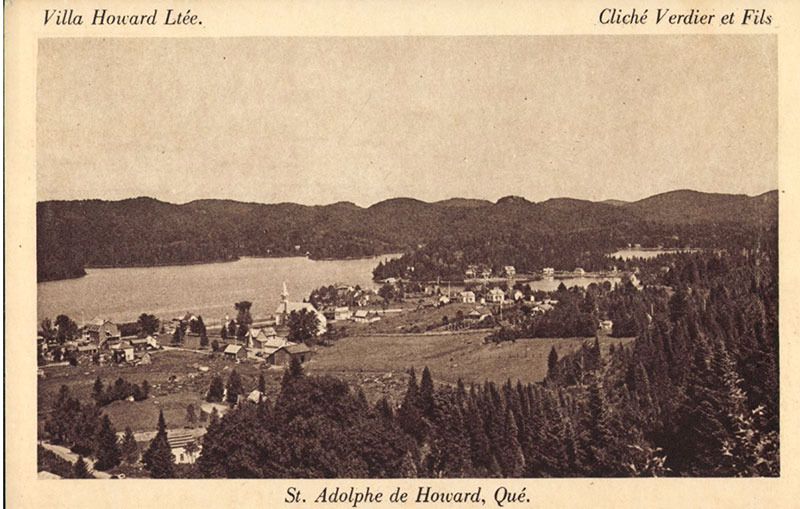 Before the arrival of the train at the end of the 19th century, life in Upper Laurentian villages was marked by poverty. In the area’s rocky, acidic soil, colonists struggled to grow hay for their cattle, oats for their horses and wheat for themselves. A parish priest had to have the heart of a missionary: “Never have I seen such misery, and this is just the beginning. Each day, they come to cry and ask for some flour. I reply by saying that I am ever poorer than they.” Curé Jodoin even asked himself how long he could stay in a house without a foundation.

View of the church 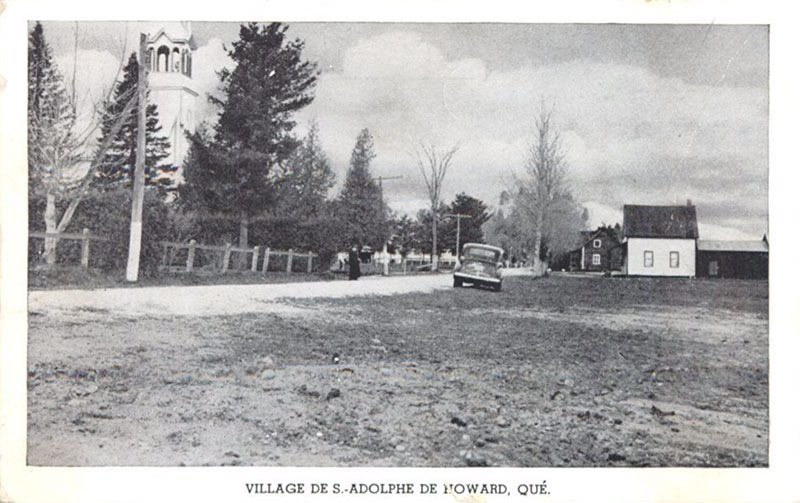 A local entrepreneur named Victor Bergeron was hired to build two-story log cabin, large enough to house 25 young men and with a 3-metre wide porch across the entire façade. In its first few years of operation, Camp Otoreke – Iroquoian for “north” – welcomed 80 campers over seven weeks at a cost of 34 dollars per person, including full room and board for all seven weeks and transportation to and from Montreal. 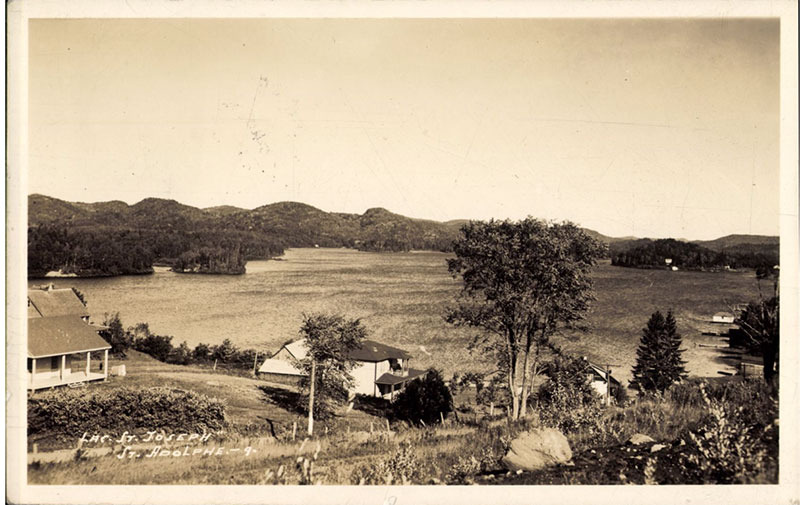 The camp obtained supplies from local farmers and purchased items such as molasses, tea, rice, salt and pepper from the Bergin and Corbeil General Store. 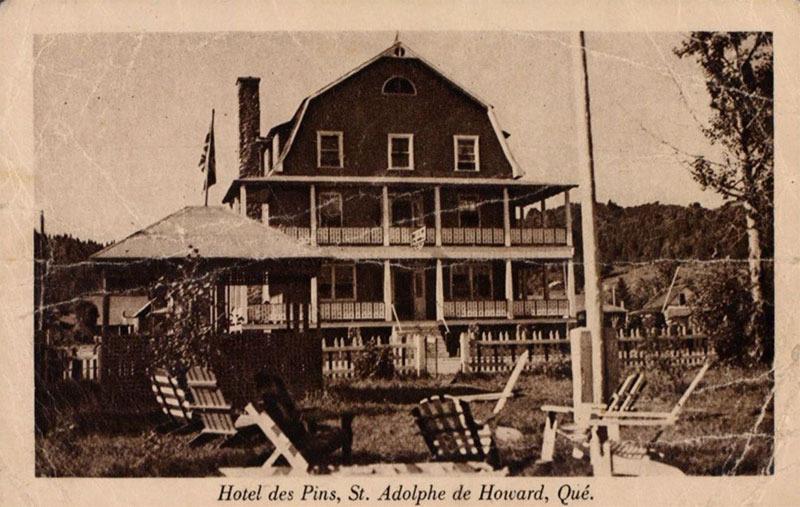 The creation of Camp Otoreke marked the beginning of a wave of tourism for Saint-Adolphe that never dried up. In 1926, Msgr. McShane founded Camp Kinkora on a 3-km2 piece of private land for English Catholic children. Philanthropist Charles Pripstein built a camp for Jewish children. Vacationers to the area came from Quebec, Canada, the United States and even South America. On the French-language side, Sulpicien Arthur Guindon founded Camp Goéland on Lac Gémont, a summer vacation spot for the clergy. Beginning in the 1940s, the camp offered camping sites for Collège Grasset students. 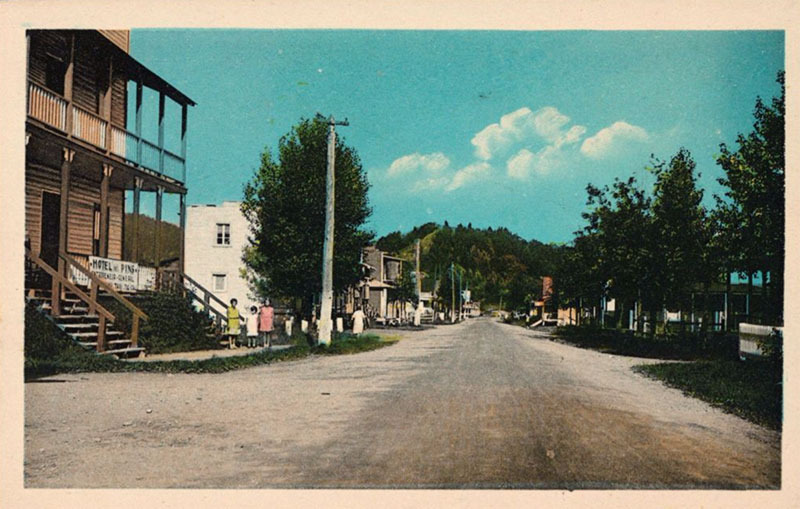 At the beginning of the 20th century, the Morgan family, who owned stores of the same name, owned a wooden mansion, with porches and turrets, close to Lac Sainte-Marie. In addition to the regular outbuildings, the property included a wooden pool, a tennis court and an icebox with immense blocks of ice cut from the lake itself. 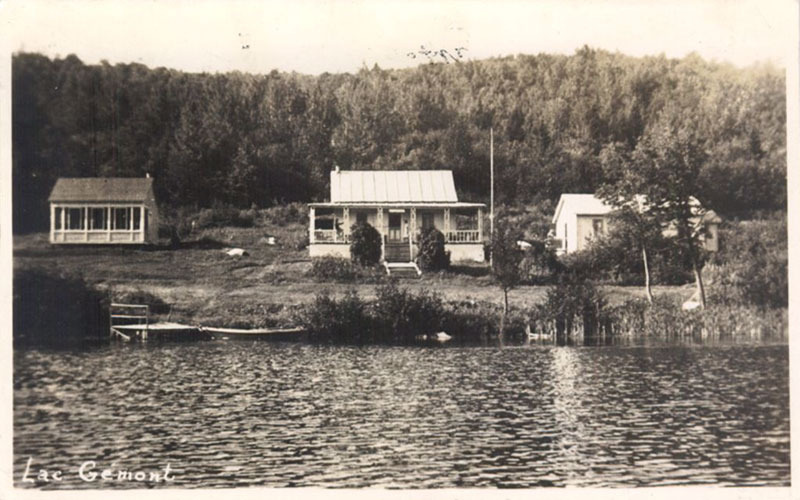 In the village, the wives of Freddy Lajeunesse, Wilfrid Massie and Léo Corbeil welcomed many guests to their boarding houses. Mrs. Charles Rinfret’s La Paix boarding school offered French courses for 28 dollars per week, including room and board (1939). It was, however, the Villa Howard that earned the best reputation in the area: with its small, individual cottages, large beach and evening firework displays, it was coined the “Miami of the Laurentians” in the 1950s. 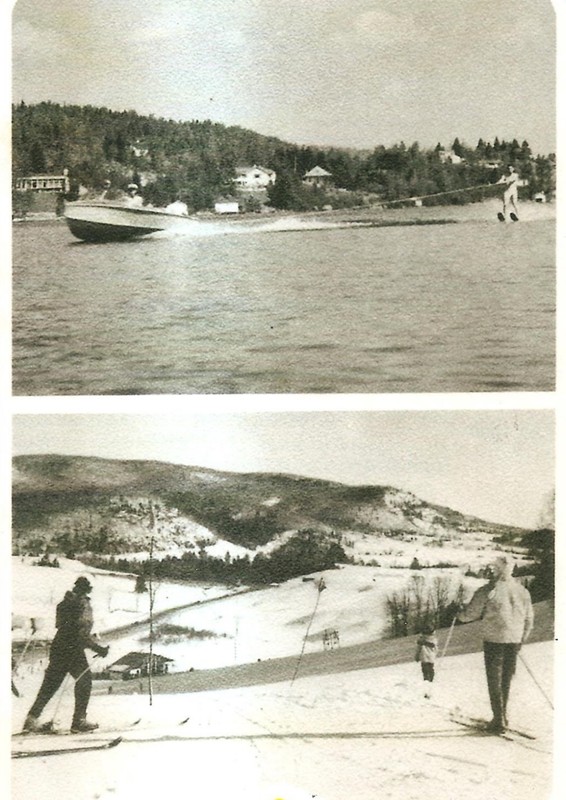 Saint-Adolphe’s somewhat remote location – some 11 kilometres away from the train station in Sainte-Agathe-des-Monts – was a deterrent to the development of winter tourism based on skiing. That said, when the P’tit Train du Nord ceased operations and the Laurentian Highway was being built in the 1960s, the municipality fared far better than its neighbours who had become dependent on the tourism industry. Other factors, such as the construction of a Canadian Armed Forces military base and radar station, provided the local economy with stability. 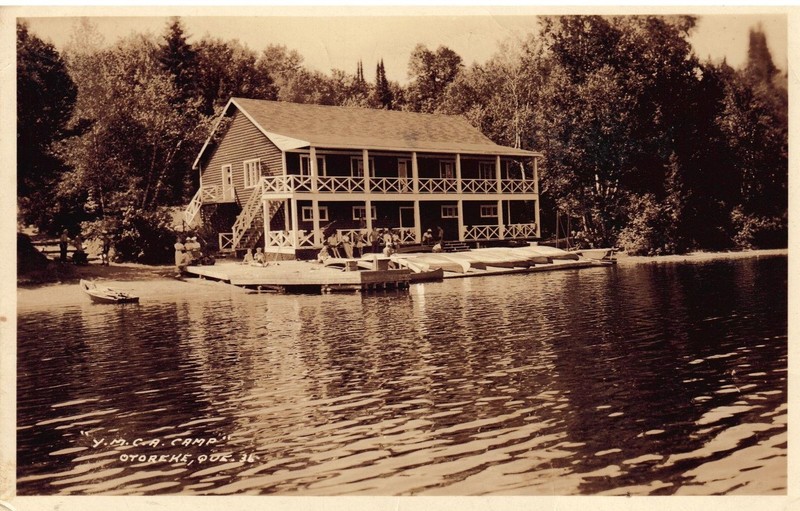 With 85 lakes in Saint-Adolphe, many waterfront properties were developed across the territory in the 1960s, with some developers going so far as to create man-made lakes where there weren’t any. Vacationers of yesteryear began to settle permanently in the area. Today, Saint-Adolphe remains a popular tourist destination. Ski facilities have improved greatly with the addition of Mont Avalanche (downhill) and the Centre Plein Air outdoor centre (cross-country). Summer camps Pripstein and Kinkora are active to this day, in addition to the Camp musical des Laurentides music camp. Waterskiing and wakeboarding are common summer activities. Fishing is also very popular, given the wealth of black bass, walleye, muskie, rock bass and rainbow trout found in the area’s many lakes. 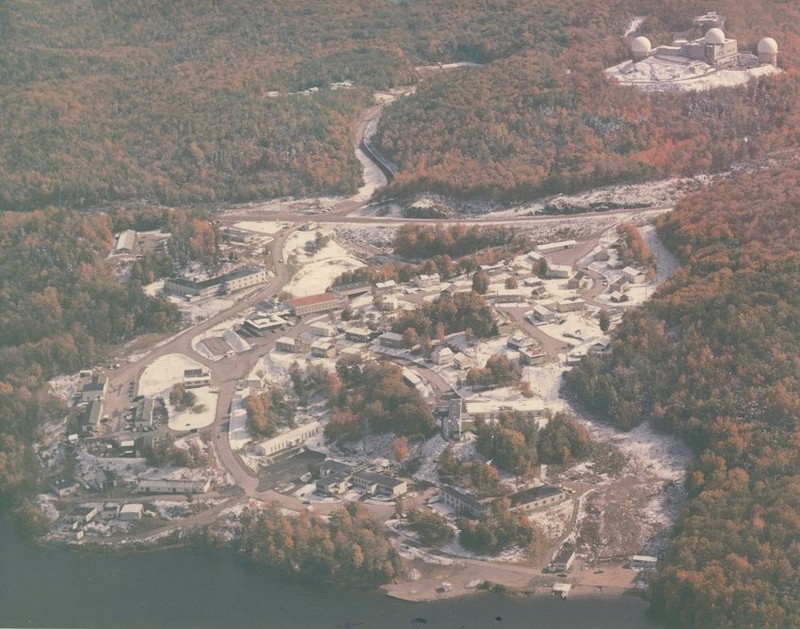 Aerial view of the military base, October 1974.

Extract of
The Pays-d’en-Haut: a Jewel of Leisure and Recreation