Heart of Saint-Sauveur | The tame nature 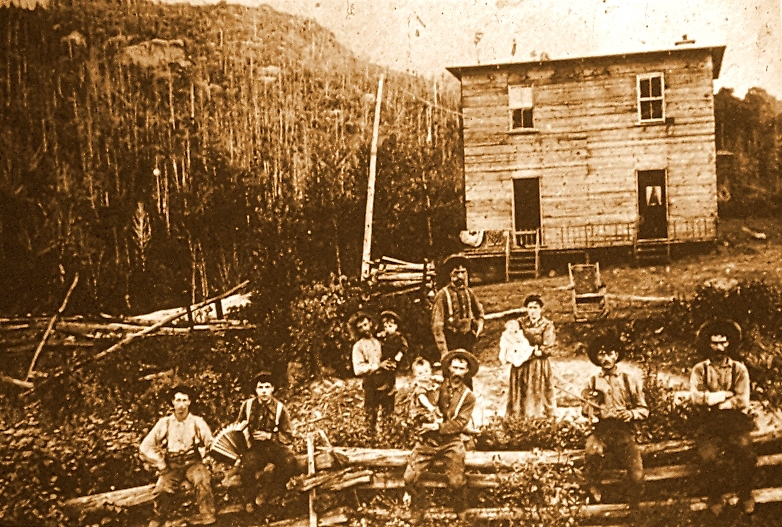 “The remote, dense forest began five or six miles away from the Saint-Jérôme church. (In the north), there wasn’t anything else beyond that, save for an ephemeral spring and an illusive summer.”
(Arthur Buis, Chronicle dated August 24, 1882)

Urged on by Curé Labelle, colonists began to settle in this forest, working tirelessly to transform it, little by little, into habitable land. Among these hardy souls were Jean-Baptiste Desjardins, Théophile Guindon, Antoine Paquin, Léon Raymond and Orphir Demers. Their reasons for coming were varied; some chose to escape the troubles of Saint-Eustache for the peace of the mountains. By 1850, 263 colonists had settled at the Circoncision mission, which would become the Parish of Saint-Sauveur five years later. 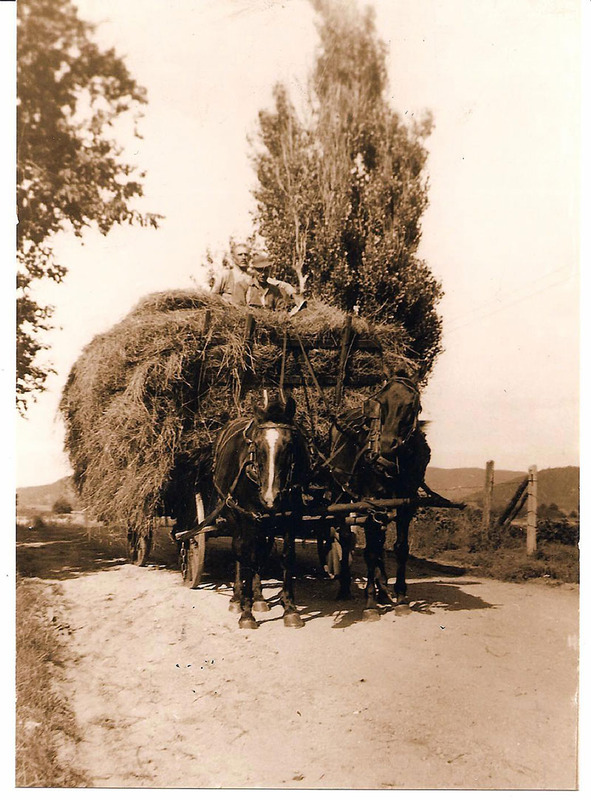 Work was hard and the entire family pitched in. Women and children took care of the everyday chores, milked cows and cut firewood while men worked in logging camps or at building the railroad for 10 or 12 cents an hour. Given the rocky soil, settlers turned to raising livestock and cutting timber to sell in Montreal. Not long after, forges, tanneries, dairies, mills and other industries of the time came to the area. 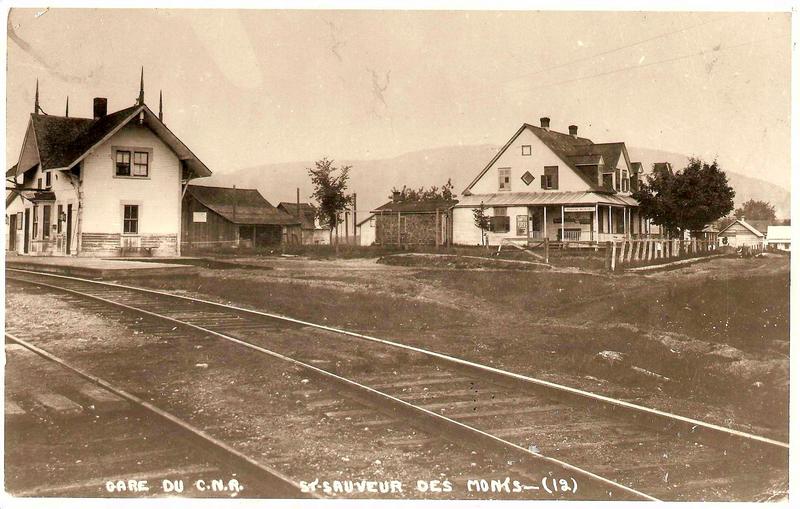 The village emerged from its relative isolation with the arrival of the train at the end of the 19th century. Later, the advent of the automobile, construction of route 11 (known today as 117) and then highway 15 in 1962 each, in turn, provided a boost to the village economy.

Like all Quebec villages, Saint-Sauveur developed around its rue Principale, or Main Street, first entitled chemin du Grand Ruisseau, along which gathered businesses, services and important people such as mayors, merchants, doctors and other public figures.

From the 1880s, farmers sold their products to the Edmond Brosseau dairy located on Main Street. In 1909, basic supplies could be purchased at the general store owned by Mayor François-Xavier Clouthier. 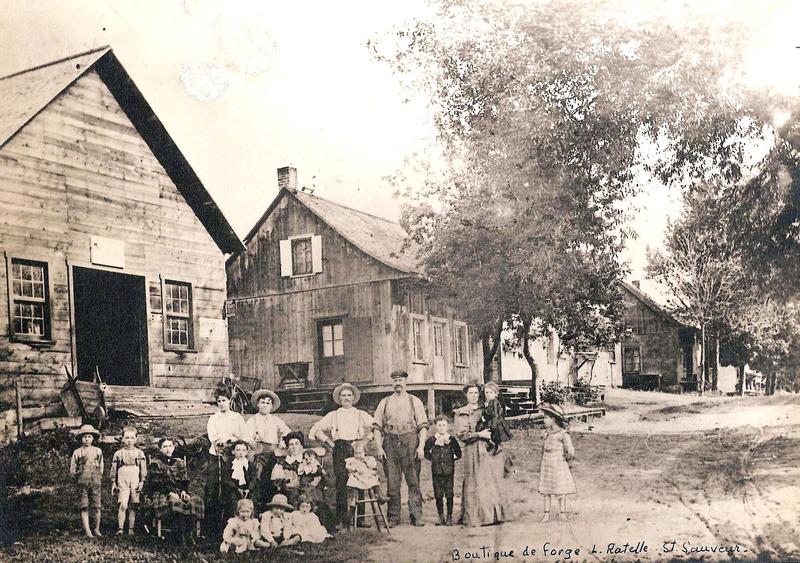 In 1929, the village of Saint-Sauveur included 37 houses and some businesses, including the Pagé bakery, the Ratelle Forge as well as the Jules Beauchamp Forge, located beside Albert Forget’s barber shop. The houses of Doctor Joseph-Octavien Lapointe and Notary Joseph Cavalier were located along Main Street. The notary’s house also served as the post office.

With the arrival of the first snow trains in 1892 travelling as far as Piedmont, Saint-Sauveur’s Main Street was overrun in the winter by an increasing number of skiers and vacationers. They filled up the hotels and even stayed in private homes, in return for payment, of course! 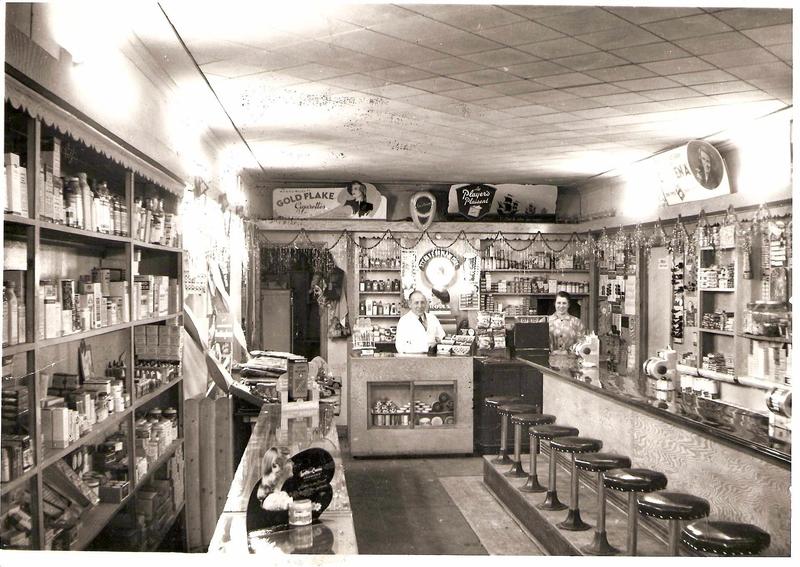 From 1849 to 1853, when it came time to purchase supplies, colonists had no choice but to travel by foot to Saint-Jérôme, some twenty-five miles away. Jean-Baptiste Dufresne and his wife told the story of how they went three months with eating potatoes cooked in ash and drinking maple bark tea.

Natural products were used to cure illnesses: pine gum healed cuts; herbal teas made of mint, hemlock bark or wintergreen boosted energy; mustard plasters relieved chest congestion; and, not to forget the most natural drink after water and milk: Canadian whisky, at five cents per glass, that cleared the throat and warmed the body.

At the end of the 19th century, Patrick Goyer delivered loaves of white bread for 7 cents each in a horse-drawn buggy. At the general store, a dozen eggs cost 12 cents, a pound of butter in a tub cost 15 cents and a fattened rooster cost one dollar. The Aubin family operated a restaurant across from the church, while the three hotels along Main Street - the Pension Michel boarding house, the Hôtel Plouffe and the Hôtel Camille Beaulieu – offered bar service.